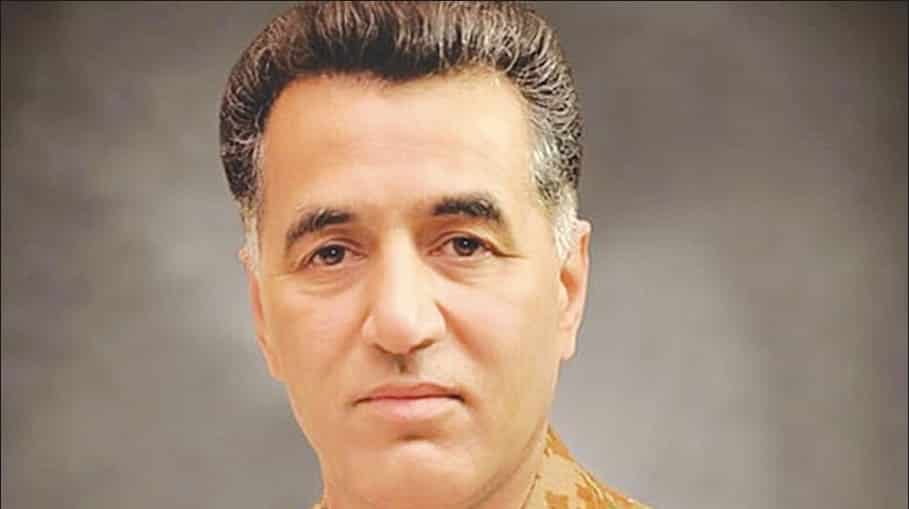 …by Sajjad Shaukat, for Veterans Today

In this regard, as part of the continued propaganda campaign against Pakistan Army and ISI, on June 21, 2019, an article by Ayesha Siddiqa under the caption “New ISI Chief Faiz Hamed a manipulator picked by army chief Bajwa to be his master’s voice” left no stone unturned in maligning country’s key security agencies, while describing Lt. Gen. Faiz as a hardliner.

It is regrettable that some of the Pakistani liberals and self-styled champions of freedom of expression like Ayesha Siddiqa who seem in collusion with Indian security agencies forget that Pakistan bashing is in not interest of Pakistan.

In this respect, by ignoring ground realities which Pakistan Army and ISI are facing in maintaining the internal and external of the country, Ayesha wrote:

“Lt Gen. Faiz Hameed, the new Inter-Services Intelligence (ISI) chief, has raised eyebrows not due to his appointment but because he replaced Lt Gen. Asim Munir, who was appointed just eight months ago.

This creates an impression that Faiz Hameed brings more to his boss’s [Army Chief] table than his immediate predecessor. The change has ensured for him the title of being ‘his master’s voice’ and the fact that this will have an impact on the politics inside the organisation for the short to medium term…a new head of the ISI will not or cannot tamper with its strategic goals.

He will not interact with the jihadis on his own or eliminate them because he doesn’t agree with the idea. However, his relationship with the army chief, the ISI and the rest of the army will have an impact on his ability to perform…Qamar Bajwa, who had taken over the command of the army by then, brought his own man to head the ‘C’ wing of the ISI responsible for counter-intelligence, which means a hand on the political pulse of Pakistan and on the organisational pulse of its army…General Hameed could have continued as Adjutant-General had Bajwa not gotten restless and brought him back to the ISI…The shift will certainly leave a mark on the relationship between the army’s spy organisation, Military Intelligence…Bajwa’s influence leaped further…when he was included as a member in Prime Minister Imran Khan’s newly created body for Pakistan’s economic revival…the National Development Council.”

However, following the anti-Pakistan entities’ approach, Ayesha Siddiqa neglected the facts. She must know that Pakistan’s Armed Forces have successfully broken the backbone of the foreign-backed terrorists by the military operations Zarb-e-Azb and Radd-ul-Fasaad which have also been extended to other parts of the country, including Balochistan province and Karachi.

Army and ISI have broken the network of these terrorist groups by capturing several militants, while thwarting a number of terror attempts. Peace has been restored in various regions of Pakistan, including Karachi and Balochistan.

But, foreign elements have, again, started terror attacks in Balochistan and other regions of the country which show that the US-led India, Afghanistan and Israel want to weaken Pakistan and to damage the China-Pakistan Economic Corridor (CPEC).

TTP based in Afghanistan has its connections with ISIL and other terrorist organizations and affiliated terror groups, including Baloch separatist elements, and all these outfits are promoting the anti-Pakistan agenda of the external entities against Pakistan.

As part of the double game, American CIA, Indian RAW, Israeli Mossad and Afghan intelligence agency, National Directorate of Security (NDS) which are in collaboration, are using these terror groups in weakening Pakistan and especially Balochistan in order to fulfill the covert strategic aims of the US-led India and Israel against Pakistan, China, Russia and Iran.

As Pakistan is the only declared nuclear country in the Islamic World, hence, America, India and Israel have been acting upon their collective agenda to destabilize it. Besides, after the shift of the Great Game from Central Asia to Pakistan (Balochistan), the country has become a special target of the CIA, RAW and Mossad, which are in connivance in supporting various terror-related attacks in various cities, including separatist elements in Balochistan province.

It was due to the corruption-practice of the previous regimes that at this juncture, Pakistan is facing multi-faceted crises and challenges like corruption, soaring prices, energy-shortage, unemployment, crimes, lack of health facilities, and dependence upon the US-led developed countries, IMF and World Bank for financial aid.

And under the leadership of Prime Minister Imran Khan, anti-corruption drive by the institutions is going on independently, where the military is not interfering, though rendering all possible assistance in eliminating of corruption. But, writer like Ayesha is exploiting anti-corruption drive of the government in negative terms.

In fact, the appointment of Lt-Gen. Faiz Hameed as the new Director General of ISI is a routine matter which barely attracted any attention at all, except among the country’s liberals and the Indian media, with the two coming together through Ayesha Siddiqa’s article.

Its provocative title clearly show that the main aim of the article is to spread disinformation—assault on multiple targets such as civil-military relations—ISI and the Army in order to create wedges among the key institutions of the country.

It is mentionable that Dr. Ayesha Siddiqa is an active member of the US-based “South Asians Against Terrorism & For Human Rights” (SAATH) Forum-an ultra-liberal platform run by former Pakistani Ambassador to the US Husain Haqqani who describes himself on his official website as “an India-friendly Pakistani currently living in exile in the US”.

In his latest book, “Reimagining Pakistan: Transforming a Dysfunctional Nuclear State”, Husain Haqqani maligned Pakistan, its security agencies, while targeting country’s ideology and nuclear weapons. Painting a dark picture of the country, Haqqani has distorted the image of Pakistan and its armed forces, while showing Pakistan a fundamentalist state in line of the external propagandists.

As regards Husain Haqqani, while serving as Pakistani ambassador, he was protecting American interests. He had issued visas to many CIA agents like Ramond Davis to destabilize Pakistan. Besides, working at various American institutes, Husain Haqqani developed secret liaisons with Indo-Israeli lobbies and became covert element of anti-Pakistan campaign.

Particularly, this could be judged from his book, titled, ‘Pakistan: Between Mosque and Military.’ In this book, Husain Haqqani targeted both military and Islamic ideology.

While pointing out relationship of the Pak Army and ISI with the Islamic militants, Haqqani allegedly wrote, “since September 11, 2001, the selective cooperation of Pakistan’s military ruler, General Pervez Musharraf—sharing intelligence with the United States and apprehending Al Qaeda members—have led to the assumption that Pakistan might be ready to give up its long-standing ties with radical Islam.” He advised America, “Washington should no longer condone the Pakistani military’s support for Islamic militants.”

American famous writers and authors exaggeratedly praised the book of Husain Haqqani, as it was in accordance with the hidden agenda and blame game of the US and Indian high officials and their media and which still continue against Pakistan and its security agencies.

Especially, Stephen P. Cohen, author of the book, ‘The Idea of Pakistan and The Pakistan Army’ allegedly wrote, “We are in Husain Haqqani’s debt for providing the authoritative account of the linkages between Pakistan’s powerful Islamists and its professional army.”

It worth-mentioning that Haqqani was found guilty by a Pakistani court of authoring a memo in 2012 requesting America’s support against Pakistan’s military, which resulted in a warrant being issued for his arrest and his formal designation as an international fugitive when he failed to comply.

Interpol which is under pressure from former Husain Haqqani’s American patrons, refused to act on Islamabad’s request, so, he remains free to continue operating his ultra-liberal platform and engaging in other provocative activities.

Like Haqqani, Ayesha is also known for her controversial book titled ‘Military, Inc.: Inside Pakistan’s Military Economy’; and criticized military and the ISI.

If anyone read various articles and books written by Ayesha Siddiqa, he can conclude undoubtedly that she, herself, is master’s voice of the US-led anti-Pakistan entities, while the article regarding the new head of Pakistan’s spy agency is part of the propaganda against Pakistan and its Army and ISI.