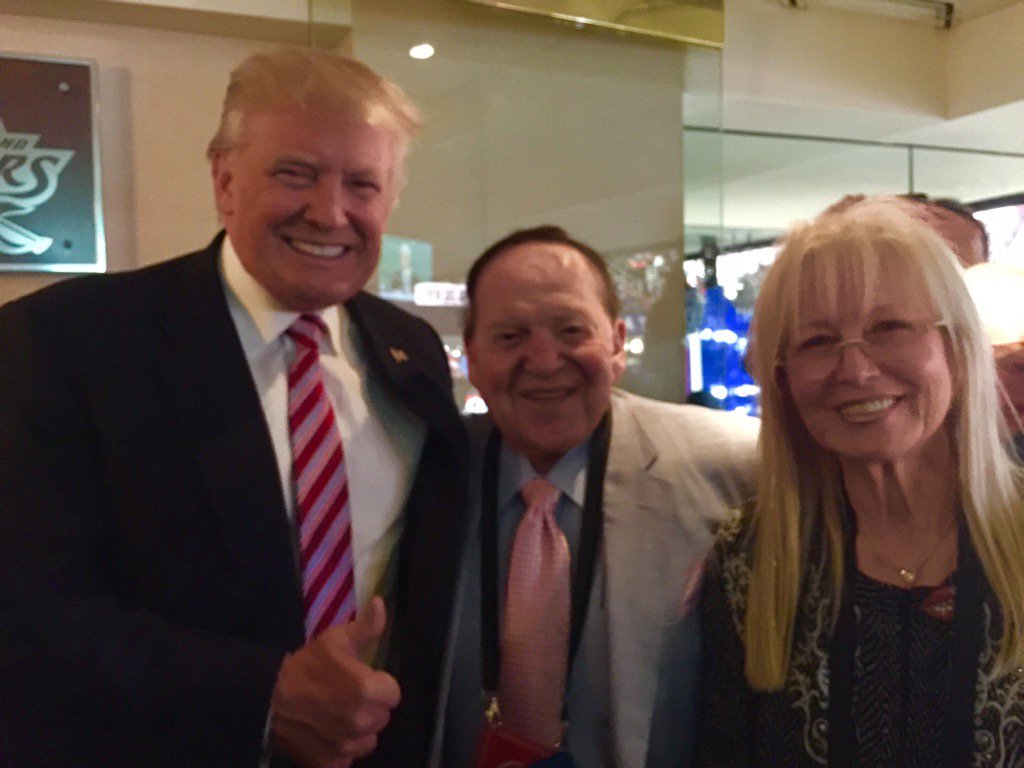 Zionist billionaire Miriam Adelson, wife of Zionist billionaire and casino mogul Sheldon Adelson, wrote an article in her Israeli newspaper Israel Hayom titled A Time of Miracles. The article takes the position that we are now living in a time of miracles due to Donald Trump.

In her article, Adelson praises Donald Trump for being the first US president to recognize illegally and brutally Israeli occupied Jerusalem as the Jewish state’s capital and moving the US embassy from Tel Aviv, Israel’s legal capital, to Jerusalem. She also showers accolades on Trump for recognizing the illegally occupied Syrian Golan Heights as being part of Israel and for reneging on the nuclear agreement with Iran, China, Russia, Germany, France and England.

In one case of praising Trump in her article, she exposes her Jewish superiority. She wrote:

Trump and his senior staff have also dispensed with the useless mold of the so-called peace process, which had been bunged up by dishonesty and hypocrisy. Their administration has made clear that the Middle East must come to terms with an Israel that is proudly permanent in the land of Zion – an Israel whose Jewish roots run deepest and whose ancestral, sovereign claims are without equal.

This Hebrew Bible-based attitude of Jewish superiority is an essential part of Israel’s Jewish nation-state law that became law in Israel in 2018. The law declares all of Jerusalem is Israel’s capital and the right of national self-determination “is unique to the Jewish people.” Not surprisingly, this law upsets Israel’s Gentile citizens and many freethinking Jews.
Miriam Adelson went on to write:

By rights, Trump should enjoy sweeping support among US Jews, just as he does among Israelis. That this has not been the case (so far; the 2020 election still beckons) is an oddity that will long be pondered by historians. Scholars of the Bible will no doubt note the heroes, sages, and prophets of antiquity who were similarly spurned by the very people they came to raise up.

Would it be too much to pray for a day when the Bible gets a “Book of Trump,” much like it has a “Book of Esther” celebrating the deliverance of the Jews from ancient Persia?

Perhaps, if Trump sacrifices American lives and tax dollars in a war against modern Persia, Iran, for the benefit of the Jewish state of Israel, just as George W. Bush did regarding the Iraq War, he will make his way into the Bible with the Book of Trump.

It’s interesting and important to note that Donald Trump started his campaign as being neutral in regards to Israel and Palestine. However, after he met with Sheldon and Miriam Adelson and received millions of dollars for his campaign from the warmongering and Israel over all Adelsons, he changed his position from being neutral and putting America first, to being rabidly pro-Israel and putting the Jewish state’s interests first.

If Trump really wants to put America first, he needs to follow the advice of the Deist George Washington. Washington, in his Farewell Address, warned us against favoring any foreign nation, stating that “nothing is more essential than that permanent, inveterate antipathies against particular nations, and passionate attachments for others, should be excluded; and that, in place of them, just and amicable feelings towards all should be cultivated” and “a passionate attachment of one nation for another produces a variety of evils. Sympathy for the favorite nation, facilitating the illusion of an imaginary common interest in cases where no real common interest exists.” It’s dumbfounding that this speech of George Washington’s is read every year in the US Senate – a Senate full of traitors who are bought and paid for by Israel and its wealthy and powerful lobby.