Home Government NEO – Trump has failed Russia, It must be accepted 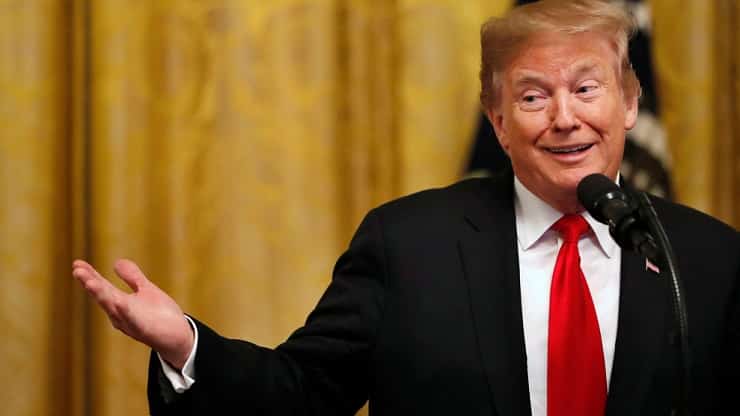 The promise was there, a partnership instead of senseless animosity. Russia was ready, but America was still being led around by Cold War relics, or so it seemed. That hypothesis, one Russia had accepted, may well have been wrong. Trump was supposed to be a solution, but what is he really?

Some of us have known of Trump or worked in his circles for years, seen his financial disasters and know well why his former attorney, Michael Cohen, was so very right when he called Trump a “con man and cheat.” It is so much more than that.

To start with, despite the rhetoric and promises, Trump has attacked Syria over and over, been caught backing ISIS, and is in the process of moving forward military resources for an attack on Iran.

Past that, Trump bought in on the fake Skripal poisoning scandal – a scandal because it is so thin, so contrived, only a child would believe it. Trump bought it all, and used it as a ploy for sanctioning Russia even more.

Trump has confronted Russia in the Arctic; has tried to undermine Russian gas pipeline deals with Turkey and the EU; has violated every treaty with Russia, most recently the INF treaty, which is the basis for the détente of the 1990s and the promise of world peace.

Instead, he has moved back the clock, and even threatens to move American nuclear weapons and AEGIS anti-missile radar into Belarus and Ukraine, the Balkans and Poland, ringing Russia like Truman tried to do in 1947.

If you can’t use these facts alone to define “fail,” what else is needed?

The Cohen testimony that ended February 2018, particularly the closed-door sessions, tell the story that should always have been listened to. Along with that, former CIA agent, Robert David Steele makes it clear as well, Trump may well not be in charge at all but rather is under someone’s thumb.

Steele suggests that is Jared Kushner, Trump’s son in law, a clean-cut young man from a New Jersey crime family who, according to the most cursory examination, has cozied up to Saudi Arabia and is pushing for a world war, simply to line his own pockets.

Kushner also looks very much like a tool of the Israeli Likudists, the extremist faction run by Benjamin Netanyahu. In fact, so do many around Trump. More than that, so do almost all members of congress from Trump’s Republican Party and far too many of the Democratic opposition as well.

Behind the scenes it is easy to see that managing Russia’s survival and efforts to sustain peace in the Middle East and Europe as well involves dealing with some highly unreliable people. Calling Netanyahu, now facing prison in Israel, unreliable is an understatement. Trump?

A lifelong cheat and con man, if Cohen and so many others are correct, and they are, can only make the situation so much worse. Let’s look at Trump and come to understand why making deals with someone who has never kept his word is a dangerous proposition.

President Trump has hundreds, if not thousands of people under NDA or NCNDA agreements, non-competes and non-disclosures. Here are a few gems:

When rhetoric turns out to be lies, when promises turn out to be empty, when the appearance of strength and character is little more than a veneer for chaos and mental instability, and when nuclear holocaust is put on the table day after day, there can be no easy way out.

Behind Trump and his failings is a US government long in freefall, long corrupted by special interest, the “swamp” that Trump described.

The promise of Trump, new directions, bold moves, some of it has materialized; but with it, divisive rhetoric, lies, promises broken and something more threatening, an American administration more controlled by the Deep State than any other in history.

That term, Deep State, the one thrown around so often, “Deep State” or “fake” this or that, particularly by those of shallow intellect, is quite real.

The promise of Trump may well be smashed by his failures, his lack of character, his continual displays of narcissism and, worst of all, his obvious lack of independence. Is Robert David Steele right? Can America’s house be cleaned, and a new Trump unleashed that can, as promised, break the back of the cabal controlling Washington for so very long?