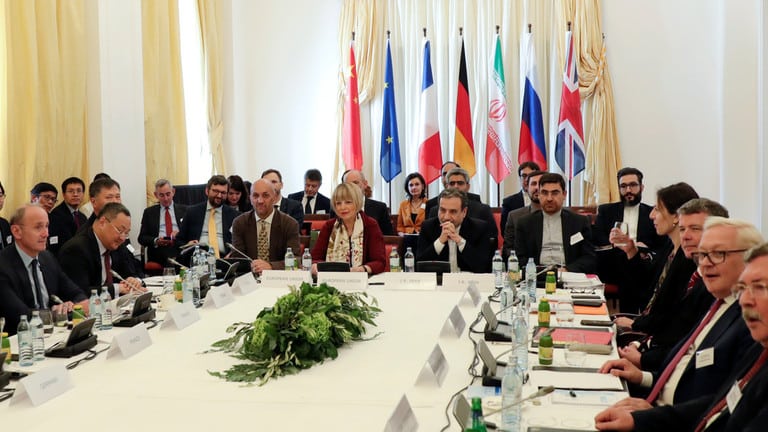 [ Editor’s Note: This news is too little, too late. All the new mechanism is doing is arranging a barter bank for keeping trade balance on goods that have never been under sanctions like food, medicine, etc., but still were often blocked out of “fear” of a seller being tagged as a violator.

The EU JCPOA signatories, with this baby step, something that should have been set up in 60 days, are admitting they will not live up to their JCPOA agreement if the US imposes any penalties against them, surrendering their sovereignty to the US.

So the question is why have these countries been cowered into this position? The answer is simple. The Trump double offensive against Iran and the EU is working, with the EU willing to sacrifice living up to the JCPOA if it is going to hurt them financially. Additionally, we have seen no widespread anti-US public opposition in Europe.

As I have written before, the EU will huff and puff about their concern for a potential Iran nuclear program, but that is obviously not a real concern. The region is already a powder keg due to its non-compliance, and the EU is fine with that, as long as there is no cost to them. So their signatures on agreements are not worth much either… Jim W. Dean ]

A special trade channel that will allow European firms to bypass American sanctions on Iran is operational – that was the outcome of the meeting between the countries who signed the nuclear deal ditched by US.

The EU called the Joint Comprehensive Plan of Action (JCPOA) a “key element of global nuclear non-proliferation.” The deal was in limbo after Washington left it a year ago and started piling up sanctions on Tehran, hampering its trade with other countries.

Now French, British and German officials say the trade mechanism, dubbed Instex, is operational. The mechanism would facilitate transactions between European and Iranian companies, bypassing the need for financial institutions like SWIFT to carry out exchanges. A payment balancing system will allow companies in Europe to buy Iranian goods, and vice-versa, without money-transfers between European and Iranian banks.

Iran has established a counterpart to Instex known as the STFI, which EU officials said will now speed up cooperation with the European trade vehicle.

The statement comes after the remaining signatures of JCPOA gathered in Vienna for a meeting that Iranian ministry spokesman Abbas Mousavi called  “the last chance for the remaining parties…to gather and see how they can meet their commitments towards Iran.”

Tehran has been skeptical about EU’s commitment to the deal and threatened to exceed the maximum amount of enriched uranium allowed it by the deal after US had imposed a series of sanctions on the country.

Participants at the meeting in Vienna also reported progress on other issues, including efforts to modernize Iran’s nuclear infrastructure.

The signatories to the JCPOA reaffirmed their commitment to supporting those projects, which they said were important to the cause of non-proliferation.