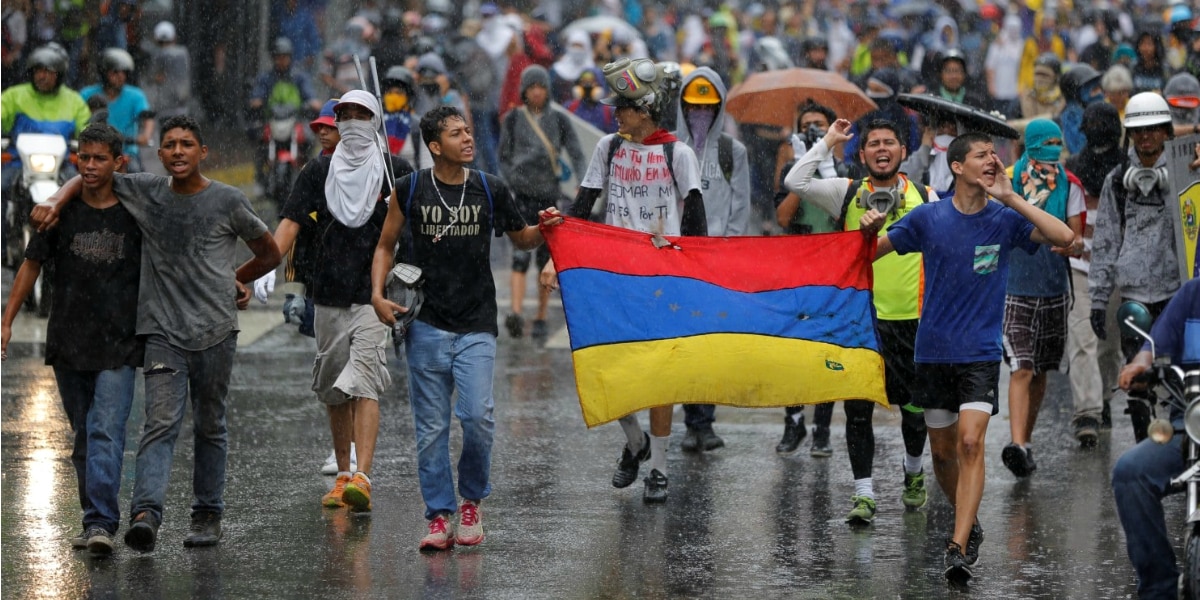 [ Editor’s Note: This story got almost no coverage when it came out. The best update on Venezuela from our stand-up comic president is “Regime change can take a long time”.

That one will go down in the “book of Trumpisms”, maybe in the top ten. The US is now reduced to declaring Russian technical people who serve the equipment that Venezuela has bought, as “military reinforcements”, when they are recycled in and out as their tours are over.

That is really scraping the bottom of the barrel to keep the threat stink on Russia and Venezuela, while the opposition is looting whatever funds the US gave it access to. The intense quiet on that story tells me it is a big scandal, but the White House has moved on to greener threat-scare pastures.

Trump is recycling Iran again, the latest con being to hustle NATO into a constant patrol of the Persian Gulf and Gulf of Oman to “defend” it from Iran. You just can’t make this stuff up… Jim W. Dean ]

The attempted coup reportedly included a plan to assassinate President Nicolas Maduro, according to Venezuelan Minister of Communication and Culture Jorge Rodríguez.

The Venezuelan government has thwarted a military plan to carry out a coup d’état, to free General Raul Isaias Baduel, who has been detained since 2009, and to proclaim him as president, Venezuelan Minister of Communication and Culture Jorge Rodríguez stated.

Rodriguez said the plan involved both active and retired army officers and was to have been carried out between 23-24 June.

The minister also showed a video with the officer’s confession in which he assured that the plan for the military coup was being executed with the presumed support of the Israeli and American militaries.

​Venezuelan President Nicolas Maduro earlier accused the United States of trying to orchestrate a coup in order to install Guaido as its puppet.

In May, Guaido said he was considering asking the United States to intervene in Venezuela in the wake of a failed coup attempt.

Large-scale protests against Maduro began in Venezuela on 21 January soon after he was sworn in for a new term. Venezuelan opposition leader Juan Guaido proclaimed himself an interim leader of the country. A number of Western countries, including the United States, backed his claim while Russia, China, and a host of other countries have voiced their support for Maduro as the only legitimate president of Venezuela.