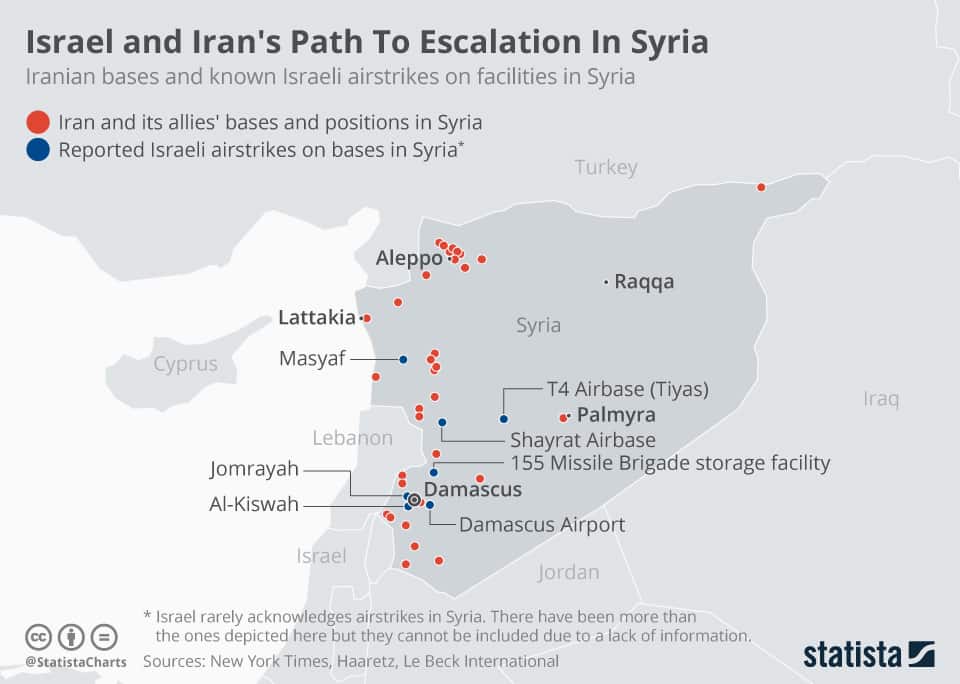 “Israeli authorities are increasingly practicing state terrorism,” Syria’s foreign ministry was quoted by SANA news agency, adding that “the latest heinous Israeli aggression falls within the framework of ongoing Israeli attempts to prolong the crisis in Syria.” Deputy Foreign Minister Faisal Mekdad also warned that “we will change the way we will respond in the future.

The Syrian government filed a complaint against Israel at the United Nations Security Council, calling the strikes “dangerous and hostile.” The foreign ministry added that “Syria underlines that Israel continuation in its dangerous hostile method would never have been done except by the unlimited support offered by the US administration in particular and the immunity from punishment presented by it and known countries at the Security Council.”

According to The Syrian Observatory for Human Rights (SOHR), nine Syrian and foreign pro-government militia members were killed as well as six civilians including an infant. Another 21 people were reported injured in attacks which struck targets around the capital of Damascus, Homs as well as the Syrian border with Lebanon.

SOHR said the several Hezbollah fighters were killed in the strikes which targeted Iranian-linked bases near Homs and at least 10 targets near Damascus, including Jamraya scientific research institute, arms depots belonging to Hezbollah near the Syrian-Lebanese border, a research center in Homs, and an airbase south of Homs that is used by Iran and Hezbollah.

A satellite photograph released by the Israeli intelligence firm ImageSat International (ISI) showed that the target at the Jamraya institute was a hanger “probably used for storage of advanced weapon systems or another sensitive element which required the mentioned accurate strike.” ISI added that “according to media reports the attacked sites is related to Hezbollah and Iran.”

According to reports, the airstrikes were the largest attacks attributed to Israel in recent years and likely targeted a supply chain of advanced weapons from Iran to Hezbollah through Syria to Lebanon. Speaking on Monday at an annual conference on national security, Mossad Chief Yossi Cohen said that Israel had “no interest in a conflict with Syria, but we will not accept Iran’s entrenchment against us in Syria or for Syria to serve as a logistics base for Iran to transport weaponry to Lebanon.”

Israel has been carrying out airstrikes against Hezbollah and Iranian targets in the war-torn country, and is believed to have previously targeted the facility in 2013, 2017, and in February 2018. Israeli officials have repeatedly voiced concerns over Iran’s entrenchment in Syria and their smuggling of sophisticated weaponry to Hezbollah via Syria, stressing that both are redlines for the Jewish state and that Israel will continue to operate when necessary.

Due to these strikes, Israel has noticed a reduction in weapons shipments, militia fighters, and funds available to the Iranian Revolutionary Guard Corps Qud’s Force Commander Qassem Soleimani for his project in Syria.

Iran has also began moving its assets from areas repeatedly struck by Israel to northern Syria and locations closer to the border with Iraq.