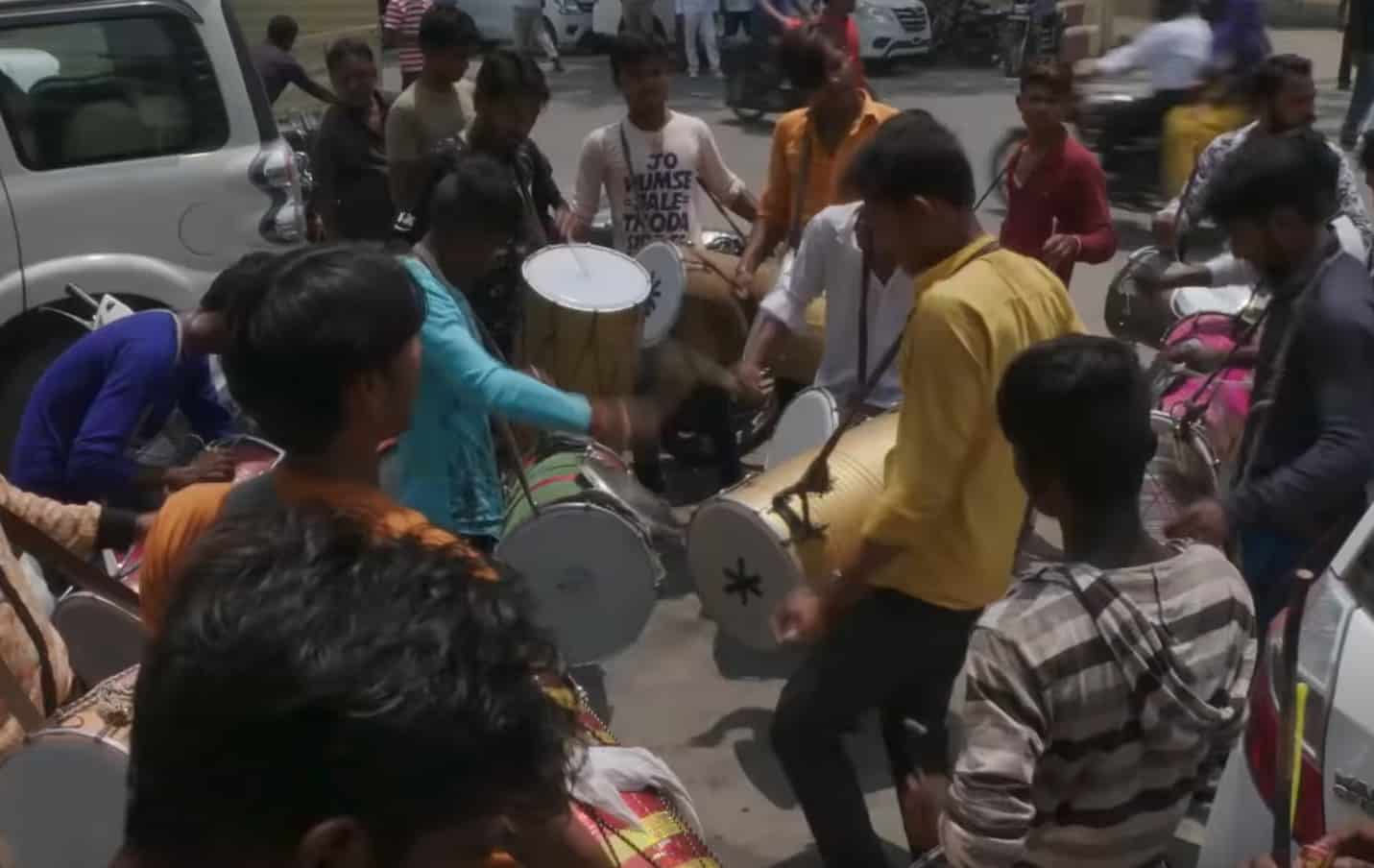 Indian Prime Nerendar Modi’s extremist party BJP had got a land sliding triumph in the Indian elections 2014 on the basis of anti-Muslim and anti-Pakistan slogans. Indian election-campaign against Islam, Muslims and Pakistan enabled BJP hardliner Modi to become Indian prime minister. Whereas, the Muslim community in India had felt alienated, frightened and perturbed, as most of them were also effectively disenfranchised.

Muslims were already aware of Modi’s agenda to reduce the Muslim community in India to second class citizens, and had felt nervous and gloomy. Their anxiety was multiplying due to the fact that during the election-campaign, the BJP was also speaking of Hindu deep seated animosity against Pakistan and Pakistani public.

Hence, since the Prime Minister Modi came to power, he has been implementing anti-Muslim and anti-Pakistan agenda with the support of fanatic coalition outfits.

In this regard, various developments like unprecedented rise of Hindu extremism, persecution of Muslims, assaults on Muslims, including their places of worships and property by the fanatic Hindu mobs, inclusion of Hindu religious books in curriculum, forced conversion of Muslims into Hindus and ban on beef and cow slaughter clearly showed that encouraged by the Hindu fundamentalist groups such as BJP, RSS VHP, Bajrang Dal and Shiv Sena, including other similar parties have been promoting religious and ethnic chauvinism in India by propagating the ideology of Hindutva (Hindu nationalism) which is the genesis of Hindu terrorism.

Besides, continuing false flag operations, on Setember18, 2016, New Delhi staged the drama of the terror attack in the Indian Occupied Kashmir (IOK) at a military base in Uri, close to the Line of Control (LoC) with Pakistan. After the Uri episode, without any investigation, India’s top civil and military officials, including their media started propaganda against Pakistan by accusing that the militants who targeted the Uri base came from Pakistan’s side of Azad Kashmir. India created war-hysteria against Pakistan and started mobilization of troops near the LoC, while claiming surgical strikes on the Azad Kashmir. But, the myth of Indian so-called surgical strikes was exposed, as Indian top civil and military officers could not prove the strikes. Meanwhile, Indian forces also accelerated violations of the LoC by shelling Pakistani side of Kashmir, which still continues.

However, BJP played the same anti-Muslim and anti-Pakistan card to gain votes of a majority of Hindus in the general elections 2019. Hindu majority was mobilized on ‘hate Muslim’ slogans and ‘anti-Pakistan’ jargons, while the incessant and unjust Indian propaganda against Pakistan was beyond anybody’s cognition, which still keeps on going.

Notably, very tension escalated rapidly between New Delhi and Islamabad when on February 27, this year, in response to the Indian so-called pre-emptive air strike near the town of Balakot, close to the border with Pakistan’s sector of Kashmir, Pakistan Air Force (PAF) shot down two Indian Air Force (IAF) fighter jets and launched aerial strikes at six targets in the IOK.

In the aftermath of the false flag terror attack at Pulwama, truth about India’s surgical strikes unmasked, when Indian top civil and military leaders failed in providing any evidence.

The myth of Indian surgical strikes was further exposed, when, referring to the statement of Indian India’s External Affairs Minister Sushma Swaraj who admitted on April 18, 2019 that no Pakistani soldier or citizen died in the air strike carried out by IAF across the border in Balakot, Director General of Pakistan Army’s media wing, the Inter-Services Public Relations (ISPR), Maj-Gen. Asif Ghafoor stated on April 19, 2019: “After India finally admitted that their so-called air strike carried on February 26 in Balakot caused no deaths and casualties…Hopefully, so will be about other false Indian claims [such as] surgical strike of 2016, denial of shooting down of two Indian Air Force [IAF] jets by Pakistan Air Force and claims about F16…Better late than never.”

Afterwards, journalists visited the targeted site of Balakot and Islamabad also released a video which exposed the false statements of New Delhi that IAF fighters targeted the camp of Jaish-e-Mohammad (JeM) and killed 350 militants.

In fact, the false flag terror attack in the Pulwama district of the IOK, which killed at least 44 Indian soldiers, was election stunt of the BJP. Exploiting that episode, a wave of jingoism was created by the BJP-led fanatic parties against the Muslims and Pakistan to win the general elections 2019.

Therefore, as regards the elections 2019, on May 23, 2019, National Democratic Alliance (NDA) won 352 out of 542 Lok Sabha seats, with the BJP sweeping up 303 seats on its own—21 seats more than it won in the 2014 elections. Across most of North and Central India, BJP candidates also won with bigger vote shares and wider victory margins than in 2014.

Owing to the huge mandate of the BJP, violence has been let loose, with “Jai Shri Ram”–a slogan that roughly translates to “Hail Lord Ram”. As Modi was named as the leader of the NDA for a second time, minority communities especially Muslims have made to live in fear by the extremist Hindus.

In this respect, in the aftermath of the election results, news reports have highlighted different cases in which Dalits and particularly Muslims were violently targeted for reasons as varied as allegedly possessing beef, protesting against caste-based discrimination or simply being Muslim. Especially, various incidents of arrests and violent assaults on the Muslims by the Hindus have been recorded.

In an incident, a Santhali teacher in Jharkhand was arrested for a two-year-old Facebook post defending the right of Adivasi communities to eat beef.

In Begusarai district, where Hindutva hardliner Giriraj Singh won the 2019 Lok Sabha seat, a Muslim youth Mohammed Qasim was shot at by a Hindu Yadav on May 26 after his attacker discovered his religious identity.

25-year-old Mohammad Barkat from Gurugram in Haryana was accosted by a group of Hindus who ordered him to take off his skullcap. According to a report of “The Hindu”, the group of men abused Barkat and told him that skullcaps were not allowed in that area. When Barkat told them that he was returning from the mosque after prayers, one of the men slapped him. Barkat told ‘The Hindu’, “When I refused, he threatened to feed me pork…The men also beat me with a stick and tore my shirt before driving away on a motorbike.”

Tabrez Ansari, 22, was caught by a crowd in the BJP-ruled state of Jharkhand on suspicion of stealing a motorcycle on 18 June. He was tied to a tree and beaten within an inch of his life. And while he was being thrashed, the crowd established his religion–Muslim and then began the demands for “Jai Shri Ram”. Ansari was then arrested and taken into judicial custody. On June 23, he died in a local hospital after he complained that he felt unwell.

In the West Bengal, a 26-year-old Muslim teacher Hafeez Mohammad Sahrukh Haldar was attacked by a group of Hindus on June 24 and was pushed off a train in Kolkata for not chanting “Jai Shri Ram”.

In the run-up to May’s general elections and after the results were declared, Mamata Banerjee, chief minister of Bengal, was constantly heckled by BJP mobs to shout, “Jai Shri Ram”.

Nevertheless, persecution of the Muslims continues unabated in India and the BJP-ruled central government has been largely silent in this regard.

In this connection, Hindu-Muslim communal tension flared up in Old Delhi’s Hauz Qazi on July 1, this year after 3 or 4 Hindu boys, including 45-year-old Sanjeev Kumar Gupta tortured a Muslim boy Aas Mohammad (20) on alleged wrong parking of motor bike on night of June 30, 2019 outside his house next to the temple. Muslims of the area observed shutter down strike. During protest, another scuffle took place between Hindus and Muslims, which resulted into increased tensions. A group of Muslims damaged two Mandirs in the area. However, no casualty took place.

According to the India Today, “Politicians giving communal spin to the incident: Sanjiv Kumar, man involved parking scuffle in Delhi, speaks to India Today…Reiterating that there was no intention to give the Hauz Qazi incident a communal colour…Politicians end up giving communal colour to everything. Whether it is the Aam Aadmi Party (AAP), Congress or Bharatiya Janata Party (BJP), there is no exception.”

It is notable that even foreign print and electronic media and analysts opined, “Modi’s election win is a victory for far right Hindu nationalism…India’s secular democracy is under threat…BJP’s record in 2015-2019 has been divisive to say the least. The party has marginalised religious minorities, especially Muslims, from public life with many, as a result, being lynched by Hindu nationalists in the name of cow protection…Jingoism and Islamophobia has propelled the BJP to an even stronger showing than in 2014. A Modi victory puts India’s 200 million Muslims in danger…Modi is part of the large Hindu supremacist family…In his home state of Odisha, he furthered India’s sectarian divide, pushed the idea of Hindu supremacy and with that, violence against Muslims, Christians and other minorities…Modi is radicalising Muslims.”

Undoubtedly, we can that the Constitution declares India to be a secular state, granting equal rights to the religious minorities, but in practice, ideology of Hindutva prevails. Hindu politics and culture, dominated by the extremist Hindu parties have been propagating Hindutva agenda. After the election victory of the BJP and its coalition parties led by the fundamentalist Prime Minister Modi, Muslim anxiety in India is increasing owing to the fact that like the previous elections, during the election-campaign of 2019, Hindu majority was mobilized on the anti-Pakistan and anti-Muslim slogans.