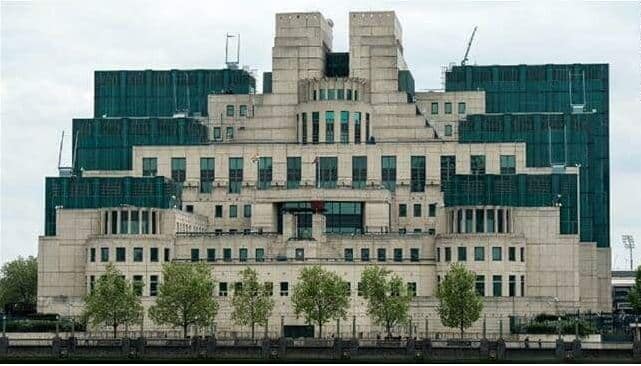 [ Editor’s Note: Although ex-Intel top officials tend to keep a low profile in the political arena, such seems to be not the case in the battle over who will be Britain’s new Prime Minister at this key juncture in its history.

British politics is very “clubby” to say the least, a high collar version of what would be called tribal in the Mideast. And in John Sawers case, he might be angling for a ministry slot in the new government; and nothing wrong with that.

Boris Johnson is a loose cannon, if there ever was one, starting with his bad school-boy hairdoo. He exudes an attitude that government is all a big game, and we are here just to have fun, and what could be more fun than being Prime Minister and telling people what to do?

Like Trump, Johnson knows how to grab headline attention by being controversial, which puts him more into the diversion and manipulation business than running a complex government where there should be no time for game playing.

But I did like Sawers’ bullet line of Britain facing a “political nervous breakdown”, an indication that he has savvy media people on his team. Don’t be surprised to see him in a major government post, if Jeremy Hunt wins the Tory bid… Jim W. Dean ]

In rare public comments, the ex-chief of Britain’s external intelligence agency, MI6, also known as the Secret Intelligence Service, has warned of a “political nervous breakdown” in the UK.

In an interview with BBC Radio 4’s Today programme, John Sawers discussed his fears in the context of Brexit and the leadership race of the Conservative party.

In barely concealed anxiety over the outcome of the Tory leadership race, Sawers predicted that the UK could end up with a prime minister who does “not have the standing that we have become used to in our top leadership”.

These comments by Sawers have been widely interpreted as a swipe at leading contender, Boris Johnson, whose larger than life character and unpredictable leadership style has spooked the Tory party establishment.

Sawers’ barely concealed attack on Johnson came on the heels of news that the former London mayor and ex-foreign secretary had had secret intelligence withheld from him during the period he presided over the foreign office. Johnson denies the reports.

The latest figure to wade into the controversy is former Prime Minister John Major who told the BBC HARD talk programme that he does not think “anyone would be in any doubt” about his preference for Hunt.

In his interview with BBC Radio 4, Sawers also took a swipe at the leader of the opposition, Jeremy Corbyn, suggesting that the latter does not have the “standing” for “top leadership”.

Sawers’ attack on Corbyn comes in the wake of reports that “unidentified” senior officials are “concerned” that the Labour party leader is too “frail” to be prime minister.

The dramatic intervention by an ex-spy chief will inevitably raise concerns in Britain about the country’s steep decline following Brexit and the ensuing political chaos.

It will also raise alarms about the intelligence services’ interference in politics, specifically to promote certain candidates for the role of prime minister and to try to arrest Corbyn’s momentum.