The ponies of Iceland were brought to the island by the Vikings who chose smallish but very hardy ponies that would fit into their boats.  These ponies have an extra gait and are very friendly, especially those who lived by the pull-off areas of the roads. 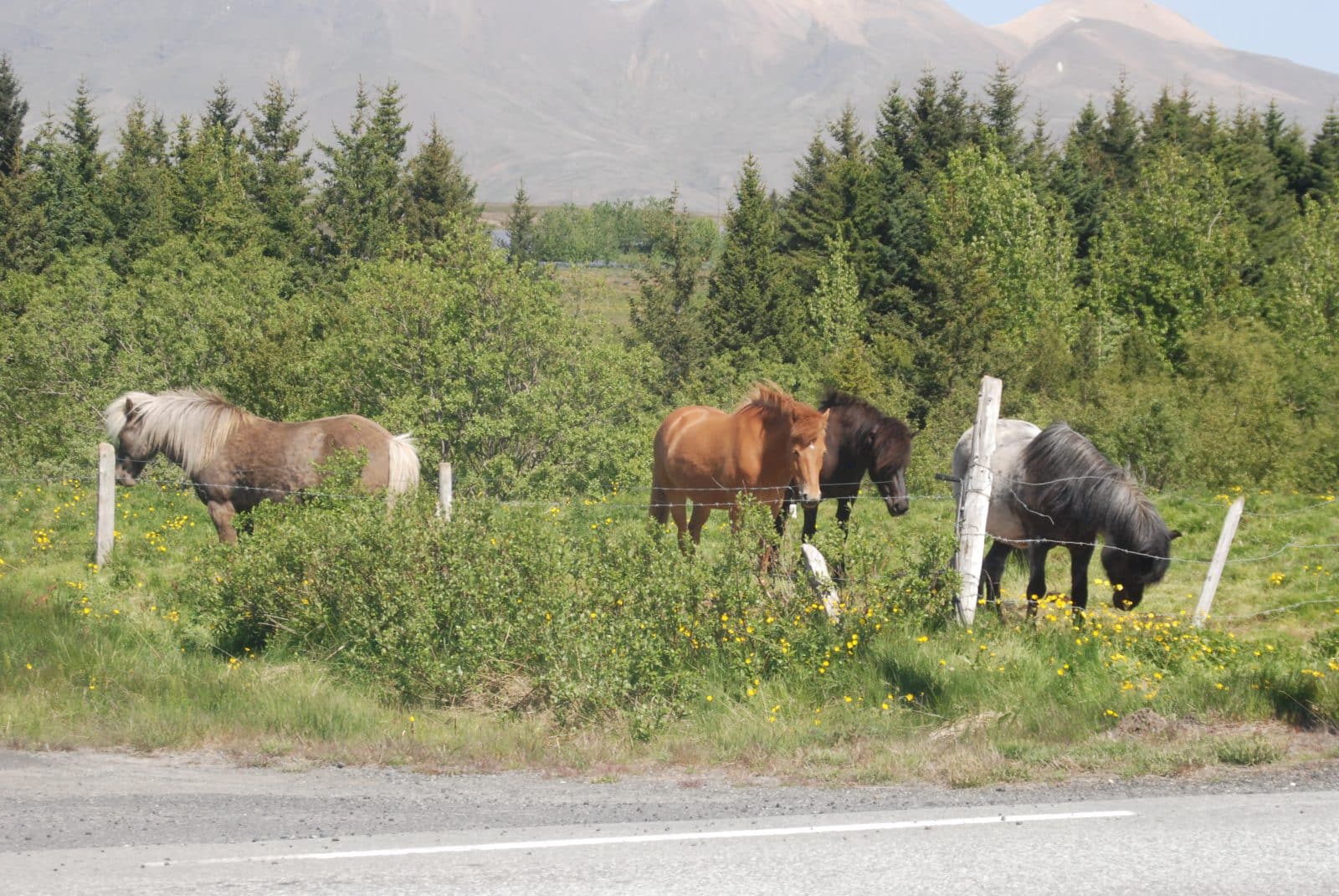 One Icelandic landscape scene which looks like the face of the moon. Not hard to tell that this island was formed by volcanoes.

Fissure between American and Eurasian tectonic plates.  Other picture are more dramatic but word press does not accept pictures taken in the up and down mode…..take my word for it….the deepest point of the fissure was 40 feet deep with a dramatic span between the two sides.  Pangaea splitting further apart…

The area of Pingvellir, where the fissure, separating the North American and Eurasian tectonic plates is located, but also where  Chieftains from different parts of Iceland used to meet to deal with government business. This is a part of Iceland that is sacred to all Icelanders.

Geysir Geothermal field….many areas releasing hot water, steam with one larger geysir, butterchurn, that spouts very regularly.  Hot, hot water all over Iceland. Your shower water will smell like sulfur and you will not turn the heat knob all the way on.

The big one getting ready to blow….geysir means “the gusher.” Again, cannot place a photo that shows the height, but it goes way up in the air with great regularity.  By the way, free to view.  The smell of sulfur in the air….This must be an interesting place in the winter.

These do not build up pressure, but eternally release hot, hot steam.

Big Viking presence all over the island.  Yes, they were here.

See the white beyond the nearer mountains….that is a glacier.  There are several large glaciers on Iceland and they are best seen from the air if you travel out of Keflavik airport to England. You can take treks to see the nearest ones.

Another glacier picture.  Notice the height of this one.

This is Gullfoss…a great, big, loud water fall.  Yes, this is where the melting glacial water goes.  Gullfoss means “Golden Falls” and this is a spectacular sight.  This is the top of the falls and it continues downwards for many, many yards.  So much water flowing past.  This fall sets on the glacial Hvita River.

Further down the falls….note the beginnings of a rainbow on the left.

More of the rainbow.  It is so loud here….thundering water.

More of the rainbow…..

I love action signs like this….that must be placed because humans can be so stupid and ignore the obvious….no doubt there have been those who have fallen into these falls.

Nearer to the bottom of the falls.

More photos to come at a later date……