It is virtually unprecedented for this type of Diplomatic communications to be leaked; therefore it is reasonable to assume that someone within the British Civil Service is responsible and they must be a high ranking someone, perhaps in the Cabinet Office, which is the senior body that manages the Civil Service.

Why would these highly damaging communications be leaked? The answer is both simple and sinister – it is to destroy the career of the British Ambassador who sent them, so that he has to be removed immediately, returned to Britain in disgrace.

Trump is notoriously childish and hyper sensitive to criticism, therefore he would be near apoplectic at these scathing criticisms contained in the British Ambassador’s communications, or rather, that is what he will appear to be in public. In private, he won’t care as he will be fully aware that the whole affair is a sinister plot.

Remember that a while back, Trump said that Nigel Farage would make an excellent ambassador to the US….

Boris Johnson is going to slither his way into the post of Prime Minister later this month, which means that both the POTUS and British PM will be mere puppets of the Zionist mafia headed by the Rothschilds.

Farage is a close associate of the Rothschild family, something he has never made a secret of, in fact, the only reason Farage entered politics was that he was ordered to do so by his Rothschild masters; his prime purpose was to cause chaos and division within the British Political Establishment, while acting like he is a ‘man of the people’ and eventually bring about the BREXIT fiasco which has so deeply damaged Britain and will weaken the EU.

Having performed that task, Farage is now available for other duties and I expect that Boris Johnson will appoint him as the new British Ambassador to the US, thus allowing Boris to make loud noises about how he is rebuilding and strengthening the ‘special relationship’ between the old country and it’s troublesome offspring over the pond.

In reality, this will mean the destruction of key British institutions like the NHS and the catastrophic lowering of standards in the food and medical spheres to allow hitherto banned toxic foodstuffs and dangerous pharmaceuticals to flood the British market, as they already have the US one.

Expect Farage to then be the face of a new era of trade deals and military adventures between the two Zionist puppet states, the man who is credited with being the key factor in bringing together Boris and Trump, in signing new trade deals to bring US goods into Britain and vice versa thus ‘fixing’ the damage done to British trade by BREXIT.

This will allow Trump and Boris to crow about how their two nations are now inseparable allies, which will be all important give the upcoming military adventurism they seem to be set on leading their nations into, mostly likely in the Middle East, most likely against Iran, most definitely to the benefit of Zionist Israel.

I warned that Trump, Boris and Farage were going to be the three stooges in the ZIonist’s megalomaniacal schemes and am most disappointed that my predictions appear to be coming to pass; I would be most pleased to be wrong, but events are sadly proving me right. 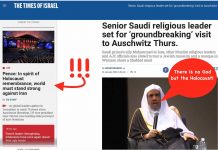 Deep State Pushes Back and so does VT: Threatened Over Posting Exchange Stabilization...

Malabar Giant Squirrel: I Want Some!

NEO – US Agency for global media: the Empire’s newest propaganda...