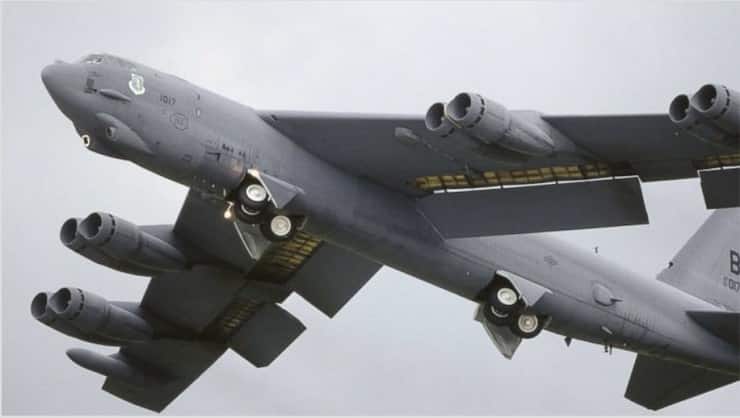 Something spoken of only in whispers is talk of a military coup in Washington. Few are aware of the factions in America’s military such as “Dominionists” who run the Air Force or did until former Secretary of Defense Chuck Hagel and Chairman JCOS Marty Dempsey “eliminated them.”

Though most at the head of this movement are simply charlatans and deceivers, among their number are some who could accurately be described as psychopaths, a term that a number of medical professionals have applied to Donald Trump.

The issue of Trump is more complicated than many would have it, with power bases inside the US that few if any ever see manipulating Trump, playing on his fears and grandiosity.

Trump well recognized that the CIA could not be trusted and turned to the conspiracy media, perhaps not recognizing that it too was under the control of intelligence agency factions, though not necessarily American in origin.

America has not been made “great” again, no parade can undo the blithering, the incompetence, the embarrassing idiocy and the generous dose of insanity that now is the American “brand.”

To succinctly describe the point, we turn to America’s most defining July 4th event, the year is 1863, the place is Gettysburg, a town in Pennsylvania, where a battle ensued that made the world we know today. Here, a fictional quote attributed to General Longstreet, one of General Lee’s corps commanders:

“Southern women like their men religious and a little mad.”
― Michael Shaara, The Killer Angels

Let’s go back to the Bush 43 presidency and an incident pushed from the history books, now veiled in lies or simply censored out of existence. Lies are the norm in America, the USS Liberty, the Tonkin Gulf, the search for imaginary WMDs or the equally imaginary “underground terror cities” former Secretary of Defense Donald Rumsfeld said existed “in dozens” across Afghanistan.

Today, we think “Skripal” or “MH17.” No lie is too big. Thus, we are drawn to the summer of 2007 when an engineered try for Armageddon nearly succeeded.

On August 29, 2007, in an America at war with the world under neocon rule, an America deeply influenced by a Washington awash with Southern men, very religious and more than a bit mad, an incident now forgotten, occurred.

A B 52 aircraft, loaded with 6 AGM cruise missiles, each tipped with a 150-kiloton thermonuclear warhead, simply disappeared. It had taken off from Minot AFB in North Dakota, a base that also commanded much of America’s ICBM strike capability as well.

It was next spotted over Puerto Rico, heading for the Middle East, and sources tell us the eventual target was Iran.

The plane was intercepted by F15’s and turned back, landing at Barksdale AFB in Louisiana.

Eventually, in response, all nuclear missile crews were replaced and all nuclear authority for the entire United States Air Force was removed and placed under the US Army. Those involved, some were “retired,” others demoted, transferred, some charged with crimes like fraud or sexual assault. Others died in accidents or killed themselves, or so we are told.

Under Donald Trump and John Bolton, a war within the military command structure is now underway as presidential orders to use nuclear weapons against Syria and Iran have been countermanded by the military. Reports that “Trump changed his mind” are false.

July 4, 2019, America celebrates its independence. Along America’s borders, as the public is seeing in the endless photographs hitting the media, families with small children are piled into cages, fed garbage, taunted and abused, not a few people but thousands. We call this tyranny. Those who allow this are evil.

Some time ago, however, those who do such things, medical professionals intended to cure or those of us trained in “profiling,” created a methodology for expression of paradigm, a tool of analysis of what we call the “spectrum of social psychopathy.

In the business of intelligence and forecasting, such tools were applied to leaders. Which ones are crazy? How can we force this or that leader to self-destruct, using controlled press, false flag terrorism, sanctions or even covert administration of psychotropic drugs.

The few interested in such things, often self-proclaimed watchdogs, know of MK Ultra or Operation Northwoods, two names of hundreds of such endeavours.

At the heart of the problem is the nature of those who see themselves as leaders. Truth be told, no natural leader would choose American politics or even the military where “sucking up” and “selling out” is the only path to succeed. There have been exceptions, like George Patton or John Kennedy, but wait, weren’t they both murdered?

Natural leaders coach sports teams, some excel in commercial ventures. More likely, however, they will remain unseen and unknown. Perhaps there is no one worth leading and no place worth leading anyone to anymore.

This brings to mind the term Colonel David Hackworth used to describe America’s military leadership, “the perfumed princes of the Pentagon,” their chests bestrewn with medals and award for honors achieved at cocktail parties.

Crazy is as Crazy Does

As we have set things forth here, we then turn to behavioral analysis, the pseudoscience of predicting the future based on analysis of the unstable and incompetent and their actions when faced with chaos.

The toolsets used by such individuals, and I assure you there are detailed profiles out there, endless millions spent compiling them, blind rage, guesswork, blaming others, pathological deception and, as we see in Trump, likely early stage dementia.

Who are the “crazies?”

There are some notoriously sane leaders out there, Putin for one, Netanyahu for another. Many won’t like what they do or say but they aren’t insane. Theresa May, Boris Johnson, certainly no overt signs of personality disorder but analysis of their historical reactions to   issues yields a very different answer.

In the US, we find fertile ground, even Donald Trump cites Bolton and Pompeo as delusional.

With Bush 43 there were factors of substance abuse and a private life rumored to be very much at odds with his espoused values, this and extremely limited ability.

As for Trump, despite his endless efforts to prove himself unstable every time he speaks, his moments of clarity, his attacks on the press, the CIA and obvious inequities in the world’s economic system, are among the few accurate statements ever to come out of Washington.

Those who would have him turn to the “real leaders” instead of his son in law and daughter are themselves obviously insane.

“You want a friend in Washington? Get a dog.” Harry S Truman

Would the military overthrow Trump to prevent a war with Iran that all military experts around the world agree that America would lose? Who gains if America is pushed into obscurity, Russia, China or even Israel?

America’s fragile economy, ever accelerating levels of debt, declining standard of living, rising taxes, internal strife, this is not a nation capable of a ground conflict in the Middle East with a nation whose military is a thousand times stronger than Iraq was in 2003.

Yet there are even those in America who would see their own nation laid low, stripped bare. There is nothing more dangerous than a wounded predator, in this case, a nation in collapse with a massive arsenal of strategic nuclear weapons.

These are the “mad” we speak of, they infect Washington like a virus and no institution remains that can stand against them, perhaps a “cult of sanity” in the military that none have seen or can prove exists?

To what extent do Putin and Netanyahu influence Trump? Neither are guided by love of America and little is known of their vision of a world with America “on the ropes.”

The fear many Americans have is that a powerful America may well not be such a good thing, that whatever “Americans” are, the control of America long ago fell under what is now termed the Deep State.

Past this is the real “wild card,” the madness that manifests itself each day wherever we turn.