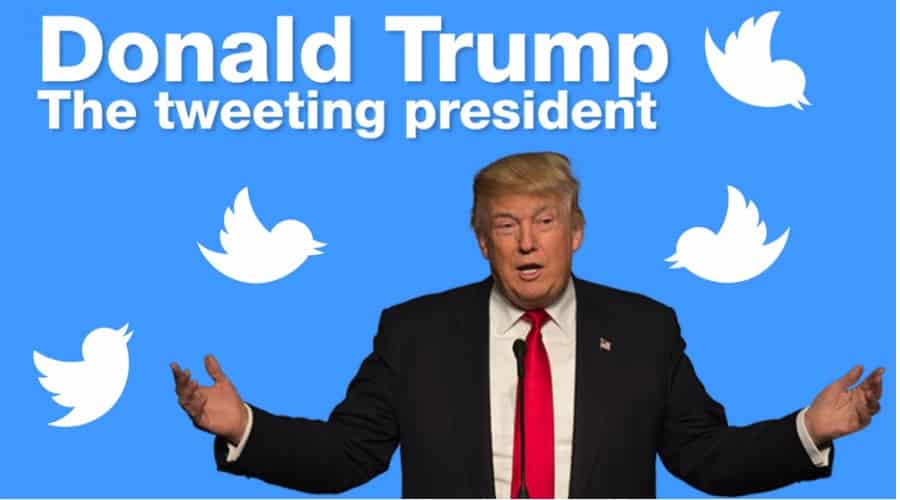 By Firas Samuri for Veterans Today
Recently the U.S. President Donald Trump formally launched his 2020 re-election campaign in front of a large crowd in Orlando, Florida. The campaign is gaining momentum. We have already seen the celebrities and politicians speeches, preliminary ratings and even the economic models of the New York Times predicting Trump’s victory. For his part, the candidate keeps on delighting the world community by posting promising Tweets to increase his popularity and to retake votes from his opponents. According to Gallup, 45% of U.S. adults said Trump should be impeached and removed from office over the matter, while 53% said he should not be. 45% is too much for the sitting president, so it has been decided to increase his positions in the eyes of freedom fighters.
In this case, we are not speaking about the strict implementation of all his statements, but only about election promises that can snatch the next agenda from competitors. For instance, the situation is so with Trump’s report on the withdrawal of the U.S. troops from Afghanistan. It looks like the White House analysts are working on the same scenario.
Last Monday President Trump told Fox News that he would leave an intelligence presence in Afghanistan, though he has long hoped for a full withdrawal of U.S. military presence from the country. So, according to Trump’s statement, the U.S. will retain intelligence in the region. That’s ridiculous! Washington has been trying to withdraw troops from Afghanistan for several years.
Boutros Marjana – the head of Syria’s parliamentary Foreign Relations Committee in response stated that this action was focused on the media, to make the average American to believe that the unnecessary and external conflict is over. “Tramp said the same on Syria. However, a radical change in the area of hostilities has not happened. The situation on the ground is quite different from what was stated. So far, in my opinion, the United States has not developed a strategy for the situation in the eastern coast of the Euphrates River”, Marjana said.
And while Trump is posting Tweets for his electorate, the U.S.-led international coalition carried out another air raid on the residential area in Idlib province. Hayat Tahrir al-Sham (HTS) units were the alleged aim of the aviation. The details on casualties among civilians have not been reported. It worth noting, that during the previous bombardment, apart from the extremists, 49 civilians in a mosque were killed.
U.S. Central Command announced that the attack had been initiated in response to HTS terrorist acts in residential areas. It is unlikely that Trump will actually withdraw from Syria or Afghanistan because the killing of terrorists and civilians does not stop.
Moreover, telling the world about the withdrawal of troops the White House decided to put pressure upon Germany to expand its participation in the Syrian conflict (apparently instead of Washington).
Currently, Germany supplies weapons and surveillance planes to Syria. However, the United States insists on Germany to send its ground forces.
It is hardly surprising that some international coalition members suddenly proclaim their participation in the joint operation against ISIS terrorists under any pretext. In fact, their contingent will be intended to replace the U.S. troops that following Trump’s intention should be withdrawn from Syria. Wonder who will get all the U.S. military bases in Syria? In this situation, the obvious question arises: why should the EU troops be located in Syria instead of the U.S.? And who is going to replace the U.S. forces in Afghanistan?
At the same time, Israel is also playing an active role in the ‘peacemaking’ process in Syria. On June 1, at least 15 citizens, including five women and a child, were killed as a result of the Israeli air strike on Syria.
Anyway, illegal U.S. forces presence is a considerable obstacle to the political settlement of the Syrian conflict. And the cynical Israeli air attacks, as well as its international policy, break any hope for resolving all disputes peacefully. Trump may make the only right decision that will let him increase his ratings using the Syrian issue. The current president should do his best to reconcile the parties, suspend cooperation with Israel, and also establish a dialogue with Turkey, Russia, and Iran. That is very unlikely. Therefore Trump has to go on tricks with a contingent from other states.