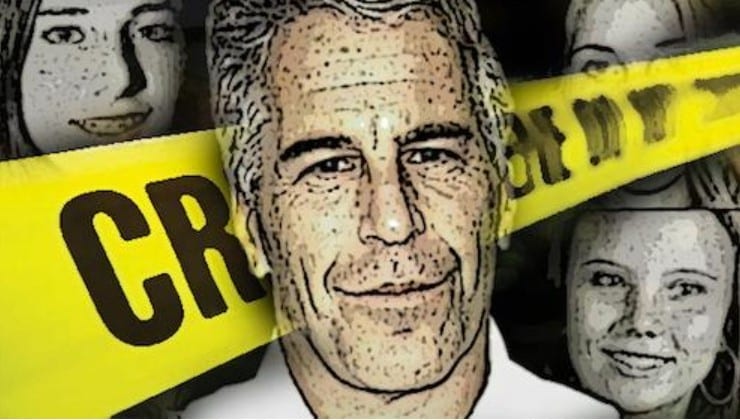 In Britain we are advised not to utter the phonetic sound constructed by the following letters: R.O.T.H.S.C.H.I.L.D. as this word and the world power associated with it could reflect badly and wrongly on the Jews and might also hurt their feelings. I suppose that this is a reasonable request given that we all would like to live in a tolerant world where everyone loves and respects everyone else.

But the rules became a little more complicated this week with yesterday’s arrest of registered sex offender Jeffrey Epstein. Needless to say, Epstein is a Jewish name and the sickening and extensive under-age sex trafficking activity and the power associated with Epstein’s activities could potentially and erroneously reflect badly on Jews. I suggest that the ‘good meaning’ people of the world never again utter the sound produced  by the following letters: E.P.S.T.E.I.N to avoid the possibility of offending Jews or presenting them in the wrong light. The list continues with:  W.E.I.N.S.T.E.I.N. a word that should also be eradicated from your lexicon. However, you need not delete every  ‘stein.’  You are more than welcome to refer to Albert Einstein and praise him as a Jew.  Similarly, feel free to praise Sergei Eisenstein’s cinematic genius and please refer to his ethnicity while doing so.

Lord Janner who was accused of  being a ‘serial child abuser’ may also be a problematic figure for British Jews as a former chairman of the BOD, a body that claims to ‘represent British Jewry.’  Janner  also founded the Holocaust Memorial Trust and at the time he allegedly inflicted the ultimate trauma on innocent British children. Goyim ought never to produce the phonetic sound created by the following letters: J.A.N.N.E.R.

Purely as a precautionary measure, I suggest we remove the word ‘green’ from the English language and as an extra safeguard we should probably also remove this colour from the light spectrum as the sound may evoke some uncomfortable thoughts about Sir Philip Green who didn’t really care enough for  pensioners and is associated with sex and racism claims.

Meanwhile, Goyim in general and Brits in particular shouldn’t be upset by these prophylactic precautionary measures, these rules do not prohibit them from speculating on Prince Andrew and his alleged relationship with E.P.S.T.E.I.N  as this would only cast aspersions on the Royal Family. Fortunately, the British are still permitted to gossip about their own aristocracy’s alleged sexual dalliances deviations.