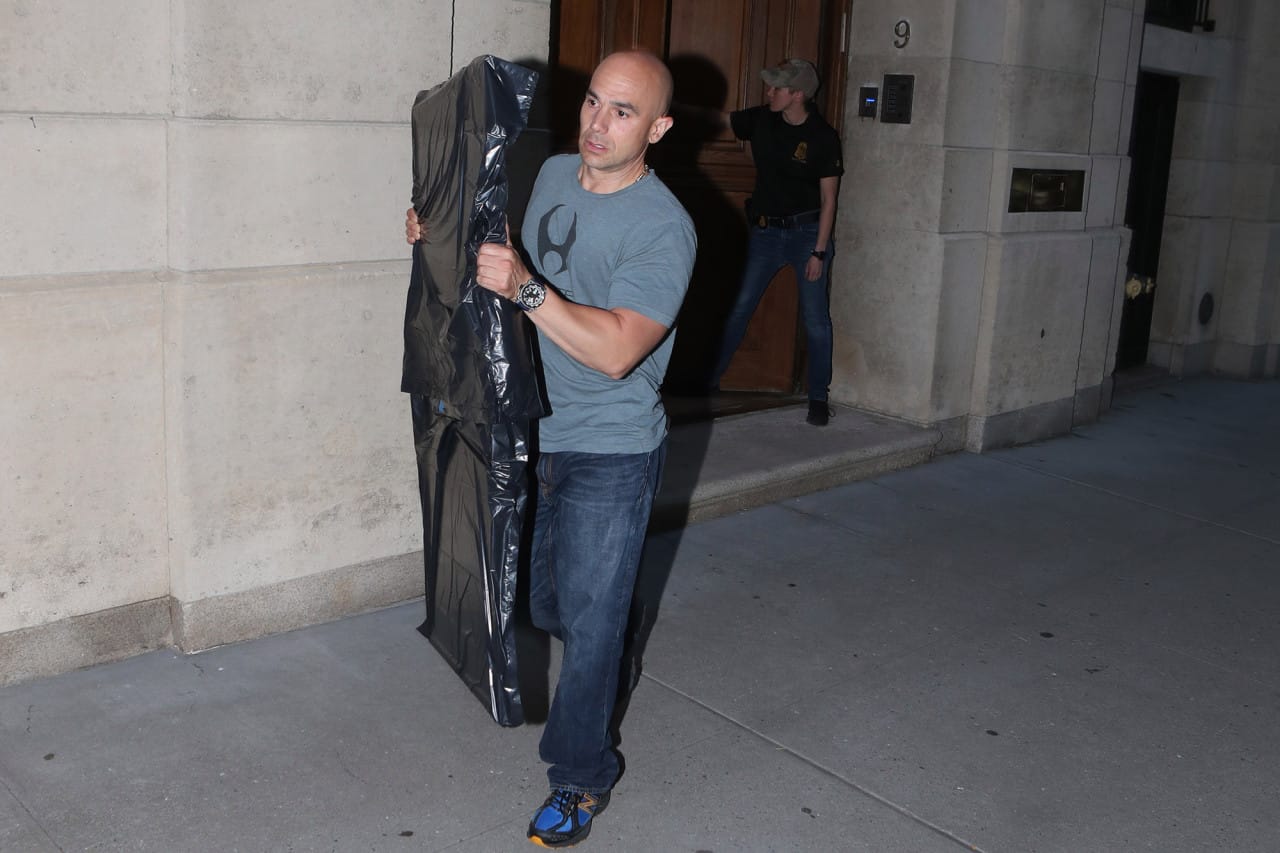 Jeffrey Epstein is in big dodo, but he certainly is not the only person to be held behind bars. The New York Times has recently declared that “Hundreds, and possibly thousands, of ‘sexually suggestive’ pictures of nude or partially nude young women and girls were found during a search of Mr. Epstein’s Manhattan townhouse on Saturday, conducted at roughly the same time the financier was arrested at Teterboro Airport in New Jersey.”[1]

Prosecutors declared that Epstein maintained “a vast trove of lewd photographs of young-looking women or girls.” It is claimed that Epstein, who is 66 years old, paid those underage girls for sex, and then asked them to recruit other underage girls in the same business. The indictment reads:

“In this way, Epstein created a vast network of underage victims for him to sexually exploit in locations including New York and Palm Beach.”[2]

But let’s be honest here. As Gordon Duff and Preston James have pointed out, is Epstein the only bad guy on the block? Isn’t Trump implicitly involved in this pernicious activity? Why did Trump have to declare way back in 2008 that Epstein is “a lot of fun to be with” and that “it is even said that he likes beautiful women as much as I do, and many of them are on the younger side”?[3] Shouldn’t the statement be taken seriously? Didn’t they accuse Trump of raping a 13 year-old girl in 1994 at Epstein’s own place?[4] And shouldn’t Bill Clinton be held accountable as well?[5]

The second point is that the same New York Times which is now saying that Epstein is absolutely wrong was praising a revolutionary by the name of Wilhelm Reich way back in the 1980s. What was Reich advocating? Well, listen to him: “Sexual inhibition prevents the average adolescent from thinking and feeling in a rational way.”[6] Reich continued,

Wilhelm Reich, who was a student of Sigmund Freud, died in 1957. Yet his legacy lives on. He is a cultural phenomenon.[9] As the Guardian put it, Reich was “the man who invented free love,”[10] and people like Norman Mailer, J.D. Salinger, Saul Bellow, Paul Goodman, Allen Ginsberg, Jack Kerouac, Dwight Macdonald and William S. Burroughs have all been influenced by Reich’s “orgone.”[11] Mailer himself said of one of Reich’s books,

“What was important to me was the force, and clarity and power of [Reich’s] early works, and the daring. And also the fact that I think in a basic sense that he was right.”[12]

We should also add that Reich invented the phrase “the sexual revolution.” In his book The Sexual Revolution, Reich wrote: “The first prerequisite for healthier human and sexual relationships is the elimination of those moral concepts which base their demands on allegedly supernatural commands, on arbitrary human regulations, or simply on tradition…We do not want to see natural sexual attraction stamped as ‘sin,’ ‘sensuality’ fought as something low and beastly, and the ‘conquering of the flesh’ made the guiding principle of morality!”[13]

“In 1947, after Harper’s magazine introduced Reich to mainstream Americans as the leader of ‘a new cult of sex and anarchy’ that was blooming along the west coast, where Henry Miller and other bohemians lived in shacks along the Pacific, the Food and Drug Administration began investigating Reich for making fraudulent claims about the orgone energy accumulator.”[14]

Once again, if people are going to condemn Epstein, who is arguably following the principles upon which the sexual revolution was based, shouldn’t they condemn people like Reich as well? If they are not prepared to do that, then what shall we say to those who are pretentiously telling us that Epstein should be behind bars for the rest of his life? What shall we say to media outlets like the New York Times, which are now telling us that Epstein is dead wrong? The Daily Mail reported back in 2016:

“Dozens of pictures — including one of a child aged no more than six or seven bending over in a tiny dress which was considered so bad that authorities blurred it out on the video — adorn the walls… it shows in intimate detail just how depraved was Epstein’s liking for girls — the younger the better.”[15]

Those pictures were taken from Epstein’s $16.4 million property. But it can easily be argued that Epstein got that vice from Reich, who has been highly revered by much of the media and academic circles.

I raised a similar issue with a dear friend of mine last year, and he astonishingly declared that teaching immorality in books and movies are completely different than doing the same perverse acts themselves! I quickly responded, “Oh, I see. Teaching adults how to rape teenagers in books is all right, but when an adult happens to act upon what they were taught is somehow wrong? I think that’s where our conversation is over.”