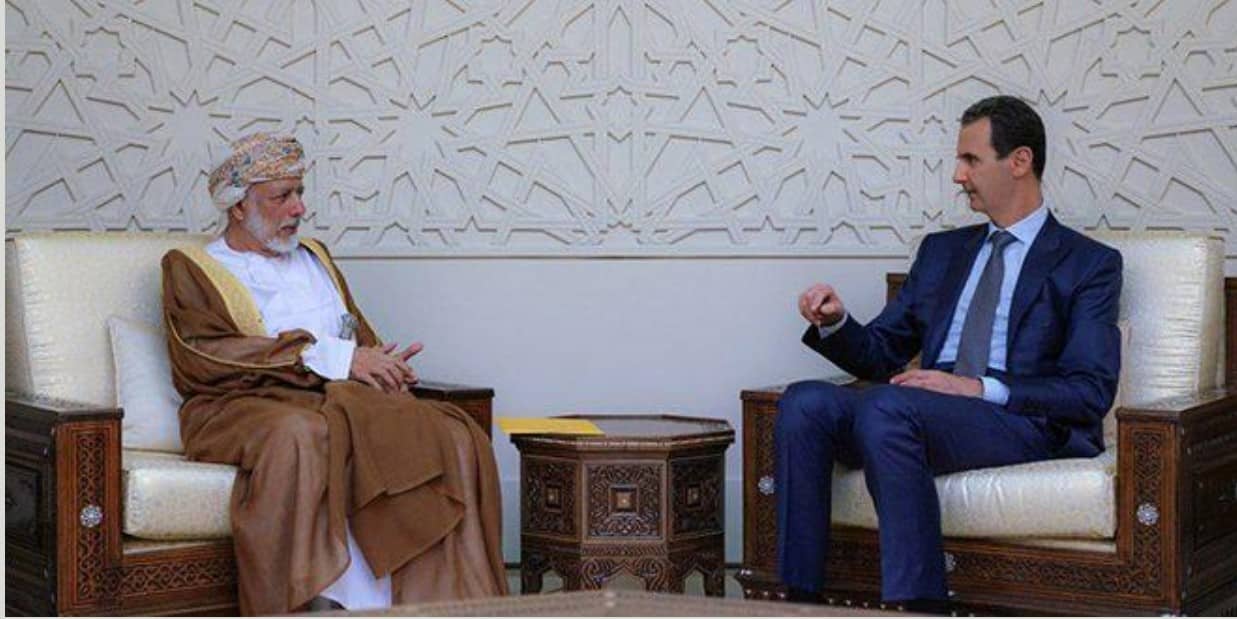 President Bashar al-Assad discussed with Sultanate of Oman’s Minister Responsible for Foreign Affairs Yusuf bin Alawi bin Abdullah the latest developments in the regional and international arenas, particularly the attempts to obliterate the historical Arab rights in light of the crises and difficult circumstances through which the region is currently passing.

President Assad referred to the challenges imposed on the whole region politically and economically and means to confront them in different domains, in presence of foreign affairs minister Walid al-Moallem.

In the same context, Minister al-Moallem discussed with Bin Alawi and the accompanying delegation the bilateral relations between the two countries and means to enhance them in all domains in a way that would achieve the mutual interests of both brotherly peoples.

The two sides also focused on the latest developments in the region and means to encounter the various challenges that target its peoples as viewpoints agreed on the necessity of the continued coordination and consultation in a way that would help preserving the security and stability.

Dr. Afif Dalla, a senior Baath party official told VT that this visit carries special significance as it occurs in a critical time, as the US is considering a military action against Iran, and shoring up support from the Arab NATO and other allies to justify its holly war against Iran, in an attempt to repeat the Iraqi scenario, but in different circumstances.

The official underscores that Syria has a strategic alliance with Iran, and it will not accept any bargain vis-à-vis the withdrawal of Iranian troops from Syria. “The Iranians Must be given the credit along with Hezbollah for evicting ISIS from Syria,” the official said.

Dr. Dalla, who receive VT on a continuous basis, said “the Americans want to keep Edlib and the East of Euphrates as a bleeding wound, and indulge Syria and Iraq into a war of attrition,” underpinning the unstoppable Israeli air raids on Syrian military positions.

On US-Iranian crisis, Dr. Dalla said “it is true that Trump and Co desire to bomb Iran, but in fact they do not know what firepower Iran possesses. This what makes the US military top brass hesitates to take uncalculated adventure.”

Dr. Dalla indicated that Erdogan’s internal situation is serious, and he is losing his popularity. “The Americans and Russians are contemplating now the post Erdogan era, and the Geography of Turkey will not remain the same,” Dr. Dalla explained.

Turkish reinforcements heading to Edlib were captured on videos, and sources are telling us more Israeli air strikes on the way to Syria.