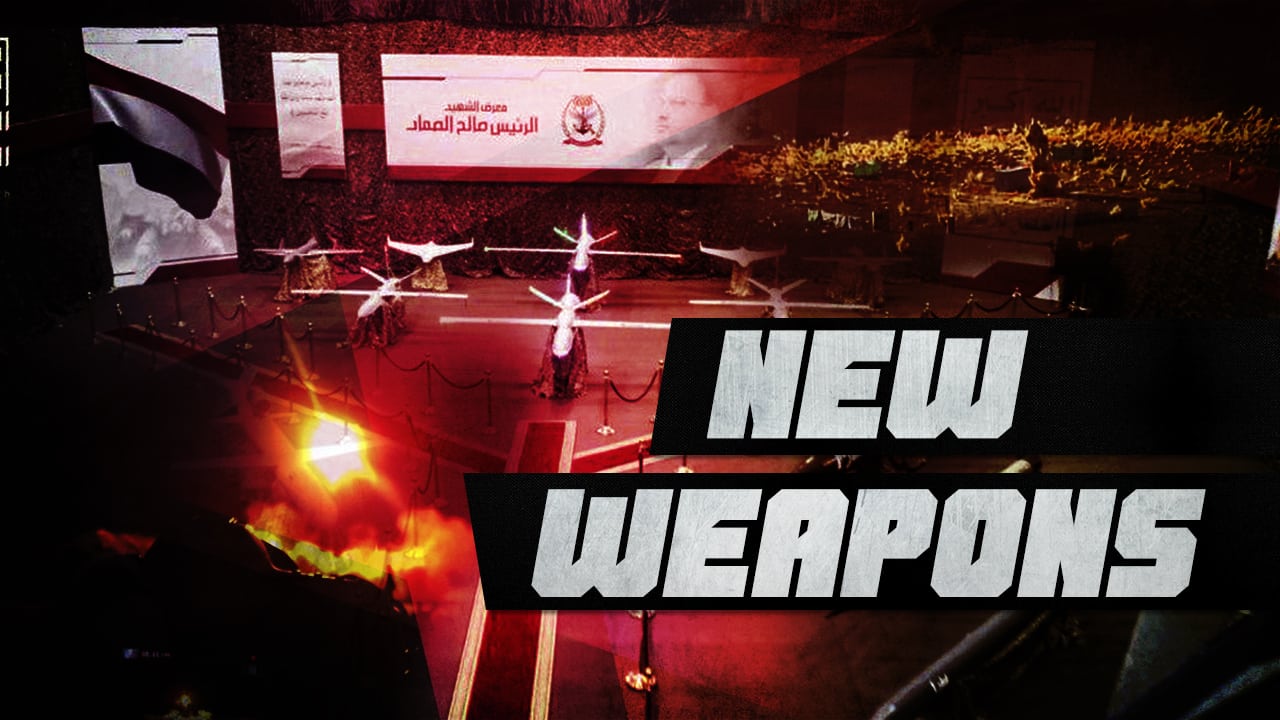 The Quds-1 cruise missile was the staple of the show. Previously, it was believed that the missile was derivative from the Iranian Soumar cruise missile, developed from the Soviet Kh-55 cruise missile. However, the new photos reveal that the Quds-1 has different design, like the top-mounted turbojet engine and the static wings. The missile’s engine appears to be identical to the TJ-100 produced by Czech’s PBS Velká Bíteš.

The Houthis have not revealed the Quds-1 characteristics. However, it is believed that it has a range of more than 150km. The missile likely relays on an inertial navigation system aided by a satellite navigation system such as GPS.

Some sources speculated that the missile could be equipped with some sort of terrain contour matching system. This would allow the missile to fly on low altitude and remain undetected by the enemy’s radars.

The Quds-1 cruise missile was used against Abha International Airport on June 12 and the al-Shuqaiq Water Desalination and Power Plant on June 19.

The exhibition also provided a closer look at the Badr-F precision-guided tactical ballistic missile, which was for the first time on April 16. Photos of the missile show that it has a bigger diameter than its predecessors, the Badr-1 and the guided Badr-1P. The missile size is closer to that of the Soviet OTR-21 Tochka. However, its design lines are different.

Earlier, the Houthis said that the Badr-F has a range of up to 160km and armed with a heavy warhead equipped with a proximity fuze. The missile explodes 20 meters above the center of the designated target and scatters some 14,000 pieces of shrapnel in a circular area with a radius of 350 meters.

Missiles of the Badr-F type have been used in several successful attacks on the Saudi-led coalition and its proxies since April. The most recent attack targeted a military camp of Saudi-backed forces in the Yemeni province of Ma’rib.

The design of the Samad-1 reconnaissance UAV is identical to that of Hezbollah’s Mirsad UAV. The Lebanese group displayed a UAV of this type in the Museum for Resistance Tourism in southern Lebanon last year. The Samad-1 appears to be equipped with an electro-optical reconnaissance system along with two data links, likely for control and live broadcast.

The Samad-3 design follows the same lines as the first generation. However, the UAV is equipped with what appears to be a conformal fuel tank. The Samad-3 is a suicide UAV designed to strike targets located behind the enemy lines.

On July 26, 2018, the Houthis targeted Abu Dhabi International Airport in the UAE with a Samad-3 UAV. The airport is located more than 1,500km away from the Houthi-held areas in western Yemen.

The Qasef-2K UAV, introduced for the first time last January, was among the revealed weapons. The Qasef-2K design is identical to that of the Qasef-1, which is a copy of the Iranian Ababil-2, according to a report of the Conflict Armament Research group.

The Houthis’ missile and UAV capabilities have grown significantly since the start of the Saudi-led invasion of Yemen. These capabilities allow the resistance movement to carry out successful attacks on infrastructure and military targets belonging to the Saudi-led coalition.