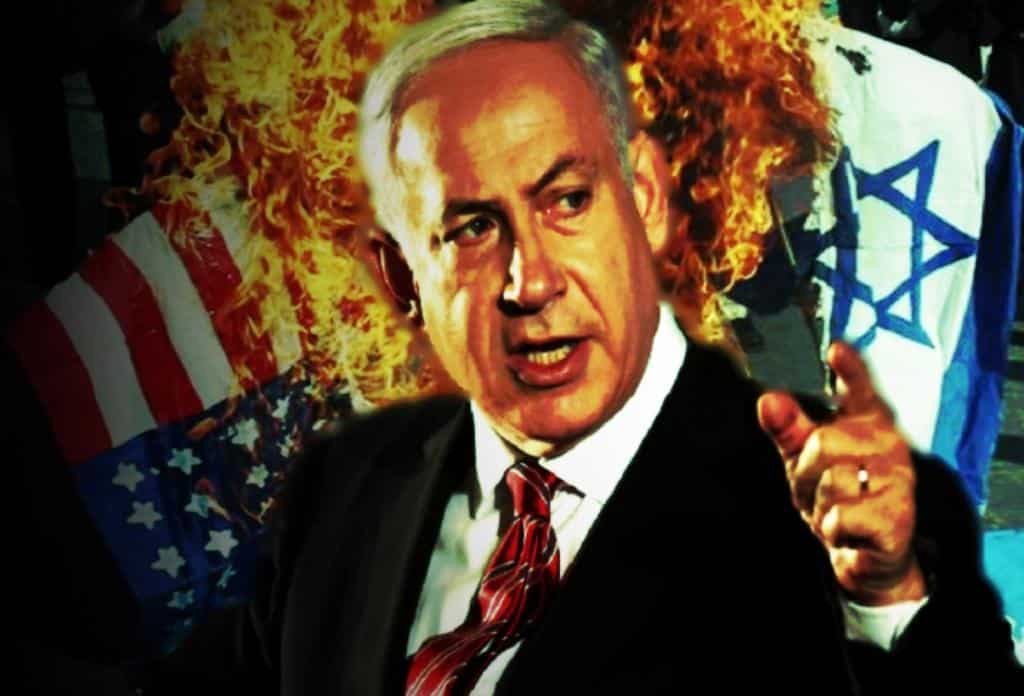 Many Jewish writers indirectly advocate this form of doctrine in one way or another. For Deborah Lipstadt, downplaying the “uniqueness” of the Holocaust is to be a Holocaust denier.[3]

German historian Ernst Nolte made the mistake of comparing the Holocaust to other crimes that have committed in history, such as Stalin’s extermination of the Russian people, the Armenian genocide, and Pol Pot’s crimes against humanity. For this, Lipstadt labeled him a Holocaust denier. Historian Joachim Fest defended Nolte on historical and rational grounds, and received the same treatment.[4]

Now we are learning that Benjamin Netanyahu is drawing parallele lines between Iran’s stand on the nuclear deal and Nazi Germany! The Times of Israel itself has recently reported:

“Prime Minister Benjamin Netanyahu on Sunday likened Iran’s ‘dangerous’ flouting of the nuclear deal to the Nazis occupation of the Rhineland in 1936, in a call for European countries to sanction the Islamic Republic over its ramped-up uranium enrichment.”[5]

“I discussed this morning…how World War II began in Europe. It began when Nazi Germany took one small step, reentering the Rhineland. It was a small step, no one said anything and no one did anything. The next step was the Anschluss… and the step after that was the entry into Sudetenland in Czechoslovakia. The rest is known.”[6]

For him, Iran is doing the same thing, and if the West doesn’t do anything, the West will have blood on its hands. The interesting thing is that Jews in Iran believe that Benjamin Netanyahu is actually crazy! Siamak Mareh Sedq, the Jewish member of Iran’s parliament, said Netanyahu is an “insane vampire” because he lies about Iran and has manipulated much of the West for years. Mareh Sedq declared in 2017:

“Netanyahu is an insane vampire drowned in crimes from head to toe, and the recent remarks made by the racist Israeli prime minister is not surprising to me.”[7]

The Jewish Telegraphic Agency reports that “Mareh Sedq also asserted that in contradiction to Netanyahu’s statements against Iran, anti-Semitism and racism have never been witnessed in the Iranian culture.”[8]

No one can say that Mareh Sedg is an anti-Semite. He obviously exposes Netanyahu as a political clown. He wants attention, and if he doesn’t get attention, he will say some of the dumbest things you couldn’t possibly imagine. You can even predict with accuracy what he will say whenever he opens his mouth: He will tell at least one big lie. In fact, he breathes lies. Just pick up your newspapers and start sifting through the lies that this man has produced over the past few days.

What is so sad is that the man is so delusional that he thinks he is full of insights—great insights, which he believes will save the lives of the Jewish people. If he says that Iran is the number one terrorist country in the world, rest assured that the statement itself will be repeated over and over among his puppets, most specifically among Republicans and Neocon shills like John Bolton.

But Israeli officials themselves know that this man is out of his mind. Shlomo Ben-Ami (Former Israeli Foreign Minister) said back in 2015:

“Netanyahu is an ideologue of Jewish catastrophe. His view of Jewish history reflects that of his father, the historian Benzion Netanyahu, who went to America in the 1940s to challenge the Allies’ failure to rescue European Jewry from the Holocaust, and thus to mobilize support for Zionism…

“It does not matter that Israel possesses, according to foreign sources, a nuclear arsenal, as well as a robust economy and a strong alliance with the world’s most powerful country; for Netanyahu, it is essentially an old Jewish ghetto, attempting to hold out against relentless threats.”[10]

The conclusion? Whenever Netanyahu starts jumping around like a wild horse or bull, you can be sure that he is not acting according to the dictates of practical reason. He needs to be bridled.