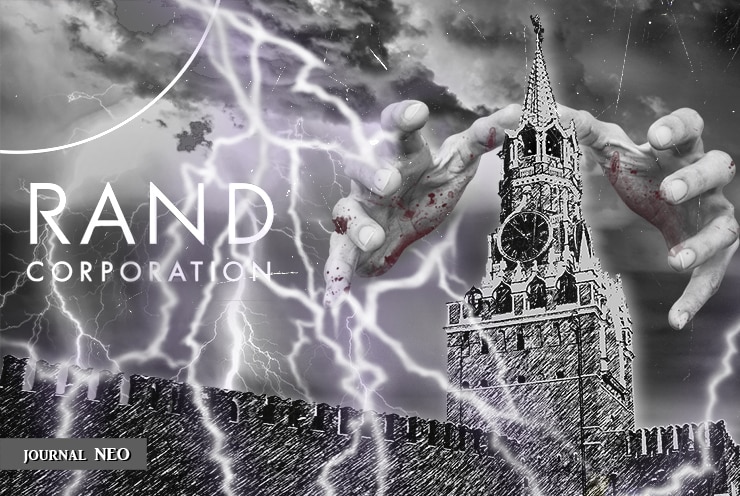 [ Editor’s Note: This story just fell into my lap. While cruising around looking for material, up popped an interesting link that led to me to this mind bending Rand Corp. report which turned out to be the perfect primer for regime change. Thank you Rand Corp.

It was only the unclassified public summary but it went way further than I would have expected. Everyone needs to read this and then ponder what is in the classified version which of course we will probably never see.

VT has published tons of “what they don’t want you to see and know” material, simply because we are so naive that we think you have a right to know things like “what if a uber gang of criminals had figured out a way of getting control of our government, what kind of activity clues would you look for to confirm it had happened?”

And even worse, these gangsters remain in the background so they can avoid being targeted, with plenty of political sacrificial lambs provided for that purpose. Even now with the Epstein case leaving a breadcrumb trail right to their front doors, law enforcement is playing the dumb and the blind on that, so far.

I will close with a line that I have used a number of times in these editor’s notes: “Never have so many, owed so little, to so few.” We have to figure out a way to turn the tables on these people… Jim W. Dean ]

Americans have endured endless media coverage about election interference as if that were some horrible class of crime. But it really isn’t, and never has been.

The latest examples are Trump’s weighing in to support Bibi Netanyahu for re-election, without which the ex-general Benny Gantz running against him might have won. And then we have Trump’s open support for Boris Johnson as PM for Britain; and all this reported in the mass media with no sneaking around.

But there is something special about foreign election interference in the minds of Americans. It is only bad when Russia is alleged to have done it to the US; but not bad at all if the US does it to any country it chooses.

I don’t remember either the Israeli or British public in a rage over Trump’s boosting a candidate. There is a parody quote that describes this selective morality, a US motto of “We do unto others what we do not want done to us.”

I don’t remember a word about this double standard being taught to me at any time in my schooling. It seems we free Americans are not free to know certain things about our own country that might make us difficult to manage.

That might even be a crime now, and no, I am not kidding. The laws criminalizing support for the purely political BDS movement could easily be viewed as managing what Americans can and cannot say about a foreign country, despite its being at the top of the list for offensive intelligence operations inside the US.

I would not be surprised to see a law passed someday making it a crime to talk about Israeli election interference inside the US, how it is done right out in the open, with the Israeli Lobby not the least bit worried about any investigations being launched.

Election rigging a major CIA activity during the Cold War

During the Cold War, election “monitoring” was one of the top tasks of the CIA, practiced on friend and foe alike. Opposition candidates would receive hefty funding that “magically” appeared out of nowhere, and the same for opposition media.

US-friendly candidates would be groomed for future office, and their opponents would be attacked and discouraged in a variety of ways, including such things as threats, mysterious accidents, health issues and assassinations.

Regime change has been a major activity of US foreign policy, but the allegedly free Americans are not supposed to know this. The reasons are always hidden behind the national security mantra.

Israelis have a free pass to interfere in US elections

I hear that the Israelis have run similar operations in terms of grooming candidates for future office in the US, by promoting their careers and polishing them up in the big pool of Washington think tanks.

This is where future Israeli spies, excuse me… I mean future American leaders and top government officials, are funneled into the staffing recommendation of all new administrations.

And these people have no problem getting good security checks, as pro-Israel candidates are “hands off” in terms of any mention of a dual loyalty, or even alluding to the history Israel’s deep penetration into our political fabric.

When it comes to US-interference operations, foreign ones especially, much is secret, and even top secret; but you will be surprised that sometimes it is openly published by the many think tanks and geopolitical foundation mills that crank out strategy and policy positions for top officials.

This Rand Corp summary report is a must read

I chose this topic to write about due to one such Rand Corporation report that caught my attention with its “catchy” title, Overextending and Unbalancing Russia. Notice that the title is not referring to Russian elections, even though one of its topics is on influencing elections. The subtitle is a bit more bland, Assessing the impact of cost-imposing options.

We know that a lot of defense contractors participate in war-gaming contracts, but the title had more of an economic, business sound to it. The report was a 2019 product, so I dived into it, the public highlights summary of 12 pages, an acknowledgement to the American people who paid for the report that few will ever read. The introduction starts with:

This brief summarizes a report that comprehensively examines nonviolent, cost-imposing options that the United States and it allies could pursue across economic, political, and military areas to stress—overextend and unbalance—Russia’s economy and armed forces and the regime’s political standing at home and abroad…

In simple words, this is an economic and military war-gaming document. The non-public version would be book-sized and classified, of course.

The subject headings are: Economic cost-imposing measures; geopolitical, ideological and informational; air and space; maritime, land and multi-domain; and implications for the army. It is an educational read, so do take advantage of a peek inside the belly of the regime change beast.

Russia’s greatest vulnerability is its economy, its greatest anxiety stems from the stability and durability of the regime, and greatest strengths are in the military and info-war realms.

There is something missing in this strategy options report, the known activity of removing any country’s leadership when it is found not to be pro-American enough.

None of these think tanks ever produce a report on how to end the ceaseless power competition with a country like Russia, where we have ten times the defense spending it has and Russia would much prefer to do business than make war. Russians know about war as few do.

I can remember that poignant brief time when, after 9-11, the world, including Russia, reached out in support of the US when that incident was universally thought to have been a terrorist act. It was felt that if such a thing could happen to the US, then it could happen to any country. There was an attitude of “we are all in this together”.

President George Bush spoke  about Putin as his “good friend”. Russia already had an extremism problem inside its borders and was willing to share intelligence to help stop terrorists’ ability to travel around under the radar.

Neither the US nor Russia are the same countries they were back then. We are continuing to drift apart, even to the point of throwing arms treaties out the door that took years to negotiate and kept us all safer, until now.

Where do we go from here?

In closing, I would ask the readers to think about this issue of governments spending large amounts of funding on destabilization efforts against their fellow UN-member states, when all have taken a pledge to support UN principles in dealing with each other.

The founding principles of the UN are now being completely ignored whenever they conflict with the “national interests” of the unipolar-state crowd, yet these rogue members are allowed to remain in the UN, using it as a geo-political condom.

A new international UN-type organization is long past due, and should be one where rogue nations are thrown out when necessary for the security of all the others.

As international treaties and agreements evaporate before our eyes, we see no push to build new institutions to take their place. We are drifting in dangerous waters in the Gulf of Donald Trump where anything can happen, and already has. I fear for the future.