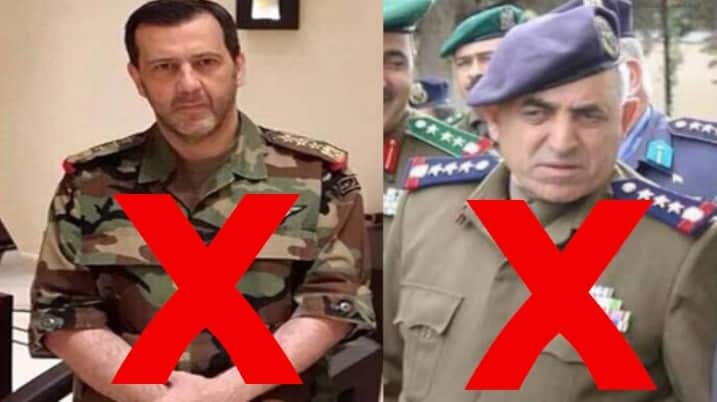 After the Trump-Putin meeting at the G20 summit, we wrote that there might be some developments in Syria in favor of Israel and against Iran. (Related Article:  https://www.veteranstoday.com/2019/07/01/turkey-is-there-to-be-cooperation-between-assad-and-israel-after-the-g20/) As a matter of fact, some important changes took place in Syria within a week after the G20.

Leaders lead politics. Politics change with the change of leaders. When we look at this aspect, the two important names directing the war in Syria were removed from their active duties.

The first name is Maher Assad, the brother of Bashar Assad. General Maher was Commander of the Republican Guard and IV. Mechanized Brigades. IV. Mechanized Unit was in the region between Idlib and Latakia. This is a mountainous area, such as the Turkmen Mountain and the Kurdish Mountain. The forces under Maher Assad were mostly Iranian soldiers.

These troops, which had previously undertaken many important tasks against the Sunni Opponents, have suffered heavy defeats for the last two months. Of course, this situation made Russia very uncomfortable. Even the Russian Himeymim Airbase in Latakia was attacked with drones several times. Russia has long wanted to put in place Reconciliatory Local Forces instead of Iranian volunteer fighters in Syria.

The defeats of the forces connected to Maher Assad were a good reason, and Maher was removed from the post after the G20. For this reason, it is said that Maher Assad is very angry with Russia. Especially in Damascus, there are many companies and economic institutions managed by his wife. It is reported, Maher was taken to Damascus to rest and held under Russian supervision. Another rumor on this issue is a coup attempt suspected to be related to Maher Assad.

Iran lost confidence in Bashar Assad, and therefore wants to move power Maher Assad. In mid-June, the explosion of ammunition depots belonging to the Republican Guard protecting Bashar Assad’s palace is said to be related to this coup attempt. So Russia changed the close bodyguards of Bashar Assad and established a new body of guards.

The other important name who was dismissed is Jamil Khalid Hassan, the head of the Air Force Intelligence. Jamil Hassan was responsible for targeting the regime’s air force and helicopters carrying barrel bombs. However, despite the thousands of air bombings, the opponents did not suffer any major damage and defeated Assad’s most trusted troops. Jamil Hassan was responsible for the defeats and unsuccessful air strikes.

Another important task of Jamil Hassan was his participation in the negotiations with Israel. In secret negotiations mediated by Russia, Israel demanded the dissolution of troops belonging to Iran and Hezbollah, creating an unarmed zone at a depth of 55 kilometers from the Golan Heights and the Israeli border. Jamil Hassan opposed these demands and the negotiations were fruitless.

After this, Netanyahu had consulted with the chief advisers of the Security Council of Russia and the United States in Israel. Similar requests were discussed in this meeting and the decision was left to the meeting between Trump and Putin in the G20.

It seems that the demands of the US and Israel have been accepted to some extent in the region. With a smooth transition, Russia is now trying to push Iran and Hezbollah away from the borders of Israel. As a matter of fact, it was stated that Hezbollah has unloaded silently its headquarters in the south of Damascus and returned to the borders of Lebanon.

Syria will again be the scene of important developments in the coming days.