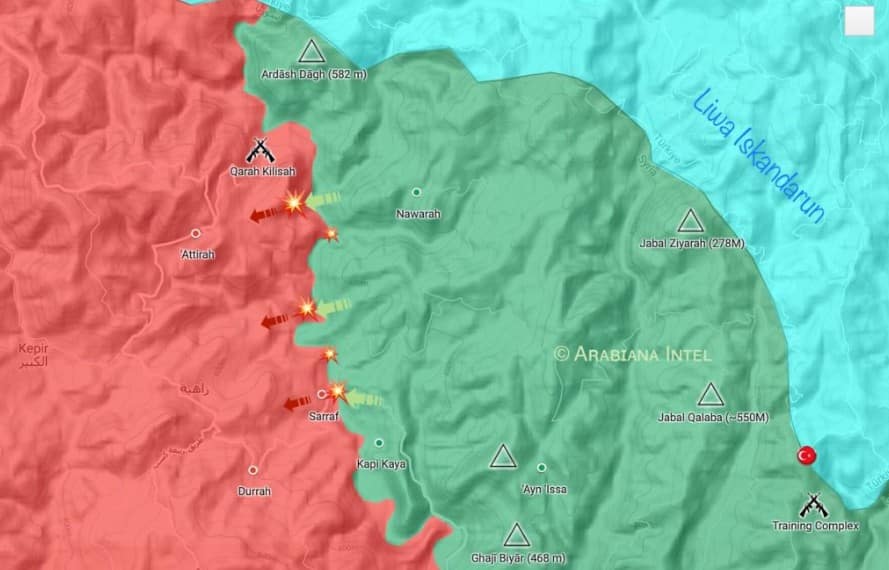 On July 9, the Syrian Arab Army (SAA) and the National Defense Forces (NDF) repelled a large militant attack on their positions in the Turkman mountain area in northern Lattakia.

During the first phase of the attack, members of the al-Qaeda-affilated coalition Wa-Harid Al-Mu’minin captured the villag eof Atterah and the nearby hilltop forcing SAA and NDF members to withdraw. Nonetheless, government forces re-groupped and launched a counter-attack backed by the Air Force. This counter-attack allowed the SAA and the NDF to take back the area captured by militants.

According to pro-government sources, over 20 militants were killed and a dozen others were wounded in the clashes. Nonetheless, this number still has to be confirmed.