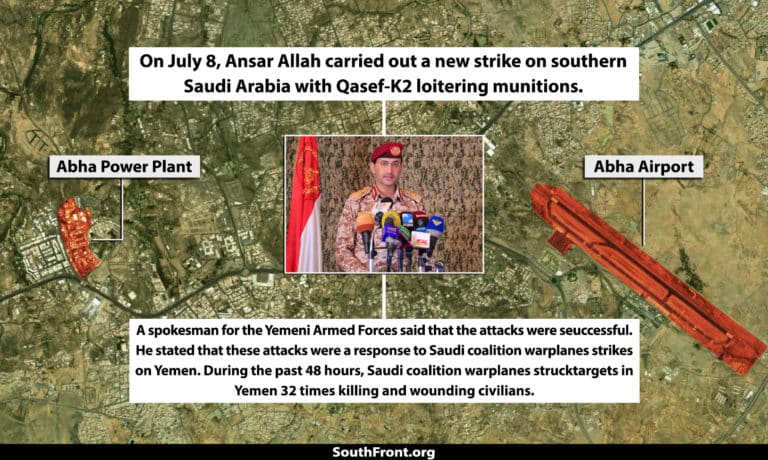 Through the al-Masirah television network, the Yemeni movement revealed that the Abha airport in the Saudi region of Asir and the Tihama power plant, which is located eight kilometers northeast of Abha were struck with Qasef-K2 loitering munitions. On the same day, the Saudi-led coalition said that it had interecepted at least one unmanned aerial vehicle belonging to the Houthis. The effectiveness of the July 8 strike remains unclear because of the lack of photo and video evidence from the site. The Saudi-led coalition rarely releases videos showing successful interceptions (some would say because of the lack of such cases) and prefers to hide the impact of successful Ansar Allah attacks. Nonetheless, the previous cases demonstrated that Ansar Allah does have more than enough capabilities to overcome the Saudi air defense.