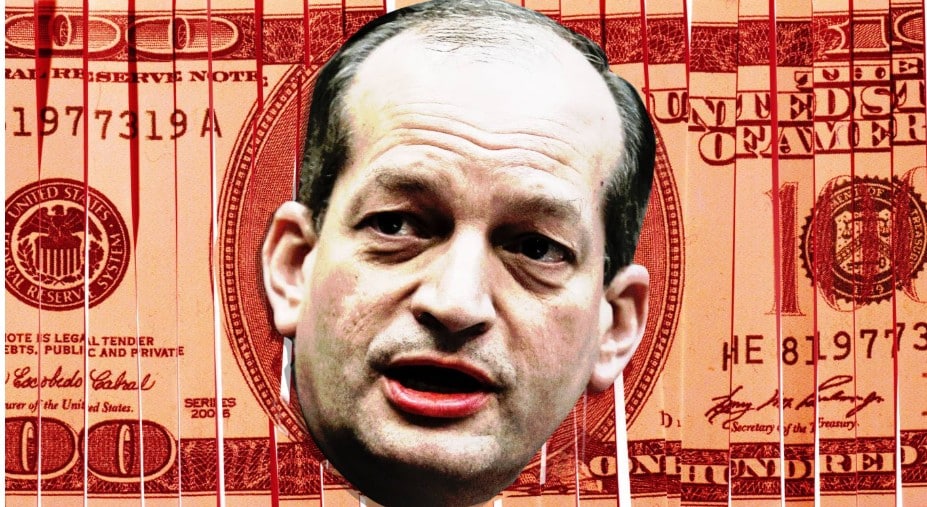 “We must act to end exploitation and abusive labor practices at home and abroad,” the statement said.

Absent from that statement was the fact he had already tried to cut a program by nearly 80 percent inside the Department of Labor dedicated to combating human trafficking, along with  child and forced labor, internationally. And two months later, he would return to Congress to advocate for a second budget tot cut the program just as deeply.

His proposal came under fire from a congresswoman who noted a chapter from Acosta’s past: As U.S. attorney in the Southern District of Florida, Acosta granted a sweetheart deal that allowed convicted sexual predator Jeffrey Epstein to plead to one count of prostitution and serve out 13 months of an 18-month sentence prison sentence (in which he was allowed leave to jail to go to the office most days) despite allegations he molested and trafficked countless underage girls.

The cut to the International Labor Affairs Bureau (ILAB)’s budget in the 2020 budget —reducing the funding level to $18.5 million, attracted the attention of Rep. Katherine Clark (D-MA), who asked Acosta about the department’s responsibilities as they related to human trafficking during a hearing about his department’s funding request  in April 2019.