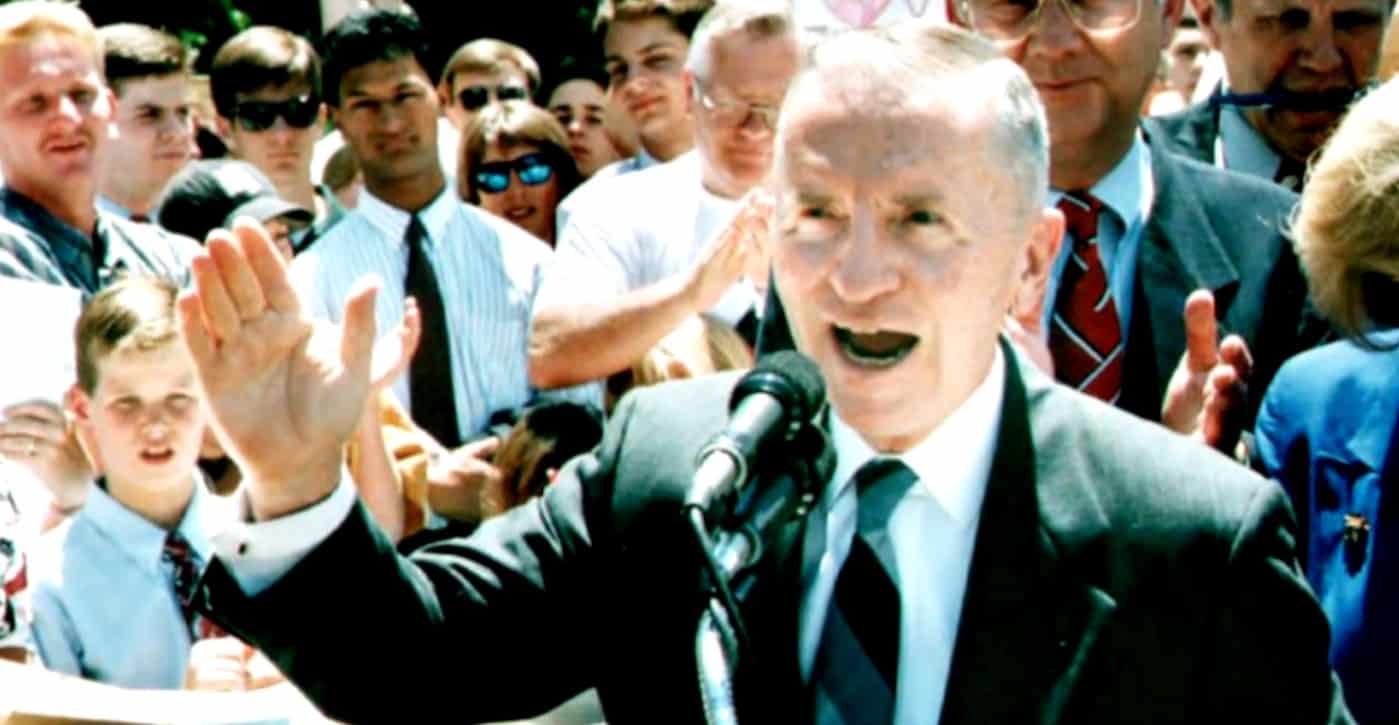 Ross Perot is dead, he has been dead for decades, killed by a media blackout.  In 1992, Perot was 37% up in the polls, well over Bill Clinton, when he dropped out.

This was the very real Deep State, the combination of crime families, names like Maxwell/Hoch, Bronfman, Gambino, Epstein…and the Mega Group of “select” billionaires.

Today they manifest themselves as controllers extraordinare of daily life, enriching our days with obsession with deviance, feminized men, fake mythology and hopelessness.

Perot, for the only time in our history, stood against that, term limits, the elimination of the two party system, no more Federal Reserve, no more rigged elections, no gerrymandering, an end to the Electoral College and, we believe, a US Senate with districts based on population of 5 million rather than handing out senate seats to corporations that buy empty states for nickels and dimes.

Perot was the real deal that Donald Trump would never be, America first, America only, no flag hugging and bending over for Israel.

Texas multi-billionaire H. Ross Perot, who died June 9 at the age of 89 after a five-month battle with leukemia, catapulted into national consciousness during the 1992 presidential campaign. That was the year he ran as an independent in a race that ultimately pitted him against Republican George H.W. Bush and Democrat Bill Clinton. His campaigns, first that year as an independent and then as a Reform Party candidate in 1996, were the most successful bids for the presidency by a third-party candidate in United States history. Some argued that it was his success—he won 19 percent of the vote in 1992—that caused the political apparatus of the United States to change the rules (or rig the system, depending on your point of view) to make third-party candidacies far less threatening to the two-party system.

I first heard of Ross Perot when I was a 13-year-old girl living in a small Texas town outside of Ft. Hood, where my Army dad was stationed after we’d left Germany, never thinking that our lives would intersect in any conceivable way. The year was 1984, and I was in the flag corps of my school’s marching band. Our band played the half-time shows at the Friday night football games. And if you know anything about Texas, you know that football is king.

Ross Perot had become a specter over those Friday nights. Though he was a business magnate, having worked as a salesperson for IBM before founding Electronic Data Systems, then Perot Systems, he was also a man who wanted to take a hand and have a say in current events. He had been involved in attempting to free U.S. prisoners that he believed had been left behind in Vietnam. He tried to help free American hostages in Iran. And he had become a strong influence in Texas politics and lawmaking.