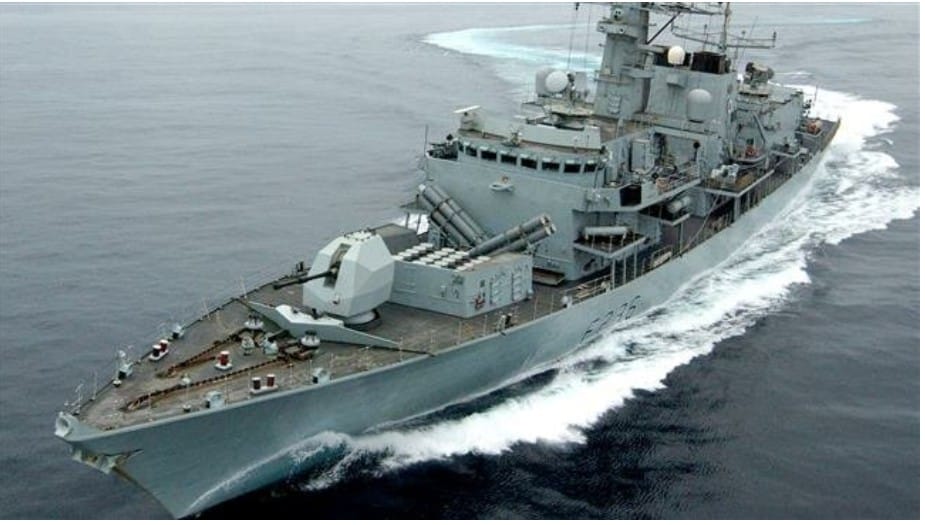 Editor’s note:  The entire thing was fake, made up by the BBC, a network owned by a government long taken over by Epstein style sex trafficking of young boys and a few girls, you see in the UK, it is always young boys…part of their “public school” tradition of buggery.

If only I were making this up.  The UK is a nation entirely run by perverts, twits and morons, all fed into office by multi-generational organized crime.

What makes it worse, I just returned from Britain and spoke to many (not countless close).

“Boris Johnson is dangerous, he is being paid off by the Israeli’s, this is going to be a disaster.”  He just torpedoed the UK ambassador to the US for Trump and now engineered this false flag piece of crap.  He is “on the pad” full time.  Nothing from Britain can be trusted except stilton cheese.

Iran’s Islamic Revolution Guards Corps (IRGC) has dismissed a claim by US officials that its naval forces tried to stop a British tanker in the Persian Gulf.

Early on Thursday, two American officials, who were speaking to Reuters on the condition of anonymity, claimed that five boats believed to belong to the IRGC had approached the tanker British Heritage at the northern entrance of the Strait of Hormuz and ordered it to stop.

The Iranian boats dispersed, said one of the sources, after the UK’s Royal Navy frigate HMS Montrose, which had been escorting the tanker, “pointed its guns at the boats and warned them over radio.”

The other official also called the alleged incident an act of “harassment and an attempt to interfere with the passage.”

However, the IRGC rejected the US officials’ claim, stressing that Iranian boats were carrying out their normal duties.

“Patrols by the IRGC’s Navy vessels have been underway in the Persian Gulf based on current procedures and missions assigned to them with vigilance, precision and strength,” said the Public Relations Department of the IRGC Navy’s Fifth Naval Zone in a statement.

“In the past 24 hours, there has been no encounter with foreign ships, including British ones,” it added.

The statement further noted that the IRGC Navy’s fifth zone has the power to act “decisively and swiftly” and seize foreign vessels in the area it is tasked with patrolling if an order is issued to that effect.

Similarly, Britain claimed Thursday that three Iranian vessels had tried to block the passage of its tanker but backed off.

Zarif: Such claims have no value

Those who make such claims attempt to “cover up their weak point,” he added. “Apparently the British tanker has passed. What they have said themselves and the claims that have been made are for creating tension and these claims have no value.”

Iran’s Foreign Ministry summons Britain’s ambassador to the country after British forces seized an Iranian oil tanker in the Strait of Gibraltar.

The claims came two weeks after British marines illegally seized an Iranian oil tanker in the Strait of Gibraltar under the pretext that the vessel had been suspected of carrying crude to Syria in violation of EU sanctions against the Arab country.

Reports, however, said the seizure took place at the request of the US.

The Islamic Republic condemned the illegal seizure as “maritime piracy” and summoned the British ambassador on three occasions to convey its protest at the confiscation.

There were “no encounters” between the Iranian warships and foreign vessels at the time when the incident is alleged to have taken place, the IRGC’s naval unit said in a statement on Thursday, cited by Fars News.

The IRGC also reiterated that they are prepared to “act swiftly and decisively” should they receive an order to capture any foreign ship.

London said three Iranian patrol boats attempted to stop its oil tanker, ‘British Heritage,’ as it was sailing through the Strait of Hormuz to the Persian Gulf. According to the British government statement, the Iranian vessels were forced to back away after receiving a warning from the Royal Navy frigate, HMS ‘Monrose,’ which was escorting another tanker in the area.

ALSO ON RT.COMIran accused of botched UK tanker raid… just DAY after US call to arms against Tehran

Tensions between Tehran and London escalated last week when the Royal Marines and Gibraltar’s police seized a Panama-flagged and Singapore-owned supertanker near the Strait of Gibraltar. The ship was suspected of transporting oil to Syria in violation of the EU sanctions on Damascus.

According to the US, the captured tanker was carrying Iranian oil. Tehran had acknowledged its ties to the ship but denied that it was traveling to Syria. Iranian officials blasted the seizure of the tanker as “piracy” and demanded that it be released.

Major General Mohsen Rezaee of the IRGC, who leads the influential Expediency Discernment Council, had suggested that Tehran should seize a British oil tanker if London refuses to return the ship captured off Gibraltar.

On Wednesday, Iranian President Hassan Rouhani warned London that its actions against the tanker would have “consequences in the future.”