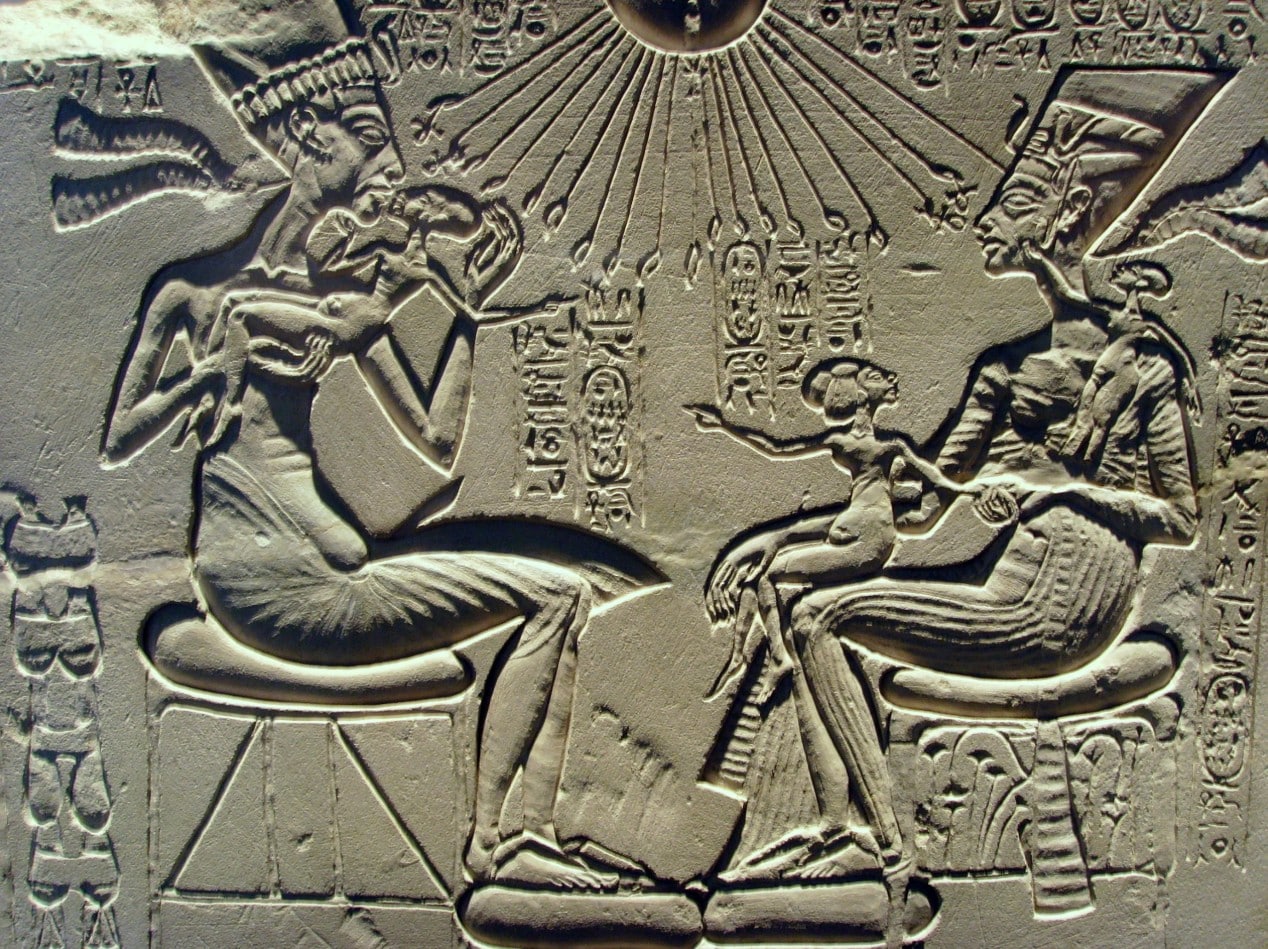 You already got it, it’s the friggin’ bible.  What’s the difference between mythology and religion?  Mythology is what others believe, religion is what you believe.  Any and everyone who believes in religion is too flawed for reason, not good, not bad, just flawed and certainly “not ready.”

The truth?  What is it Jack Nicholson said about handling the truth?

People were manufactured, 95% monkey (ape) and 5% some sort of alien.  Problem is, as the bible and so many other “religious,” read “mythological” works tell us, our gods, assuming they had technology, describe themselves in their own “divine inspired” read “dumbed down for monkey-people” holy works by a slapdash of prophets, seers, saints and saviors.

They describe our alien overseers, be it Yahweh or Zeus, as psychopathic madmen selecting favored monkey-people for their theatrical entertainment and little more.

Problem is, monkey-people had to reproduce, so they were given sex same as the other animals and yet brains too often stuffed with what seems to be reptilian/insectile reasoning capability.

The result is a race where these innate flaws surface in “humans,” read “monkey-people” that prove whatever alien crap DNA was used on us, in some people sex simply drives them nuts, religious types, serial killers, Saudis, military types, pedophiles…

Then we go back to our disclosure, how the off planet self proclaimed super beings, who call themselves gods, who invent “worship” which is always based on psycho-sexual debasement and submission and then they breed with us, as swans and geese, as ghosts, holy or not, as “angels” or “demons,” and we find ourselves on this planet where our history…what does it show?

Is there continued involvement between our planetary rulers, whoever is behind the fake governments we elect and pay, and our offplanet herders?

Moreover, like in Star Trek, are we inhabited by unseen or “non-corporeal” alien “things” that function in the inter-dimensional reality we are only learning about now?

Do they infect or partner with humans?  Is evidence that so many humans aren’t human at all, certainly don’t even act like mammals, proof we need to find and clean these hybrid human insects out of our gene pool?

Assuming that religion and mythology, some really lame stuff, isn’t fed to us to explain why we have “souls,” meaning quite possibly, “alien crap” that makes us better than dogs and cats, is equally crazy.

We used to have gods but they went away.

We used to have angels but they went away.

We used to have magic all the time, miracles, but they went away.

It all happened for some reason, one we aren’t sure of, but when the questions get too tough we make up new lies all the time.

What’s the simple truth?  People aren’t the same as animals, mostly the same, but infected with reason that in many has led to planetary level destruction, endless sick cruelty and rule by those whose genetic makeup seems to carry as much “losers from planet crazy” DNA as possible.

Are the managers for what so many love calling the Deep State simply a front for the gangsters that pay them or are those gangsters themselves infected or possessed by the vermin of the universe that chose to stay behind and amuse itself through suffering and pain?