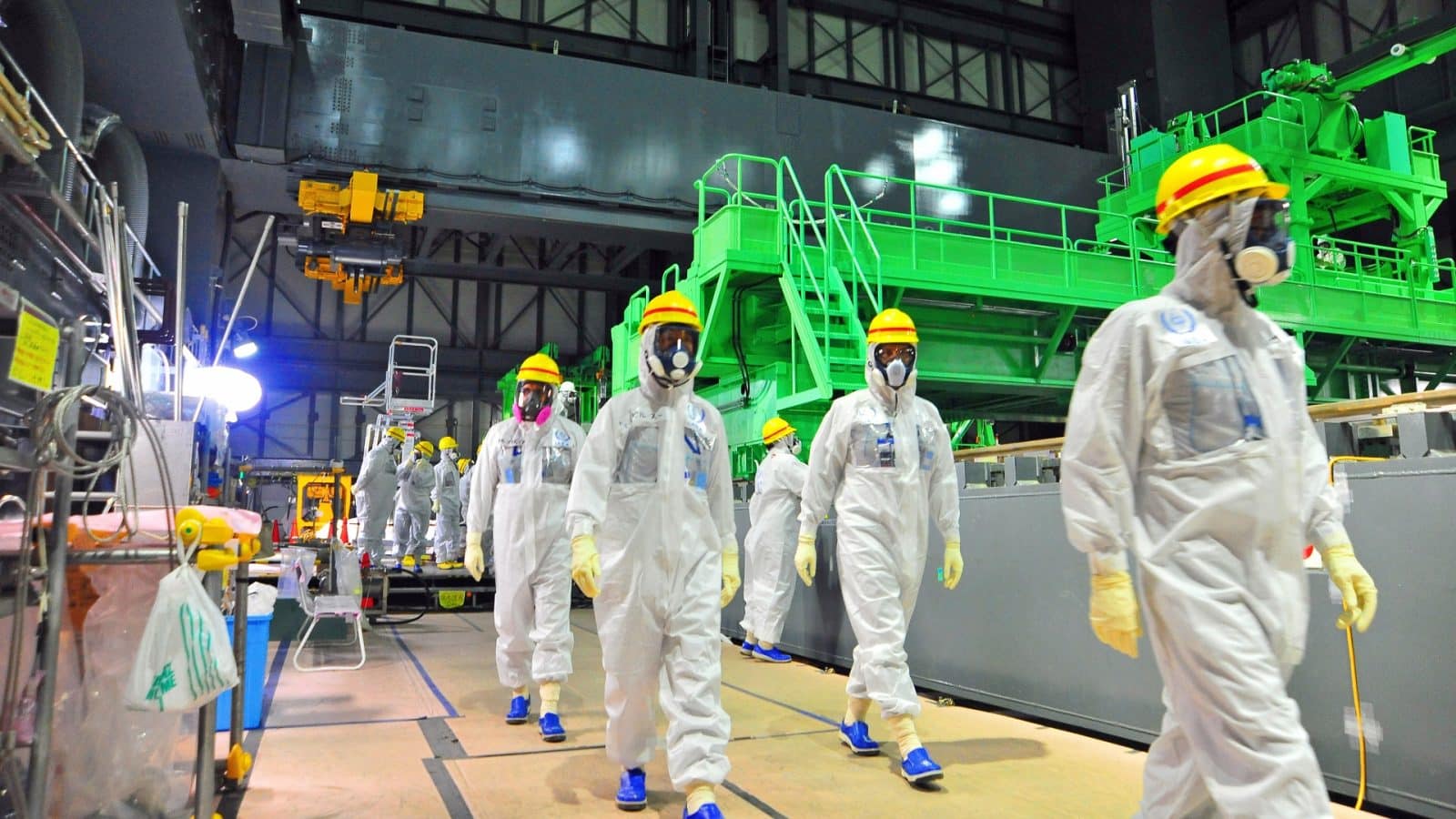 [ Editor’s Note: We are entering the Alice in Wonderland aspect of the JCPOA deal. The US has had the gall under Trump, no surprise there, to claim that Iran is the deal breaker.

Israel is going further, accusing Iran of “nuclear blackmail” with its plan to start backing off its agreed enrichment limitations, but with the option to reverse that process if all parties to the JCPOA come into compliance.

Israel is never challenged by governments or media over its vast, illegal WMD stockpiles, which it continues to refuse having inspected or even discussed, while Iran is framed as the nuclear threat it has not been proven to be.

All of Israel’s long history of claims that Iran was one or two years away from having “the bomb” have all been shot down in flames, via VT’s archive of reporting on the issue. Neither Israel nor any other country challenged the accuracy of our reports, as we used the Israeli archives to prove their own for two decades.

Was it crazy for the US to call for this IAEA meeting, merely to set the stage for framing itself with Israel as the two main rogue nuclear operators at the state level?

Does anyone at the White House care that it just suffered a huge diplomatic defeat, or will the US attitude remain as, “Wha-da-ya gonna do about it?… Jim W. Dean ] 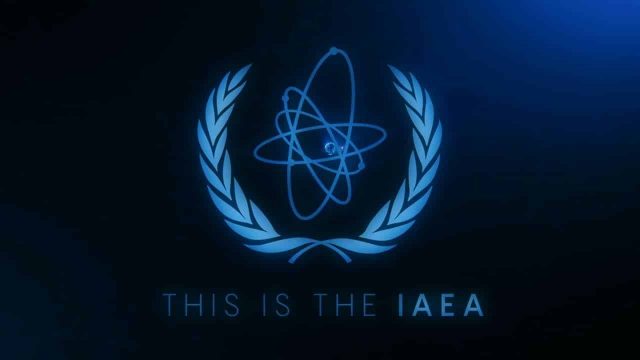 Tehran says the UN nuclear watchdog’s special meeting held at Washington’s request to win the Board of Governors’ support for its anti-Iran claims turned into another failure for Americans.

“Another failure for the US at the mockery of the IAEA’s Board of Governors,” Iranian Foreign Ministry Spokesman Seyyed Abbas Mousavi tweeted on Wednesday in reference to an emergency meeting of the 35-member Board of Governors of the International Atomic Energy Agency (IAEA) to discuss Iran’s nuclear program, which wrapped up with no conclusion earlier in the day in Vienna.

“The US was once again isolated by its own hands,” Mousavi added. The legal strength of the JCPOA [the Iran nuclear deal], the active diplomacy and the fruitful political and ethical record of Iran block all the paths to arrogant deal-breakers,” he added.

The meeting was held a few days after Iran increased the level of its uranium enrichment to 4.5%, which is beyond the limit set by the JCPOA. The move was part of the second phase of the country’s May 8 decision to reduce its commitments under the multilateral 2015 nuclear deal in reaction to the US violations and Europe’s inaction.

The emergency meeting was held at the request of US Ambassador to International Organizations Jackie Wolcott. Iran later criticized the US’ request as a “sad irony” as Washington is the party that has violated the deal first by unilaterally pulling out of it and imposing sanctions on the Islamic Republic. 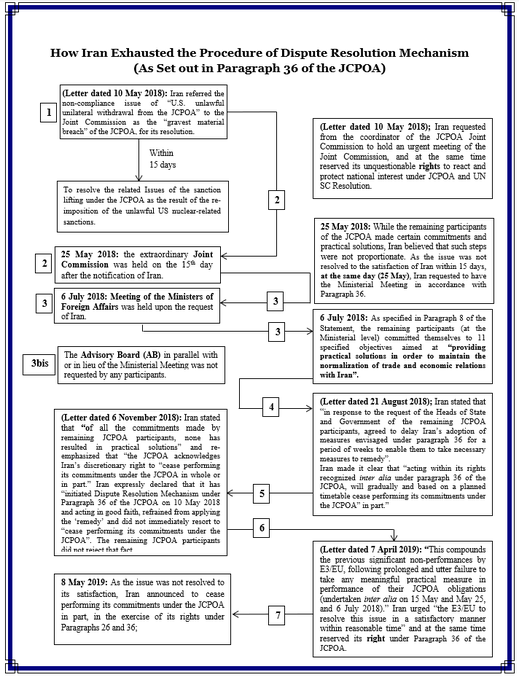 Irony of IAEA Board meeting on US request:
a. US abhors JCPOA, axed & violates it, and punishes all who observe it;
b. US has no standing to raise JCPOA issues;
c. Iran fully complied with JCPOA per 15 IAEA reports;
d. Iran’s actions are lawful under para 36 of accord:

The US had approached various delegations before requesting to convene the special meeting but in the end had to make the request itself, says Iran’s ambassador to the IAEA Kazem Gharib-Abadi.

“We have been informed that the United States were seeking to have some formal outcome of this meeting, something like a resolution […] but because they haven’t been in a position to convince the others to have their support for their claim, regarding consideration of Iran’s ceasing its implementation of the JCPOA, there has been no conclusion,” he told Press TV following the special session.

“The majority of the members of the Board supported the JCPOA, multilateralism and deplored unilateral actions of the US,” he added.

The Iranian envoy earlier told the IAEA’s special meeting that “the sadistic tendency of the United States to use illegal, unilateral sanctions as an instrument to coerce sovereign states and private entities should come to an end.”

The Russian Ambassador to the IAEA, Mikhail Ulyanov, also tweeted after the meeting that the US “was practically isolated on this issue”.

Ulyanov told the assembled diplomats it was an “oddity” that the meeting had been called by the US, “the country that declared the JCPOA to be a ‘terrible deal’”. He said “in practice, it turns out that Washington is aware of the importance of the Plan (JCPOA).”

Also in a statement to the meeting, the UK, France, and Germany said such issues “should be addressed by participants to the JCPOA, including through a meeting of the Joint Commission to be convened urgently.”

The European parties to the JCPOA were supposed to compensate for the US withdrawal from the deal in May 2018 and the impact of its sanctions on the Iranian economy. Back in January, the E3 officially announced a special payment mechanism, known as the Instrument in Support of Trade Exchanges (INSTEX), which was aimed at facilitating trade with Tehran despite the US bans.

However, it took a long time for the trade channel to become fully operational. The first transaction is set to take place soon, but Iran says without injection of sufficient money into the channel, it cannot help the country reap the benefits of the deal.

“We have told them that if they are not ready to put money in the INSTEX, so you have to consider the import of the Iranian oil, so that the money can go to the INSTEX to fund it,” he added.