[ Editor’s Note: Mr. Thomas has given us not only a good review of the current US-China trade war, with Huawei as a front-line example. He has presented it as a teaching tool for other countries to get up to speed on, which they also must do to be less vulnerable to US sanctions pressures.

Once again, Trump’s playing a hard hand has pushed another country into retrenching, forcing it to replace US suppliers forever in its major business projects, so as to protect itself from the unipolar squeeze.

I am on board Trump’s effort to balance out China’s trade balance with the US, and long running inequities. But these were not all China’s fault. Other Western countries accepted the arrangement for many years, without kicking and screaming.

China can live without a US 5G market. Can the US live without growing US exports on the Asian continent, the non-military kind I mean? The term “sanction-proof economy” has not emerged yet. Maybe my usage is the first, but is being discussed in a lot of capitols now.

Joseph Thomas has an excellent report, as Asia is his main beat. Enjoy… Jim W. Dean ] 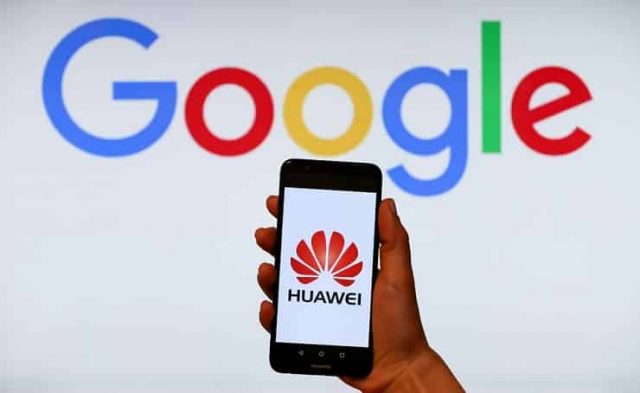 If Washington’s goal was to pressure and isolate China by targeting smartphone giant Huawei, it seems to have accomplished the exact opposite. In the process, the US has only accomplished in exposing its own growing weakness and unreliability as a trade partner amid a much wider, misguided and mismanaged “trade war.”

While we’re only talking about smartphones and economic competition, however fierce, the outcome of this smartphone battle amid a much wider trade war will have an impact on global power and who wields it in the years to come.

By May 2019, Huawei had firmly climbed to the number two spot in global smartphone sales at the expense of US-based Apple. By the first quarter of 2019 it had shipped 59.1 million phones compared to Apple, now third place, at between 36-43 million phones, IDC (International Data Corporation) reported.

IDC and many other articles based on its data would note that while Huawei and Apple have traded places in the past over who held second place among global smartphone sales, Huawei’s ascension this time seemed much more permanent.

Those watching the trajectory and inner workings of both tech giants will have noticed Apple’s decline as endemic internal management problems coupled with growing global competition tattered its reputation and consumer appeal.

Was it just a coincidence that just as first quarter sales data emerged, the US announced one of its more dramatic turns amid its wider trade war with China? The Trump administration would announce a ban on all American-made goods to Huawei including microchips made by Intel and Qualcomm as well as the Android operating system (OS) made by US tech giant Google.

Coupled with this move was a public relations blitz across the US media and their partners working within nations moving closer to China. In Thailand, for example, local media trained and influenced by US interests attempted to undermine consumer confidence in Huawei in the wake of US sanctions against the company.

What Doesn’t Kill You Makes You Stronger

For Huawei, a tech giant integral to China’s wider economic and political success upon the global stage, it has all the resources and support it needs to weather the toughest of storms.

In the wake of US sanctions, and even in the lead up to them, Huawei has begun to source critical parts from non-US companies. It is also investing significantly in its own in-house alternatives to US manufactured microchips and even in an alternative OS to replace Android.

Digital Trends in its article “Huawei’s Android-alternative operating system: Everything you need to know,” helps illustrate just how determined Huawei is to overcome these obstacles.

Android is an open source OS. This means that its code is free for all developers to access and use. It was the key to Android’s wide success, and thus Google’s domination of the smartphone OS market, but it is also a weak point in Google and the US government’s attempts to hobble Huawei.

Huawei’s alternative OS will be compatible with the open source Android system. Android applications can still be downloaded and used on a Huawei phone running Huawei’s OS, but instead of doing so through Google’s online application store, it will be done through Huawei’s.

As some media have pointed out, this means that Huawei’s setbacks by being restricted from Android will only be temporary. Long-term, Google stands to lose tens of millions, if not hundreds of millions of customers who will instead be using Huawei’s alternatives.

Google could even lose its dominion over smartphone OS development if Huawei made its own alternative as accessible and as appealing as Android, minus the political and economic threats aimed at nations Washington finds displeasing.

Maybe this is why the US appears to be backing off (for now), if only partially, from its initial threats against Huawei. Nothing the US is doing to Huawei actually addresses why US companies themselves are losing the smartphone war to begin with.

Should companies like Huawei overcome what little leverage the US still has over global telecom tech, it will have a stronger smartphone product coupled with stronger, alternative infrastructure out of reach of US influence.

In efforts to isolate China, the US may be succeeding in only isolating itself.

US Threats Undermine Confidence in the US, Not China

Other nations needed little imagination to realise that if the US could target Chinese companies simply for outcompeting American corporations, they could easily find themselves next. This has made them sympathetic to China’s current challenges.

While media influenced by the US in various nations have aided US efforts to undermine China’s Huawei, the nations themselves have not.

In Thailand, for example, the Thai government has moved forward with plans to partner with Huawei to develop its national 5G network despite mounting pressure not to from the US, NPR would report.

Huawei is still a popular brand in Thai markets, in third place behind Oppo (also a Chinese brand) and Samsung, Bangkok Post reported.

Thai government agencies have been assuring consumers that US sanctions will not impact Huawei goods sold in Thailand in the short-term, while Huawei takes steps to ensure there will be no impact in the long-term.

Since Huawei is not the first Chinese tech company targeted by the US in such a manner, and with other Chinese-made smartphones becoming popular in nations like Thailand (Oppo for example), China as a nation will only pour further resources in protecting Chinese companies from the coercive measures taken by the US.

Other nations are not only sympathetic toward Chinese efforts, they themselves will likely take similar measures regarding their own industries.

Growing US pressure placed on Russia is another example. The US has even gone as far as threatening nations like Germany with sanctions for moving ahead with a German-Russian pipeline (Nord Stream 2).

The US has revealed itself as an unreliable trade partner, bitter at any prospect of competition or genuine cooperation. Amid its trade war with China it has pressured its own allies to hamper trade with China, a move that benefits China’s trade partners in no conceivable way.

The US is willing to do anything to anyone to cling to global economic supremacy and the power that stems from holding it in its own hands. Sharing it with China and Russia or even its own allies in Europe and East Asia dilutes both the potency of that power, and its ability to wield it with potent impunity.

But fabricating justifications to go off to war isn’t reserved merely for hot wars. The US is citing supposed security concerns to target China’s Huawei, coincidentally just as it permanently overtakes US-based Apple in global smartphone sales, and amid a wider trade war built on entirely different (but also fabricated) claims.

The fact that the US is lying about its motivations to target Huawei should be another warning to Beijing over the trustworthiness of the current circles dominating US economic and political power. It should also be a warning to the rest of the world when doing business with the US.

A robust strategy must be adopted by nations and between nations to protect themselves from the still potent and disruptive power the US holds over global economics.

Whether it is attempts by the US to undermine confidence in a nation’s economy, smear a nation’s tourism industry, attempts to reverse the global success of companies like Huawei or even sabotage energy deals made by the US’ own allies with nations Washington considers adversaries, what amounts to highly dangerous American-led economic warfare remains a critical threat to global peace and stability.

Strategies for protecting national industries by developing domestic industrial capacity and relying less on sourcing critical components from unreliable partners like the US is essential. So is protecting bilateral trade through the creation of financial exchange systems out of reach of US sanctions. Being able to counter Washington’s manufactured narratives used to justify its coercive economic behavior is also key.

Huawei’s success or failure serves as a weather vane indicating in just what direction this balance of power is headed.