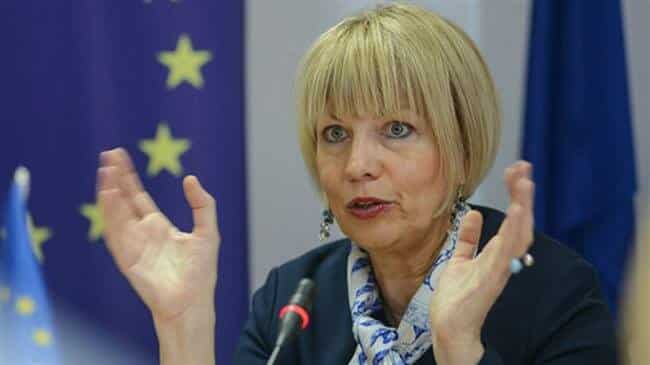 [ Editor’s Note: This was certainly good news that the INSTEX payment system will be available to non-EU countries. But as I kept reading down the page for news that more than humanitarian items would be passing through the system, there was none.

So, technically we have a system to handle payment for humanitarian goods that weren’t supposed to be under the sanctions in the first place. Businesses were too scared of the US Treasury Department putting them on a sanctions list if they did. Welcome to unipolar land.

But positive momentum is always welcome, as that increases the chance of more positive change versus the US schoolyard-fight name calling and “I’ll get you back” silliness.

One of the things working against major change is that the earlier US sanctions did finally work to bring Iran to the negotiating table. And after four long years of negotiations, a deal was hammered out, only to be peed on by Trump, like a cat marking out new territory.

The big problem is that Trump is fully invested in the Iran boogieman con; and I can’t see the Israelis letting him off the hook to get the war they want at US expense and US body bags. The dirty deal Pollard did for them filled a lot of body bags… Jim W. Dean ]

A senior European Union official says non-EU members will be taking part in a mechanism established to enable non-dollar trade between the 28-nation bloc and Iran.

Britain, France, and Germany announced the establishment of the system, officially called the Instrument in Support of Trade Exchanges (INSTEX), in January. The apparatus is expected to circumvent the sanctions that the United States began re-imposing against Iran after leaving a nuclear deal with the Islamic Republic, the trio, and Russia and China.

As many as seven more EU members have also committed to use the apparatus for business purposes with the Islamic Republic. But on Thursday, Helga Schmid, secretary general of the European Union’s External Action Service (EEAS), said beyond the 10-strong European states, “more, also non-EU member states, will join” the trade instrument.

The system came into force after Iran complained why the European countries did not keep up their trade with the country as the nuclear deal mandates them to, and instead bow under the US sanctions targeting the Islamic Republic.

In May, Iran initiated a set of countermeasures against Washington’s withdrawal from the nuclear agreement, officially known as the Joint Comprehensive Plan of Action (JCPOA), and the European deal partners’ failure to guarantee Tehran’s business interests under the agreement.

The countermeasures have seen Tehran surpass the 3.67-percent cap set by the deal on the level of its uranium enrichment, and the 130-tone ceiling placed on its heavy water reservoir.

Iran had accepted the limits voluntarily as part of the deal, despite not being obligated by the UN nuclear agency to commit to any such restrictions.

In early July, though, Iranian Foreign Minister Mohammad Javad Zarif told reporters that the Europeans’ commitments under the nuclear accord far exceeded the INSTEX.

He said Europeans had undertaken 11 commitments to the country under the JCPOA. These include Iran’s oil sales, which the US has been trying to block through the sanctions, secure financial returns from the sales and investment in Iran, as well as facilitation of transport, aviation, and shipping activities involving the country.

Zarif described the INSTEX as just a prelude to implementation of the 11-fold commitments. Tehran has vowed to reverse all its nuclear responses as soon as the other JCPOA signatories begin fully implementing their nuclear obligations.