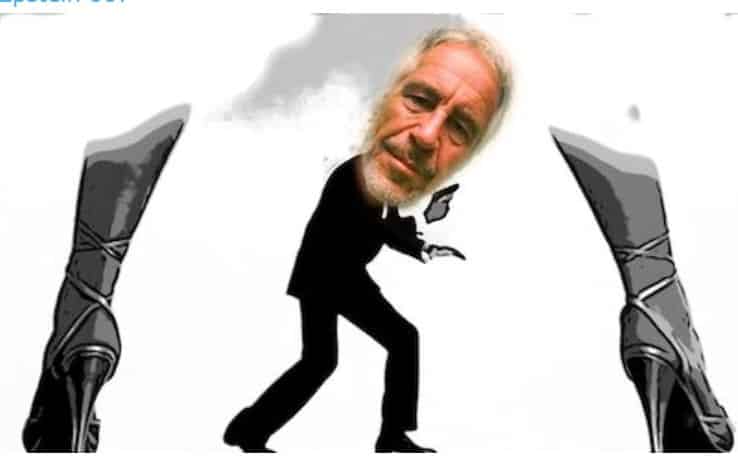 It is possible that Epstein is just an ordinary paedophile, a slave to his own sick depravity. But this now seems unlikely, it leaves too many questions unresolved: why did Epstein build a sex trafficking network? Why did he seek the company of the world’s most influential characters? Why did he schlep all those royals, once and future presidents, Harvard professors and movie stars around the world in his ‘Lolita Express’? And then we get to the big question: how did he get away with it all?  Back in 2007, registered sex offender Epstein was supposed to spend the rest of his life behind bars. Instead he spent a mere thirteen months in a VIP prison.

The Daily Beast reported yesterday that when Alexander Acosta, the former U.S. attorney in Miami who infamously cut Epstein a non-prosecution plea deal back in 2007, was being interviewed for the job of US labor secretary by the Trump administration’s transition team, Acosta’s conduct in the Epstein affair came under scrutiny. In that interview Acosta allegedly said,  “I was told Epstein ‘belonged to intelligence’ and to leave it alone.”

The more we look into this registered sex offender’s saga, the more it appears to have the characteristics of a gargantuan espionage operation. If so, then Epstein was running a multi-million intelligence apparatus set to accumulate dirt on some of the world’s most influential people. The walls of his Caribbean island palace were rigged with cameras, and likely for reasons other than his personal libidinal gratification. Epstein didn’t work alone. Press reports allege that Ghislaine Maxwell functioned as Epstein’s ‘madam.’

Multiple court filings reviewed and reported on by the Miami Herald reveal that lawyers for one of Epstein’s alleged victims claim that Maxwell helped traffic girls and women to powerful figures. The same documents report  that the alleged victims were lured into the sex ring by offers of modelling, fashion, and educational opportunities.

Ghislaine is the youngest child of the flamboyant Jewish media tycoon Robert Maxwell, who died under mysterious circumstances in November 1991.  Shortly before he died, a self-proclaimed former Mossad officer named Ari Ben-Menashe had approached a number of news organisations in Britain and the United States with the allegation that Maxwell was a long-time agent for the Israeli intelligence service.

I cannot verify whether Robert Maxwell was a Mossad agent or if association with the Mossad is an hereditary trait, but the possible conjecture that Epstein and Maxwell were running an intelligence operation makes sense of the questions surrounding this gruesome spectacle.

This intelligence postulate raises a crucial question. If Epstein was a spy, who did he work for? Was it the Russians? I only ask because every time Tel Aviv comes up as a likely suspect American media tends to blame the Russians. Maybe Epstein was working for the Iranians, all indications are that the Trump’s administration is desperate for a pretext for a war with Iran. Another possibly is that this affair is a classic MI6 operation and Epstein is actually the paedophile model of 007. If the espionage conspiracy theory is correct, then the Mossad and the CIA would be the natural suspects. Yet it is difficult to believe that the Mossad acting by itself was powerful enough to procure for Epstein his remarkably lenient plea deal. It is almost impossible to imagine that Acosta, acting as the federal prosecutor, would take instructions from Israel. If it was the Mossad, they likely enjoyed significant support from within the American intelligence community. I assume that Alan Dershowitz, Epstein’s former attorney, may be able to answer some of these questions. He seems to know the details:
https://youtu.be/eaz9dpk9Yyk