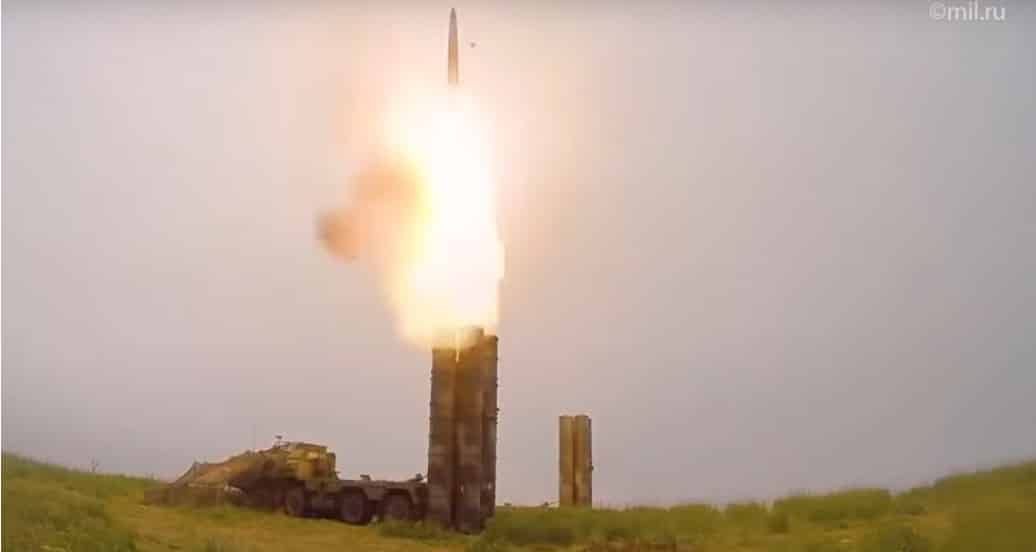 On Friday, Turkey received its first components of the S-400 Triumf air defense systems purchased from Russia amid much controversy. A defense expert told Sputnik that Ankara is acquiring the systems as independent insurance against a coup d’etat by its own air force and has no intention of integrating them with other systems, as the US fears.

“Turkey received the first batch of S-400 air defense systems components. The deliveries are sent to the Murted air base in Ankara province,” the Turkish Defense Ministry said in a Friday tweet. Delivery of the advanced air defense equipment will also trigger economic sanctions by the United States, which has sought to deter Turkish purchasing of the S-400s. Pentagon officials have expressed concern that having the S-400 operating on the same network as the US-made F-35 Lightning II will expose weaknesses in the stealth aircraft to other S-400 operators like Russia and China, who might find themselves on the receiving end of an F-35 airstrike one day.

Delivery of the F-35s Turkey purchased has already been cancelled, as has the delivery of further aircraft. In response, Turkish President Recep Tayyip Erdogan has turned to Russia and China for a stealth aircraft, even while recently announcing an indigenous effort to produce one.

However, the integration Washington fears is likely impossible, Mark Sleboda, an international affairs and security analyst based in Moscow, told Radio Sputnik’s Loud and Clear Friday, and Erdogan’s true motivation behind acquiring the missile systems is to serve as an insurance policy against either NATO or his own military turning against him.

“First of all, only the first component of the S-400 has arrived in Turkey,” Sleboda told hosts Brian Becker and John Kiriakou. “This is not a one-piece-of-equipment system, this is a complicated piece of A2AD [Anti-Access/Area Denial] surface to air missile system. There are launchers, there are support vehicles, there are command and control, there are multiple layered radar and high elevation detectors, and so on. There’s a lot of pieces of equipment here.”

“What Turkey has received so far that we’ve seen is just the launchers – kind of, actually, the least controversial part of the S-400s. And they also haven’t received any missiles. They won’t be received, the word is, until early in the autumn, and actually Turkey’s S-400 system will probably not be fully arrived and operational until the end of the year at the earliest – probably next year.”

Sleboda asserted that the Pentagon’s fretting is for naught: “It shouldn’t be normally possible to integrate the S-400 with NATO’s standard integrated air defense systems,” Sleboda said, noting Ankara has also sought French SAMP-T medium-range air defense systems. “And of course, the S-400 were a very complicated piece of gear, considered by many experts the best air defense system in the world. It works best when comprised as part of a layered, integrated air defense system, with short-range point systems and larger radars, and internet connections integrating an entire network. This isn’t going to be the case; this is going to be an independent system, and Turkey has even indicated it may still take up the US offer of the [MIM-104] Patriot to integrate with their already-existing NATO systems.”

“But the S-400 does have capabilities that Turkey doesn’t have right now. It has the ability to take down cruise missiles and ballistic missiles, as well as stealth and normal fighters, jets, bombers and so on. But this gets to the reason why exactly Erdogan is so desperate for the S-400. It does not integrate with the NATO systems. It also would not be able to be turned off by NATO, as happened in the Gulf War with Saddam Hussein, who had bought French air defense systems that were all shut down at a signal by the United States – remotely.”

“If the US and other NATO countries took a bad political turn with Turkey and the … authoritarian way his regime is shaping up Turkish politics, and decided he was a target for regime change, it would allow him a limited amount of defense against that.”

“But I think more importantly, during the coup that occurred against Turkey, a great deal of the center of the military coup against Erdogan that failed several years ago was done by the air force,” Sleboda said, noting that Turkish Air Force pilots, “flying Western-made fighters, attempted to shoot Erdogan down out of the sky, and Turkish air defense … because it was NATO-made, wouldn’t work against these aircraft. A Russian air system would.”

Sleboda noted that the air force is one of the most Westernized branches of the Turkish military, not only using more Western-made equipment than the other branches, but also receiving much of its training from Western nations, and as a result, also posing the greatest political danger to Erdogan’s regime.

“So not only is it theoretically possible to use against NATO member states and other countries such as Israel, armed with US weapons, but it’s also possible to use if there is another such insurgency involving the Turkish military, armed with American equipment, American and other Western fighters, could be taken down by a Russian air defense system. So it’s a way of helping protect against his own military.”