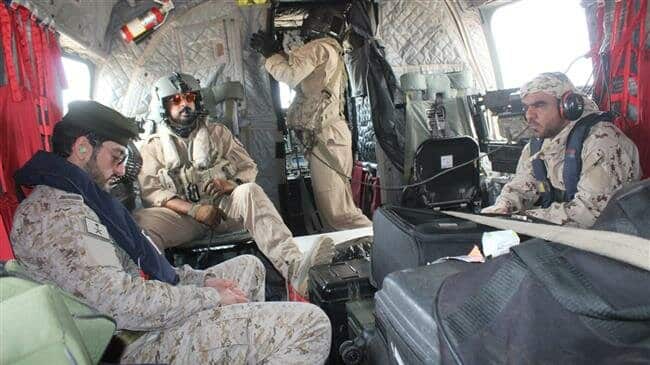 [ Editor’s Note: We had no clue if the earlier report on UAE troop pulldown was real or a publicity stunt, as such things are common in fake war and news business. But today’s news confirms that it is real.

What is the reason? It is the most common historical one – that the war is unwinnable, with the article below having this great quote:

...“a belated recognition that a grinding war that has killed thousands of civilians and turned Yemen into a humanitarian disaster is no longer winnable.”

VT is proven right once again, as we have always thought that Yemen would be a desert Vietnam, because the Yemenis had no choice but to keep fighting.

Not mentioned in the article is the effect the advanced drone strikes had, which was threefold. First was that the Yemenis could build them, with help of course; second was their precision ability to hit their targets; and third, their ability to defeat the best air defense technology that money could buy.

This is a bittersweet victory for Yemen, as it has paid a huge price; and will continue to do so from the after effects of a generation of children with physical and emotional handicaps, which have stolen their leading a full life.

They will be a version of the walking dead – those that can still walk. And the US politically and militarily will be able to chalk up another dumb war that only enriched the war crowd and its Deep State constituency. Tragic and reprehensible… Jim W. Dean ]

The United Arab Emirates has pulled most of its forces from the Yemen “quagmire” in a “face-saving” decision that has deeply upset its Saudi allies, The New York Times has said.

UAE officials have been saying for several weeks that they have begun a phased and partial withdrawal of forces, estimated at 5,000 troops a few years ago. However, significant reduction has already occurred, the Times quoted Western and Arab diplomats briefed on the drawdown as saying.

Over the past month, the UAE has cut its deployment around the strategic Red Sea port of Hudaydah by 80 percent to fewer than 150 men, according to people briefed on the drawdown. They have pulled out their attack helicopters and heavy guns, effectively precluding a military advance on the city.

The UAE, according to a senior Emirati official, says the drawdown is intended to support a shaky United Nations-brokered ceasefire in Hudaydah that came into effect in December.

The drawdown, the Times said, is “a belated recognition that a grinding war that has killed thousands of civilians and turned Yemen into a humanitarian disaster is no longer winnable.”

The Associated Press also quoted experts as saying that the troop drawdown aims to restore the Persian Gulf country’s reputation, even though it may strain ties with Saudi Arabia at a time of heightened tensions with Iran.

“The Emiratis are driven mostly by their desire to exit a war whose cost has become too high, even if it means angering their Saudi allies,” the New York Times said.

The paper quoted Mike Hindmarsh, a retired Australian major general who commands the Emirati presidential guard, recently telling Western visitors that Yemen had become a quagmire where the Houthis were the “Yemeni Viet Cong.”

The drawdown “is going to expose the Saudis to the reality that this war is a failure,” said Michael Stephens of the Royal United Services Institute, a research group in London.

“It tells us the two main protagonists on the coalition side, Saudi Arabia and the United Arab Emirates, don’t have the same idea of what success looks like,” he told the Times.

According to diplomats, the Saudis were “deeply disappointed” by the Emirati decision.

“Top officials with the royal court personally intervened with the Emirati leaders to try to dissuade them from the drawdown,” a Western diplomat familiar with the matter was quoted as saying.

The Emiratis have avoided publicly announcing their decision in part to minimize the unhappiness of the Saudis, said several people briefed by the Emiratis.

Tensions between Riyadh and Abu Dhabi — yet to play out in full display — could have major consequences for the Saudi-led coalition, which has for more than four years been fighting a war it hoped to finish in a matter of weeks.

With UAE troops out, command of the fractious Yemeni forces is passing to Saudi Arabia. People familiar with the matter said Saudi officers had taken charge at the two main Emirati bases on the Red Sea, at Mokha and Khokha.

However, the Saudis have little experience in commanding the unruly group of ragtag fighters, and the sudden changes have stoked fears that without the heavily armed Emiratis to keep the peace, the Yemenis could start to feud among themselves.

Saudi Arabia and its allies started the war on the Yemeni nation in March 2015 to reinstall former president Abd Rabbuh Mansour Hadi, who resigned from presidency and fled to Riyadh in January 2015 amid popular outcry over corruption and mismanagement of the economy. Houthi Ansarullah fighters then took over state matters to prevent the country from descending into chaos.

The war has been unsuccessful to this day, and reports have revealed cracks in the coalition in the form of differences between Hadi and the UAE, which has reportedly gained oversized influence in southern Yemen.