Home Government Republicans & Democrats agree: No war on Iran (without Congress at least) 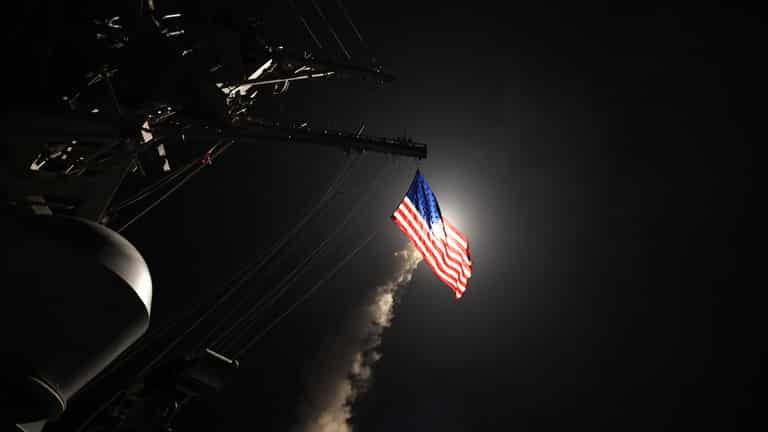 Share
Twitter
Pinterest
WhatsApp
Linkedin
ReddIt
Email
Print
Tumblr
Digg
…from Russia Today, Moscow
–
[ Editor’s Note: Well, all is not lost. Congress was able to pull off a bipartisan vote to put the cork back into the bottle on Trump and his handlers’ war on Iran. We will be looking for what lobbying the Israel Lobby had done, and why they did not veto the effort.
–
But we are not completely out of the woods, as the new arrangement means that a really good false flag attack would have to be arranged to have Congress screaming for war.
–
A whole array of such incidents are “on the shelf”, so to speak, for contingency situations where “an incident” is needed, and the military is tasked with choosing the best scenario to fit the situation. The 9-11 situation was a hybrid affair.
–
This is one of the justifications for our huge overseas basing network and forward deployment, to be able to respond to an attack. But this also creates a hairline trigger for something like a US ship getting torpedoed in the Persian Gulf with loss of life and a fabricated communication intercept “proving” the Iranians had done it.
–
But we all know the Iranians would never strike first. They are not idiots. And last, we could not assume that only the US could be a false flag instigator. Israel is right up there on the talent list, with a proven track record… Jim W. Dean ] 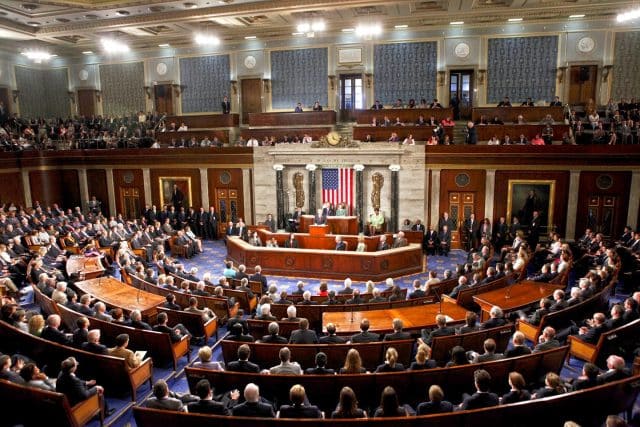 The House of Representatives has adopted the 2020 military spending bill, but with an amendment that blocks war on Iran without congressional approval – backed by President Donald Trump’s outspoken critics and supporters alike.
–

A bipartisan amendment to bar the executive branch from offensive action against Iran without explicit authorization from Congress was adopted with a 250-170 vote, with 27 Republicans joining the Democrats in support, and seven Democrats crossing the aisle in opposition. 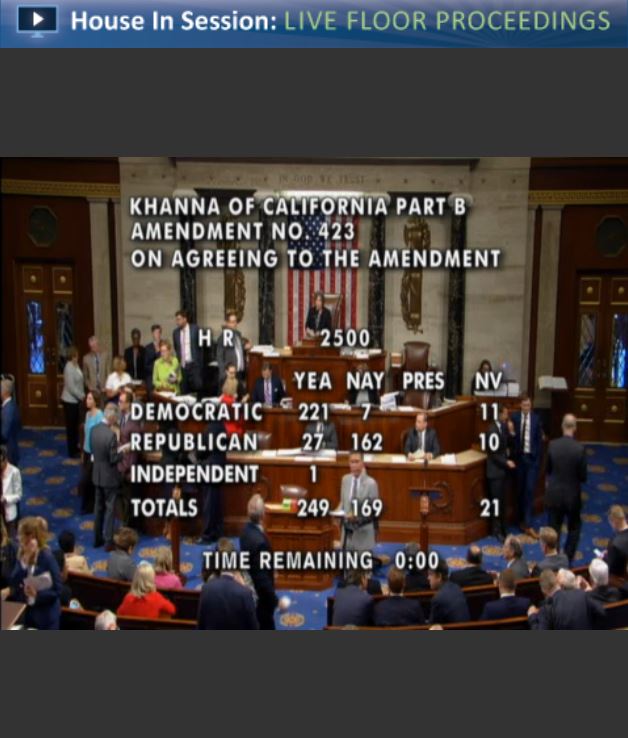 The amendment was proposed by otherwise unlikely allies: Rep. Ro Khanna (D-California) of the Progressive Caucus, and Rep. Matt Gaetz (R-Florida) of the Freedom Caucus, one of the most prominent Trump supporters in the House.

“What Ro and I are proposing is not to lay our arms down and make victims or targets out of our service members,” Gaetz told Fox News prior to the vote, flanked by Khanna. “We do not believe that any president should be able to lurch into a decades-long war in the absence of approval by Congress.”

The time has come for Congress to once again reassert its constitutional authority and speak decisively on matters of war and peace, and I applaud the House today for passing our amendment that ensures any military action in Iran is carried out constitutionally. @RepRoKhanna

Khanna made the point that Trump himself had campaigned against endless wars, but had advisers around him that were pushing him into a conflict with Iran.

“I believe he doesn’t want one,” Khanna said. After the amendment passed, he told reporters that it was “proof that opposition to war with Iran transcends partisan politics.”

Not surprisingly, the mainstream media outlets reported on the amendment’s passage as a rebuke of Trump by the Democrat-led House.

“The Democratic-controlled House votes to limit President Trump’s authority to make war against Iran,” said AP. “House votes to prevent Trump from entering an unauthorized war with Iran,” said the Washington Post. “The House voted to check President Trump’s authority to strike Iran by requiring him to get Congress’s approval first,” declared the New York Times.

ALSO ON RT.COMUS planned to hit 3 different sites in response to Iran, was told 150 people would have died – Trump

Far from being a warmonger, however, Trump called off the strike against Iran last month – citing concerns over Iranian casualties – after Tehran shot down a US spy drone over the Straits of Hormuz. He has also opened dialogue with North Korea, ordered the US withdrawal from Syria, and his administration is currently conducting peace talks to conclude the 18-year-long conflict in Afghanistan.

Secretary of State Mike Pompeo and National Security Advisor John Bolton are considered hard-liners on the issue of Iran, as are many establishment Republicans in the House, including Liz Cheney (R-Wyoming), daughter of George W. Bush’s VP Dick Cheney, one of the architects of the 2003 Iraq invasion.

“A Cheney wanting us to get into war? Weird,” Gaetz joked to Fox, when asked about her objections to the amendment he and Khanna had proposed.

Another amendment, seeking to repeal the 2002 Authorization for Use of Military Force (AUMF) against Iraq, passed with a vote of 242-180. It was sponsored by Reps. Barbara Lee (D-California) and Justin Amash (I-Michigan), a former Republican.

The final vote on the 2020 National Defense Authorization Act (NDAA) passed by a vote of 220-197, along party lines. It authorizes $733 billion for the Pentagon in the next fiscal year, some $17 billion less than what the White House asked for.