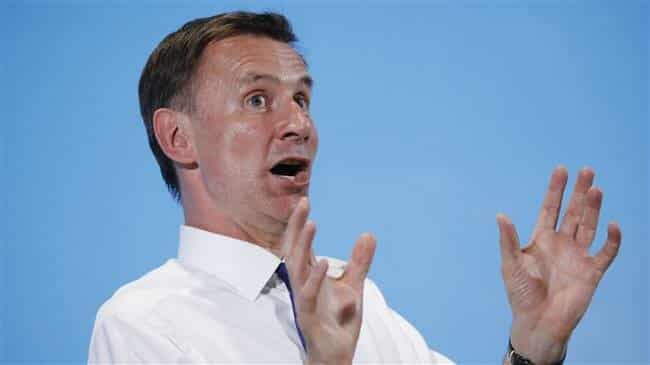 [ Editor’s Note: As VT had suspected, the seizure of the Iranian oil tanker, which made no sense at all, was a screw up. The first big clue was when the reason for its seizure started changing right away.

That was a sign that someone had possibly exceeded their authority – not a small goof. And then the lies started, evidence of panic, that it was seized in international waters, when it was inside Spain’s limits.

Spain now seems bent on putting its claim to Gibraltar on the front burner as punishment. So what did Britain get out of the big stunt? It looks like it just made a fool of itself.

No effort had ever been made to put Syria under a blockade during the war. Does anyone remember the Russians coming in with a lot of military equipment and turning the whole situation around?

Was Russia sanctioned for doing that by the UN, the US or Turkey? No. While we are asking questions, is the British navy in shape to go on the offense, when it has had trouble even maintaining vessels, even keeping the engines running, as opposed to having some towed back to port?

It looks to me that someone is doing a “huffing and puffing” routine to make Britain look great again as a distraction, when it is really in a swamp of problems both domestically and internationally … Jim W. Dean ] 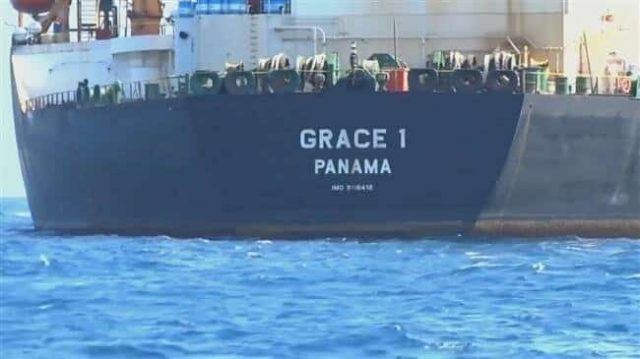 British foreign secretary Jeremy Hunt’s statement that the UK is willing to conditionally release the super-tanker Grace 1 is being widely interpreted by the British media as a climb down.

The Daily Telegraph, on July 13th, states that Hunt has offered to release the tanker in a bid to “diffuse” tensions with Iran.

British Royal Marines seized the Russian owned tanker, carrying Iranian crude oil, in dramatic, commando-style fashion, by approaching the ship in speedboats and fast roping onto the deck of the ship.

According to University lecturer, Eskandar Sadeghi-Borroujerdi, writing in the Guardian, this brazen show of force was an attempt by the UK to appease the US, with a view to further inflaming tensions in the Persian Gulf.

So what is the explanation for the sudden British climb down? From the outset the British government was on the defensive in trying to justify its argument that it was enforcing EU sanctions on Syria.

For a start, the EU did not request the seizure, nor did it endorse the British action. Furthermore, no such action had targeted Syria-bound ships before, even at the height of the Syrian conflict.

As the Syrian conflict has more or less concluded, the British claim to be enforcing Syria-related sanctions, is harder than ever to justify.

At the diplomatic level, the British action hit raw nerves, especially in relation to London’s strained ties with Madrid. The Spanish foreign minister, Josep Borrell, was quick to admonish the British action by reminding a global audience that the Royal Navy had acted illegally by seizing a foreign vessel in Spanish territorial waters.

In the wake of Borrell’s tough stance, Spain is expected to step up diplomatic efforts to free its territory in Gibraltar, which has been under British occupation since 1713.

At the military level, the British action was also met with surprise, even disbelief, in view of the Royal Navy’s depleted operational capability.

Former British military commanders, notably the former navy commander, Admiral Alan West, have been at pains to point out that, following years of budget cuts, the Royal Navy is in no shape to adopt an offensive posture on the world stage.

Inside Britain, the illegal seizure of the Grace 1 was not enthusiastically embraced by the public. Apart from the Tory party leadership, no other significant British political faction supported this blatant act of piracy.

After failing to muster sufficient political support to keep Grace 1 and its cargo in detention, Hunt and his colleagues now appear to be seeking a way out of this self-inflicted crisis.