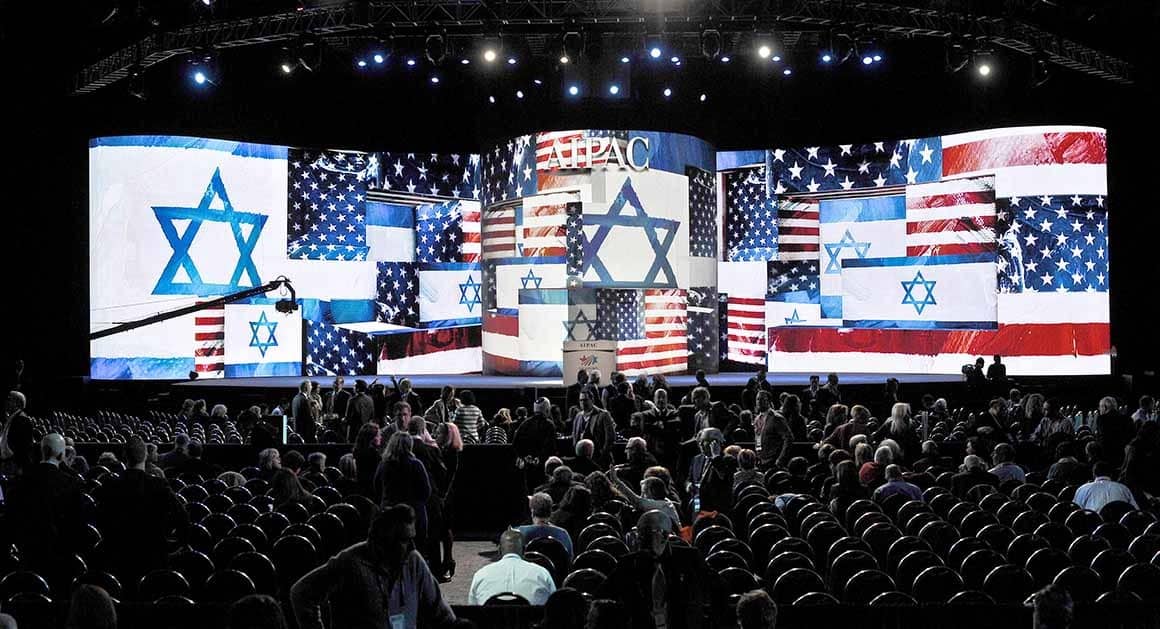 [ Editor’s Note: Phil has his guns blazing as he goes after the Democratic Senators who gave a private meeting to major Jewish groups to get their wish list and swear fealty to whatever Israel wants.

The groveling contest between Republicans and Democrats for the Jewish Lobby political support has been going on a long time, and the Democrats usually fare better, as more Jews are liberal in politics.

Both parties are well-funded by these orgs, as the Lobby 5th column, as Giraldi describes it, is primarily interested in Israel’s interest above that of its fellow Americans, who are viewed as chumps with pockets to be picked for Israel.

At the end of his withering critique, Phil lays the cruncher down with his mention that no American national or ethnic group has ever attempted to destroy the First Amendment by carving out a special niche for itself to bring criminal penalties on those fellow Americans who disagree with its positions.

There are many in the defense and security orgs who feel like Phil,, but they keep their heads down, not wanting to get “targeted” because they know our corrupt system will always side with the Lobby people.

To all of them I would say look at Phil and VT. We have fought them tooth and nail for years; and they have not laid a glove on us, because they know that would just give us a bigger public forum; and they are too smart to do that.

We get harassed for sure, but no moves to punch our tickets, as we know a lot that we have saved for the rainy day; and we are not without friends in high places … Jim W. Dean ]

On June 5, 16 heads of Jewish organizations joined 25 Democratic senators in a private meeting, which, according to the Times of Israel, is an annual event. All of the Jewish organizations but one were openly declared advocates for Israel and are supportive of its policies.

Key groups present included the Council of Presidents of Major Jewish Organizations, the Anti-Defamation League, and the American Israel Public Affairs Committee. A number of the groups have lobbied Congress and the White House in support of the use of force against Iran, a position that is basically identical to the demands being made by the government of Prime Minister Benjamin Netanyahu.

The senatorial delegation was headed by Sen. Chuck Schumer (D-N.Y.), currently Senate minority leader who has described himself as the “shomer” or guardian of Israel in the Senate.

The 25 senators in attendance constitute one-quarter of the entire deliberative body and more than half of all Democrats serving in it. Sen. Amy Klobuchar (D-Minn.), who has emphatically linked her campaign to become the Democratic presidential nominee in 2020 to Jewish and Israeli interests, chaired the gathering.

After the meeting, Jewish Insider provided a complete list of the participants and also a diagram of how they were positioned in the Capitol Hill conference room. The senators were placed on one side of a rectangle with the Jewish leaders in front of them filling the seats on the other three sides.

Who exactly provided the agenda that Klobuchar was presumably following is not known, but one suspects that it may have been a joint effort by Schumer and several of the more prominent Jewish organization participants.

The meeting was by design not a public event, and, to a certain extent, it was a secret. Its time, place, and participants were not announced, and it was only reported at all in the Israeli and Jewish media.

According to after-the-fact coverage of the event by Alison Weir of the “If Americans Knew” website, even staffers in the congressional offices were not aware that the meeting was taking place.

No statement was issued afterwards, but it is believed that the principal topic under discussion was how to contain and reverse pro-Palestinian sentiment among progressive Democratic voters, who, to the horror of the participants, actually have been embracing the possibility that Palestinians are human beings with plausibly the same rights as Israelis.

A particular focus would have been the nonviolent Boycott, Divestment and Sanctions movement (BDS), which has become a growing force on college campuses and in progressive circles.

Other issues raised were mentioned in passing afterwards on the email service “The Tell” by Ron Kampeas of the Jewish Telegraphic Agency (JTA) news service. They included supporting Israel and also more federal-level legislation to combat “anti-Semitism.”

And, of course, there was the issue of money. Several groups want funding from the Department of Homeland Security (DHS) increased to pay for more security at Jewish facilities. Current legislation is considering allocating $70 million per year and there were demands that it be increased to $90 million.

A 2014 article in the Jewish Forward reported that Jewish institutions received 94% of DHS discretionary funding.

One might reasonably argue that the private meeting with the Democratic senators reflects a singular urgency in that the party base is becoming notably less pro-Israel, suggesting that something had to be done to stop the rot.

That may be true enough, but the reality is that the federal government’s pandering to Israel is both bi-partisan and global in its reach. The United States uniquely has a special envoy to combat anti-Semitism, and his writ extends to proposing sanctions against countries that are critics of Israel.

And even as the Democrats were meeting with Jewish leaders, the Republicans were doing much the same thing. Secretary of State Mike Pompeo met with probably some of those very same leaders as the Democrats and expressed concern about the possibility that British Labour Leader Jeremy Corbyn might become prime minister.

Corbyn has been targeted by British Jews because he is the first UK senior politician to speak sympathetically about the plight of the Palestinians.

Pompeo was asked, if Corbyn “is elected, would you be willing to work with us to take action if life becomes very difficult for Jews in the UK?” He replied:

“It could be that Mr. Corbyn manages to run the gauntlet and get elected. It’s possible. You should know, we won’t wait for him to do those things to begin to push back. We will do our level best. It’s too risky and too important and too hard once it’s already happened.”

So American Jews want to join with their British counterparts to either bring down or contain a top-level elected politician just because he recognizes the suffering of the Palestinians.

The American secretary of state meets with those same activists and agrees with them that something must be done, to include quite possibly taking steps to ensure that he does not become prime minister in the first place.

Recall for the moment that Britain is America’s closest ally and is what passes for a democracy these days. Jews obviously occupy a rather special space, politically speaking, in the United States.

One might reasonably ask, where are the private meetings with representatives of Italian, German, Irish, or Polish organizations, each of which represents a far greater portion of America’s ethnic mix than do Jews?

The obvious answer is that those groups do not operate in a cohesive, tribal fashion, and they do not possess the financial resources that the 600 or so Jewish groups that advocate for Israel have. In America, unfortunately, money buys access to power and, if there is enough money on the table, it can also buy politicians.

Nor are America’s other white ethnic groups as grievance-driven.

And there is one other significant difference: While other ethnic groups in the United States are protective of their respective cultures and languages, there is no sense that any of them actually seek to advocate policies damaging to the United States to benefit the foreign nations that they identify with.

The Jewish advocacy for Israel is something quite different, costing the American taxpayer billions of dollars every year and involving Washington in a sequence of wars of choice driven by Israel itself aided by its powerful domestic lobby.

Israel also comes with a price tag in terms of the constitutional rights enjoyed by Americans. Before too long, legislation currently working its way through Congress will criminalize any criticism of Israel.

Israel is no friend and never has been. Recent media reports detail how Jewish-American oligarch Paul Singer has been working with the Israeli government to transfer thousands of high-paying American IT jobs to Israel. Is he guilty of dual loyalty? No, he is only really loyal to Israel, as are many of the Jewish leaders who met with Pompeo and the senators. It is a disgrace.

And it is also a disgrace that Pompeo and 25 Democratic Party senators should be meeting privately with Jewish organizations to do things for Israel and the Jewish community that do not serve the interests of all Americans, up to and including meddling in the politics of a genuine close ally to respond to the paranoia of British Jews.

Yes, there is a Jewish international conspiracy in place directed by some Jews like those who met with the senators and Pompeo, and it has no off switch. Never before in history has a great power been so dominated by a puny client state and its domestic fifth column, and it is time that the private meetings whereby a government “of the people, by the people and for the people” panders to one group alone should end forever.

Philip Giraldi is a former CIA counter-terrorism specialist and military intelligence officer and a columnist and television commentator. He is also the executive director of the Council for the Interest.