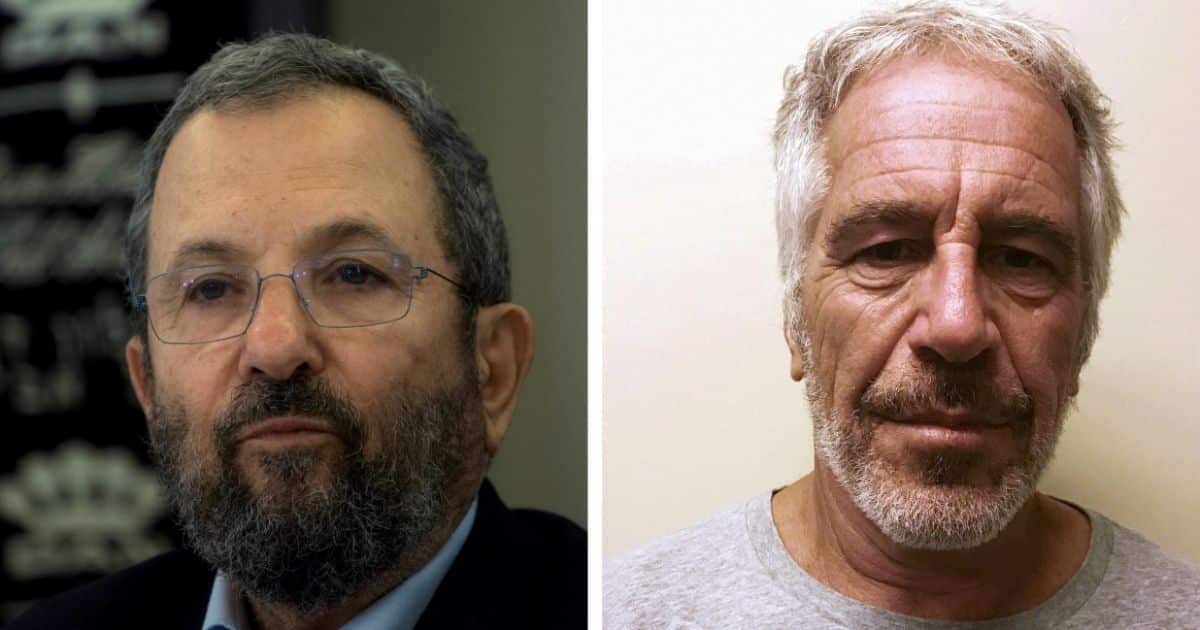 This is no surprise at all: Jeffrey Epstein had close ties with former prime minister of Israel, Ehud Barak. And this was going on for years. “Barak also received $2.5 million from the Wexner Foundation in 2004 for research, which has never been fully explained, Haaretz reported. Epstein was a member of that foundation.”[1]

Barak has come out and declared that he had no clue that Epstein was involved in a pedophile ring. But Barak added something that we knew all along. As the Miami Herald reports, “Epstein’s circle of associates included the presidents of leading U.S. universities, philanthropists, Nobel-prize-winning scientists and politicians from both American political parties, Barak said.”[2] Barak also capitalized on the politicians not prosecuting Epstein, presumably for personal gain:

“The American system itself did not label him as a persona non grata…the secretary who just resigned in the Trump administration was the prosecutor and he said he’d been negligent — so you expect me to have noticed [anything wrong]?”[3]

Barak was referring to Donald Trump’s labor secretary, Alexander Acosta, who quickly gave his letter of resignation to the White House last Friday largely because he was caught.

“academics and world leaders…Giuffre has said that Epstein had recruiters all over the world, and that she was often forced to lure young girls to have sex with Epstein when they traveled in other countries.’’[4]

The sad thing is that probably the criminals will not go to jail, with the exception of Epstein.