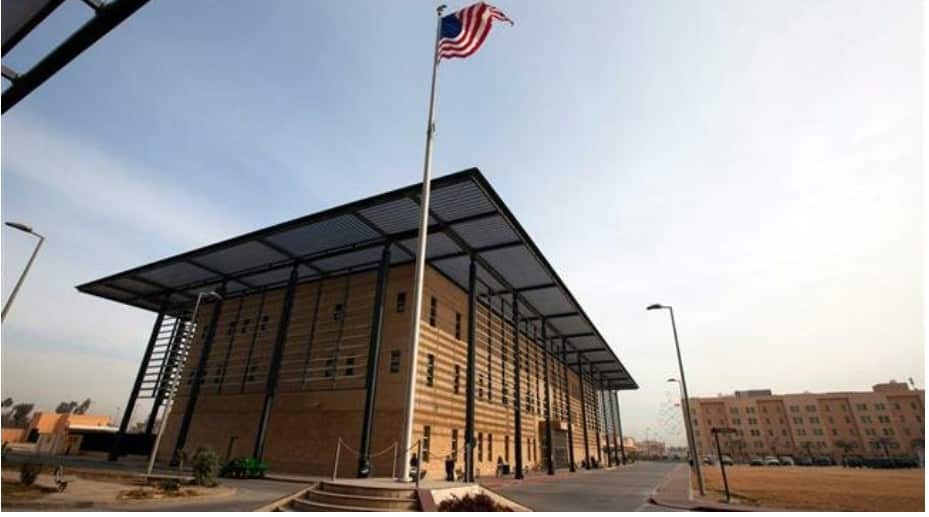 A senior Iraqi parliamentarian warns that the US embassy in Baghdad is involved in “suspicious activities,” saying agents of the Israeli spy agency Mossad and the Daesh terrorist group have been spotted regularly visiting the diplomatic mission.

“The US embassy in Baghdad has turned into a center for Israel’s Mossad and ISIS (Daesh) terrorists,” Hassan Salem was quoted as saying by the Iraqi Arabic-language al-Sumariya news website.

Salem said the US embassy is interfering in Iraq’s internal affairs by spying, spreading rumors and hatching plots.

“The US embassy’s violation of laws and forgetting its responsibilities based on the international laws mean that the center could not be called an embassy and therefore, its closure is legally necessary,” the Iraqi lawmaker said.

Salem had earlier suggested that US forces in Ain al-Assad military base were protecting Daesh ringleader Ibrahim al-Samarrai, aka Abu Bakr al-Baghdadi, in the western desert of Iraq’s Anbar province.

“Al-Baghdadi is using the Anbar desert as a safe haven, while the US forces provide him with all means of support from their station at the Ain al-Assad military base in Anbar province,” Salem said in February.

The Iraqi MP argued then that America’s support for al-Baghdadi “stems from Washington’s fear of a draft bill on expelling foreign troops from Iraq, which the parliament intends to vote on during the new legislative term.”

Also in February, former Iraqi Prime Minister Nouri al-Maliki for the first time divulged explosive secrets about how the United States supported Daesh and intentionally allowed the Takfiri terror outfit to gain power in Iraq so that Washington could creep back into the Arab country.

Former Iraqi PM Maliki says the US withheld military support for Iraq to let Daesh overrun the country and make a case for America’s return.

He said the administration of former US President Barack Obama had played a key role in the creation of Daesh by allowing the terrorist group to overrun Iraqi territories.

In March, an Iraqi security expert also revealed that the American embassy in Iraq was carrying out suspicious measures, describing the mission as a US-Israeli operations room that sought to destabilize the region.

Abbas al-Ardawi was quoted by the Arabic-language al-Ma’alomeh news website as saying that US administration was exerting pressures on Baghdad and killing time to prolong its deployment in Iraq.

He said the relocation of terrorists from the town of Baqouz in Eastern Syria to the US bases in Iraq was aimed to stir security tensions in the country and find a pretext for continued deployment of American forces.

Al-Ardawi said Iraqi lawmakers certainly wanted all US forces to be expelled from the country as soon as possible given the fact that the Iraqi army.

Another senior Iraqi expert had in January warned of Washington’s attempts to increase its influence in Iraq, saying Israeli spies and Daesh terrorists were present at across US bases in Iraq.

Hafez Al-e Basharah told al-Ma’aloumeh news website that the US was attempting to boost its presence in Iraq and the American forces had been stationed in the southern parts of Baghdad.

He went on to say that the US forces did not allow any Iraqis to enter their bases in the country in an attempt to conceal the realities from the public opinion.

Israeli intelligence agents were also operating from the bases, where Takfiri terrorists also received shelter and training, he added.