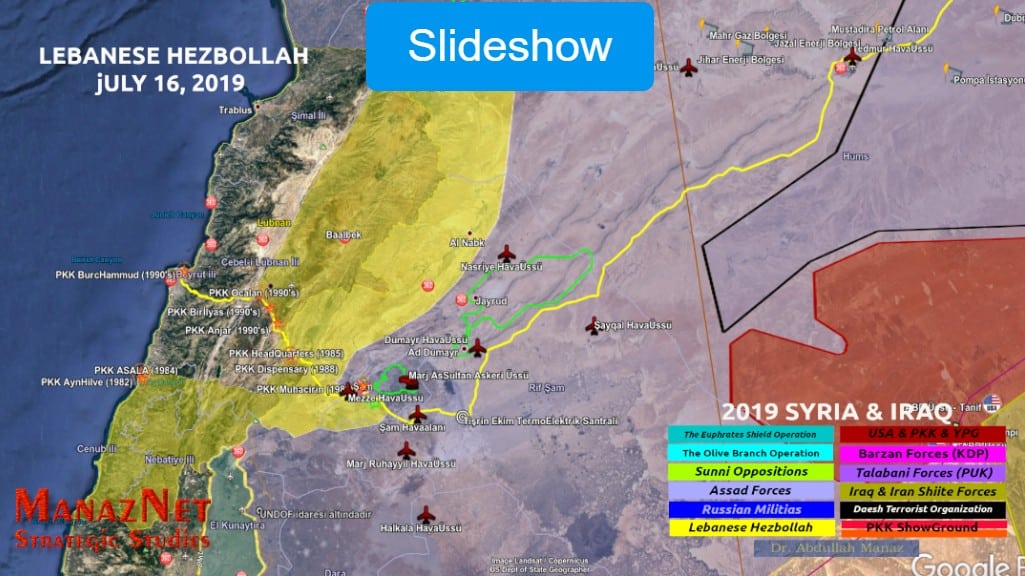 As a result of the security talks between Russia, the United States and Israel that preceded the G20, the fact of that Hezbollah in Lebanon was removed from the Israeli border became clear this week.

As it is understood today, Lebanese Hezbollah has completely withdrawn from the south of Damascus, the capital of Syria. This is actually perceived as a clearing by Russia rather than a withdrawal. For a long time, Israel has carried out air strikes on many areas in the south of Damascus and had hit Hezbollah headquarters especially in Kisveh and Sidnaya regions.

According to the latest information, Hezbollah did not leave any significant military presence outside the town of Sittu Zainab (Sister Zeynep), Shiite region south of Damascus. This town is a sacred place for Iranian Shiites, and hundreds of thousands of Iranians visit it every year. Hezbollah forces ensure the security of this region.

In general, if a border is to be drawn, Hezbollah still has militants in the suburbs south of Damascus and is partly active there. But it no longer has a military base in the region that threatens Israel. Hezbollah shifted most of its forces to the Lebanese border, starting from northern Damascus to Lake Qattinah. As can be seen on the map, the area about 30 kilometers bestride of ​​Lebanon and Syria borders in this region was completely given to Hezbollah control. Also the entire southern Lebanon from the south of Beirut is already an area where Hezbollah is active.

Although Hezbollah has withdrawn from the south of Damascus, it is still one of the most important armed forces in the region. So neither Russia nor the Essed regime can give up Hezbollah altogether. Russia has even received help from Hezbollah in the Idlib wars for the last two weeks. Russian militias and Assad forces suffered great losses in the last two months of fighting in the west of Idlib.

Although Russia is seeking new ways to stop the opposition in Idlib, the situation is getting worse. More than 200 pro-Russia and Iran militias were killed in a week of clashes in the west of Idlib, particularly in the Hamamiyat and Turkmen Mountain regions. At the end of last week, 75 unrecognizable corpses brought to Damascus caused a massive outrage in the city. Likewise, more than 50 bodies moved to Aleppo have created a greater turmoil. Shiite families in the suburbs of Aleppo reacted to military leaders and said they would not send their children to fight.

According to the latest military situation, the US and Russia have again directed the Iranian and Hezbollah forces, which threaten Israel, to clash with Sunni opponents. Therefore, bloody conflicts between Sunnis and Shiites will increasingly continue in the coming days around Idlib.