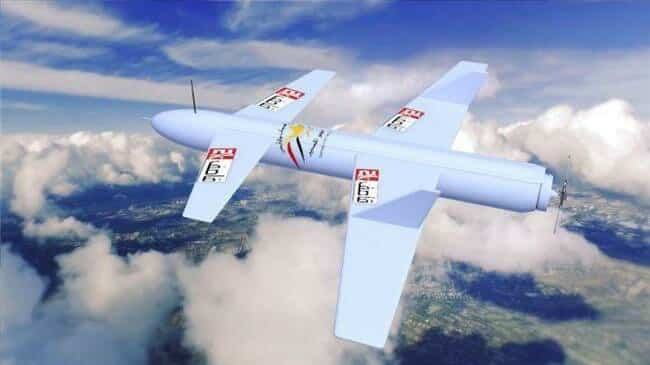 [ Editor’s Note: I continue to be amazed that, with all the money, power and technical expertise available to the US-Saudi coalition against Yemen, the coalition continues to be humiliated with frequent retaliation drone strikes by the Houthis.

Even more surprising is the utter silence from the defense contractors as to how is this happening. There has not even been any hypothesizing as to how the Yemenis are doing it.

Do they have some kind of stealth ability? If so where did that come from?

Are they jamming US-Saudi coalition air defense systems? If Iranian engineers are supporting the effort, they are putting on display that they can do the same thing if needed. Yet, we have seen no top-drawer media analysis on this incredible feat, suggesting that media has been waived off the story.

If the Yemenis had mini nuke warheads, they could be wiping out these Saudi air bases with one shot.

I can only guess that the Yemeni’s tormentors just don’t know what to say or do, other than continue to keep bombing Yemen, like continuing to flick a light switch that has a dead bulb. What’s up with that? … Jim W. Dean ]

The al-Masirah TV channel reported that Yemeni army soldiers and allied fighters from Popular Committees had used Qasif-K2 combat drones to target the air base near the city of Khamis Mushait on Monday.

It quoted Yemen’s armed forces spokesman Brigadier General Yahya Sare’e as saying that the unmanned aerial vehicle (UAVs) had “accurately targeted” a weapons storage site at the air base and caused a large fire there.

He noted that the operation came in  response to the crimes committed by the Saudi-led coalition against the Yemeni nation, adding that the alliance had carried out 20 airstrikes on Yemen in the past 24 hours.

“Drones and missile operations will continue, and will expand …  in a manner that is not expected by the Saudi regime as long as [it] continues its aggression, siege and contempt,” Sare’e  said.

Yemeni fighters regularly target positions inside Saudi Arabia in retaliation for the Saudi offensive, which began in March 2015 in an attempt to reinstall the country’s Riyadh-allied former regime and crush the Houthi Ansarullah movement.

Additionally on Monday, Yemeni forces conducted separate retaliatory operations against Saudi forces and their mercenaries in the provinces of Asir, Najran and Jizan.

Meanwhile, Houthi spokesman Mohammed Abdul-Salam said that Yemen’s military response will not stop until the US-Saudi war ends and the siege on the country is lifted.

He also stressed that the issue of not responding to the aggression is “mere delusion” by those waging the war on Yemen.

“We urge the Armed Forces in all their formations to strengthen their legitimate defense strikes and by all available and possible ways,” he tweeted.