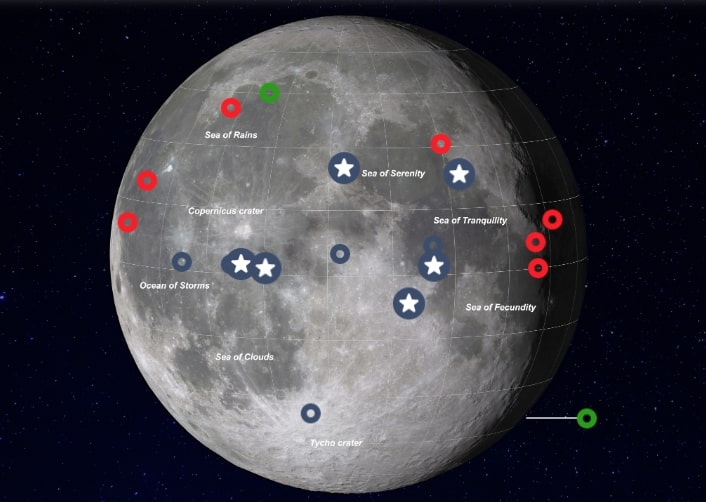 Health Editor’s Note: Personally I fully believe that humans have walked on the face of the moon…several times and moon landings have succeeded. Enjoy this map.Click on the read more to get your interactive map…Carol

The most renowned moon landings are undoubtedly the six Apollo lunar touchdowns, carrying humans to another world for the first time (and still, the only time). However, robotic exploration of the lunar surface in the latter half of the 1960s played a crucial role for those crewed landings and the boot prints that followed. Today, robotics has advanced to the point that landers and rovers operated from Earth provide a capable and cost-effective way to explore the moon.

From research conducted by the Apollo missions, other successful moon landings, dozens of orbiters and powerful telescopes here at Earth, we know more about our one natural satellite than at any point in history. But there is still much to learn. Earlier this year, the Chinese spacecraft Chang’e 4 successfully landed on the far side of the moon. The far side is pocked by ancient craters, mountains and rugged terrain, largely devoid of the smooth maria (basaltic plains) we see on the near side.