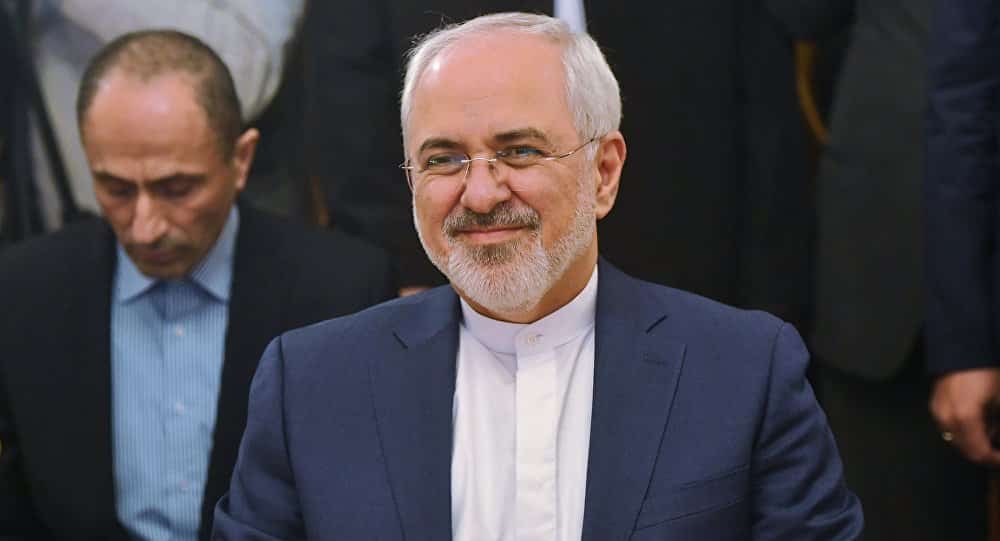 [ Editor’s Note: My my, we have the Iranians throwing Trump a curve ball, and I suspect one he and his team did not expect. But I am surprised that Iran would not take the opportunity to open talks on its missiles as part of a denuclearization of the Mideast, including Israel of course.

And to that I would include a reduction of the massive weapons stockpiles in the Gulf countries for the benefit of no one but the arms industry.

Iran could require enhanced inspections for all nuclear powers, à la “I’ll show you mine if you show me yours”. Yemen has shown what a waste of money they are when you don’t have real motivated soldiers to fight with them, versus the paycheck soldiers most of the Gulf States have.

And anyone not in compliance would go under full sanctions, except that Jeffery Epstein might get a waiver to visit anybody he wanted via his plane, because he is such a fun guy that even Florida judges love him.

We are long past the time of admitting that the UN has shown itself to be a worthless institution for not being able to control any of this. Its roots come from little Israel saying fuck you to the rest of the world and getting away with it.

It was a natural progress for larger more powerful countries to understand that they should be able to do that too – anything they want for whatever reason they want, as the rules are just for the little guys to follow… Jim W. Dean ]

Iranian Foreign Minister Mohammad Javad Zarif has offered to immediately ratify the JCPOA Additional Protocol in exchange for the immediate removal of US sanctions. Under the original 2015 JCPOA deal, the Protocol was intended to have been ratified in 2023.

Iran came up with an offer to permanently allow enhanced inspections of its nuclear program in exchange for the permanent removal of US sanctions, The Guardian reported Thursday.

Iran’s Foreign Minister Zarif commented on the offer, calling it a “substantial move.”

“It’s not about photo ops. We are interested in substance,” he told reporters in New York on Thursday, adding that there are “other substantial moves” that can be made. “If [the Trump administration] are putting their money where their mouth is, they are going to do it. They don’t need a photo op. They don’t need a two-page document with a big signature.”

According to Zarif, the Islamic Consultative Assembly of Iran has yet to ratify the Additional Protocol of the International Atomic Energy Agency (IAEA), an agreement that allows the UN agency inspectors extensive access to Iranian nuclear technology as proof that the country does not have a hidden nuclear weapons program.

Under the JCPOA, the Protocol was set for ratification in 2023. The US had originally vowed to lift all sanctions imposed on Iran under the terms of the deal.

Zarif proposed instead that the two sides take this new step immediately.

The US State Department has not yet commented on Zarif’s proposal.

Iran has been giving conflicting signals on diplomatic engagement with the US, as Iranian Supreme Leader Ayatollah Ali Khamenei reportedly condemns Washington as a partner that cannot be trusted after Washington without warning withdrew from JCPOA treaty last year.

Zarif has, however, indicated that Tehran is willing to strike a deal with the Trump administration, which would not necessarily require the US to return to JCPOA – something that Iran demanded previously, the Guardian said.

The US withdrawal from the JCPOA in 2018 was the first step in Trump’s campaign of escalating tensions with Iran, which eventually culminated in the downing of a US dronelast month. According to Zarif, the incident put the two nations on the brink of war, but “prudence” allowed for the aversion of a catastrophe.

“I believe we were few minutes away from a war,” Zarif said. “Prudence prevailed and we’re not fighting. So that gives reason for us to be optimists. If we work, if we are serious, then we can find a way forward.”