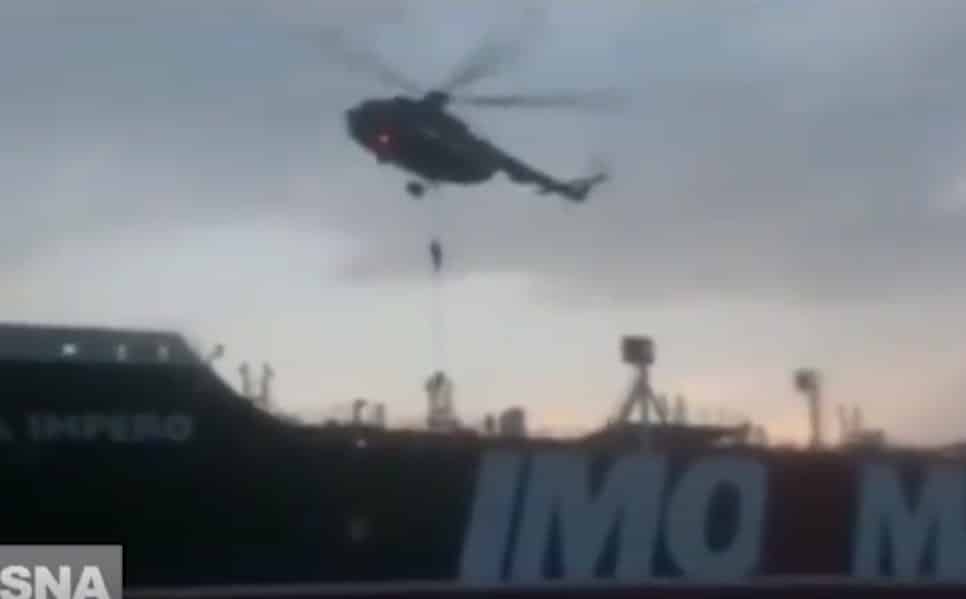 A Royal Navy warship escorting the Stena Impero tanker before its Friday detention by the IRGC attempted to put up “resistance and interference” to stop the Iranian military from bringing the tanker to shore, IRGC spokesman Brig. Gen. Ramezan Sharif has said, Fars News Agency has reported.

Earlier, Iranian media reported that the UK-flagged tanker was detained after colliding with an Iranian fishing boat while ignoring its distress call. According to Sharif, the British tanker had turned off its positioning equipment, and received multiple warnings about its unsafe behaviour before being seized.

The IRGC spokesman alleged that the Royal Navy ship intervened to try to stop Iran’s naval commandos, including by flying helicopters in the vicinity.

Sharif emphasized that the IRGC’s actions during Friday’s incident were in strict accordance with international maritime laws governing behaviour in the Persian Gulf and the Strait fo Hormuz. According to the spokesman, ‘some foreign vessels’ failed to comply with these regulations, engaging in behaviour which he described as ‘arrogant, provocative and threatening.’

The UK’s Ministry of Defence declined to comment to Reuters on the veracity of the IRGC spokesman’s allegations.

Sharif indicated that the seized British tanker is now located at a port in Hormozgan province, with “legal and judicial procedures” to investigate the incident currently underway.

The Royal Navy beefed up its presence in the Persian Gulf last week, sailing a missile destroyer from the Black Sea to the Persian Gulf as at least one frigate was already deployed in the region and escorting tankers. Tensions between Iran and the UK ramped up after British Royal Marines seized a tanker laden with Iranian oil off the coast of Gibraltar on July 4th and accused Iran of trying to smuggle it to Syria in contravention of EU sanctions. Iran said the move was illegal and created a “dangerous precedent.”

On Saturday, Foreign Secretary Hunt accused Iran of “choosing a dangerous path of illegal and destabilising behaviour” with Friday’s tanker seizure while stressing that the UK’s own detention of the tanker off Gibraltar earlier this month was “legal.”

The British government has already caught flak over the tanker seizure incident, with a former commander of the Royal Navy saying London should not “pretend we’re surprised” by the move, and saying that what he found “extraordinary” was that “we knew that the Iranians would try something like this a few days ago.”

France and Germany have expressed concerns over the Stena Impero’s detention, voicing solidarity with London, with US President Donald Trump promising to discuss the situation with his British allies. India said it is maintaining contact with Iranian authorities regarding the situation, given that 18 Indian nationals are members of the tanker’s crew.