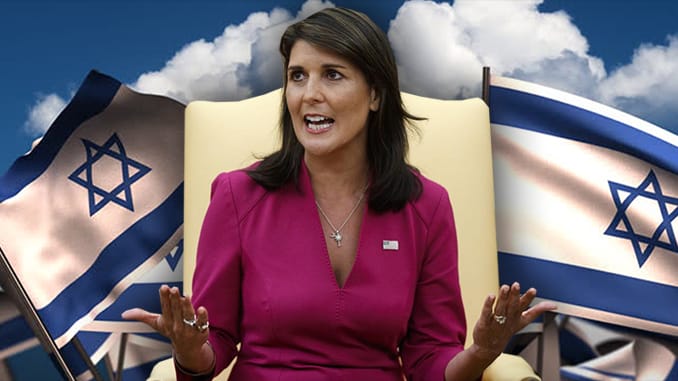 In late June, President Donald Trump flailed away with his own particular brand of nondiplomacy at the G20 Summit in Japan, but it is worthwhile noting on the plus side that his administration is so inept that it could not even plan and execute a proper coup in Venezuela. Nor has it been able to concoct sufficient lies about Iran effective enough to create a casus belli and unleash the B-52s. There is a certain comfort in knowing that the United States is now governed by the Three Stooges—“Larry” Trump, “Moe” Pompeo, and “Curly” Bolton—which means that starting new wars might just be beyond their cognitive ability to make mischief.

The real irony is that stupidity is both bipartisan and contagious in the federal government. The Democrats have not quite figured out that instead of playing identity politics, talking about reparations, gay rights, “undocumented migrants,” and free college, they should instead be discussing more important issues, notably the impending nuclear holocaust being stumbled into by the Trumpsters, which just might bring to an end life on this planet as we know it.

A college friend recently asked me what my nightmare scenario for a totally dysfunctional foreign and national security policy might be. I responded without thinking that it really is all about war and peace, that the worst case would be the impeachment of a bumbling Trump and his replacement by a much more capable and vicious Vice President Mike Pence, who actually wants to end the world so he can be raptured up to heaven.

But my answer was wrong. Trump is unlikely to be impeached by a Senate in which the GOP holds a majority, so Pence’s ascent to the throne is not currently plausible unless the president suffers a cardiac arrest after ingesting too many cheeseburgers. The real danger is what comes after Trump, in 2024. The preferred candidate by Israel and its lobby, and therefore the prohibitive favorite, is Trump’s former United Nations Ambassador Nikki Haley. If you think Trump is blindly and blatantly pro-Israel at the expense of American interests, just wait until you see Haley’s naked self-interest at work.

Haley resigned from her position at the UN last October. Like many others in the foreign policy establishment, she was all for Israel because she understood that leaning that way provided instant access to money and plenty of positive press coverage. Completely ignorant of possible consequences, she declared that Washington was “locked and loaded,” prepared to exercise lethal military options against Syria and its Russian and Iranian allies, seen as enemies by Israel. Immediately upon taking office at the United Nations she complained that “nowhere has the UN’s failure been more consistent and more outrageous than in its bias against our close ally Israel” and vowed that the “days of Israel bashing are over.” Not surprisingly, she was greeted by rounds of applause and cheering when she spoke at the annual meeting of the American Israel Public Affairs Committee (AIPAC) last March, saying, “When I come to AIPAC I am with friends.”

Haley’s embrace of Israeli points of view was unrelenting, including blocking any investigation of the Israeli army’s slaughter of unarmed Palestinian demonstrators in Gaza. She also led the effort to cut funds going to the agency providing critical food and medical assistance to millions of Palestinian refugees. In February 2017, she blocked the appointment of former Palestinian Prime Minister Salam Fayyad to a diplomatic position at the United Nations because he was a Palestinian. In a congressional hearing she was asked about the decision: “Is it this administration’s position that support for Israel and support for the appointment of a well-qualified individual of Palestinian nationality to an appointment at the UN are mutually exclusive?” Haley responded yes, that the administration is “supporting Israel” by blocking every Palestinian.

Not surprisingly, Haley consistently took a hard line against Iran, aggressively supporting Trump’s abrogation of the agreement to control its nuclear weapons, and she famously warned that Washington would be “taking names” of countries that don’t support its agenda in the Middle East. If Haley were a recruited agent of influence for the Israeli Mossad she could not have been more cooperative than she apparently was voluntarily.

When Haley resigned, The New York Times predictably produced an astonishing editorial headlined “Nikki Haley Will Be Missed.” Other praise of her upon her impending departure from the UN was related to whom exactly she managed to please while she was in office. The ubiquitous neocon-in-chief Bill Kristol has long been promoting Haley for president. One leading member of Kristol’s neocon chorus, Mark Dubowitz of the Foundation for Defense of Democracies, tweeted, “Thank you @nikkihaley for your remarkable service. We look forward to welcoming you back to public service as president of the United States.” Dubowitz is a Canadian Jew, and it would be nice if he could be deported to a remote Internet-free spot on Baffin Island where he can cease interfering in American politics, but that would mean putting an end to the $560,000 in salary and benefits that he enjoys for being one of Israel’s most reliable Fifth Column traitors in the United States.

Nikki was also praised by Israeli Prime Minister Benjamin Netanyahu. “I would like to thank Ambassador @nikkihaley, who led the uncompromising struggle against hypocrisy at the UN, and on behalf of the truth and justice of our country. Best of luck!” The Israeli Army itself had nice things to say, tweeting, “Thank you @nikkihaley for your service in the @UN and unwavering support for Israel and the truth. The soldiers of the Israel Defense Forces salute you!”

It should surprise no one that Haley has recently been in Israel as the guest of the GOP’s leading donors, Sheldon and Miriam Adelson. Ha’aretz enthused over how she “. . . has a wonderful laugh. It’s warm, rounded, and the perfect length to fill the distance between you and her. Haley’s chuckle makes you feel for a moment that you genuinely amuse her, in a good way, so much so that you forget that the laugh came instead of the question you just asked her. When she runs for president, as she no doubt will one day, expect her to deploy that laugh a lot. It’s a valuable political tool. My question at which Haley laughed was ‘does the path to the White House pass through Jerusalem?’ She was in town as the guest of honor at the Israel Hayom Forum for U.S.-Israel Relations, and though I didn’t get an answer, Haley’s willingness to endure the five hours of the ‘forum’ reflected, if not the durability of U.S.-Israel relations, then certainly her relentlessness and professionalism as a politician. . . . Everything about Haley throughout the grueling evening, at least when on public display, showed her meticulous planning and determination, starting with her attire. Her long—and long-sleeved— dress on a sweltering Jerusalem summer evening contrasted with the much shorter dresses all around and drew approval from ultra-Orthodox men. ‘Wow, she really understands tzniess,’ one of them whispered to me, using the Yiddish word for modesty.”

So, Israel is just waiting for President Nikki to arrive and the line about the “path to the White House” running through Jerusalem is the kind of double entendre banter that close friends regularly exchange when discussing something that they know to be true.

It seems inevitable that we Americans go from one lover of Israel to another at the White House due largely to the impact of the narrative contrived through Zionist manipulation of the media and the direct corruption of the government itself by Jewish money. But even by that low standard, Haley is something else. She is a true believer with a fanatical gleam in her eye, just like Pence and Pompeo are in their dispensationalism, and that is very, very scary. Having her at the helm should be anyone’s worst foreign policy nightmare.

Philip Giraldi is a former CIA counter-terrorism specialist and military intelligence officer and a columnist and television commentator. He is also the executive director of the Council for the National Interest. Other articles by Giraldi can be found on the website of the Unz Review.