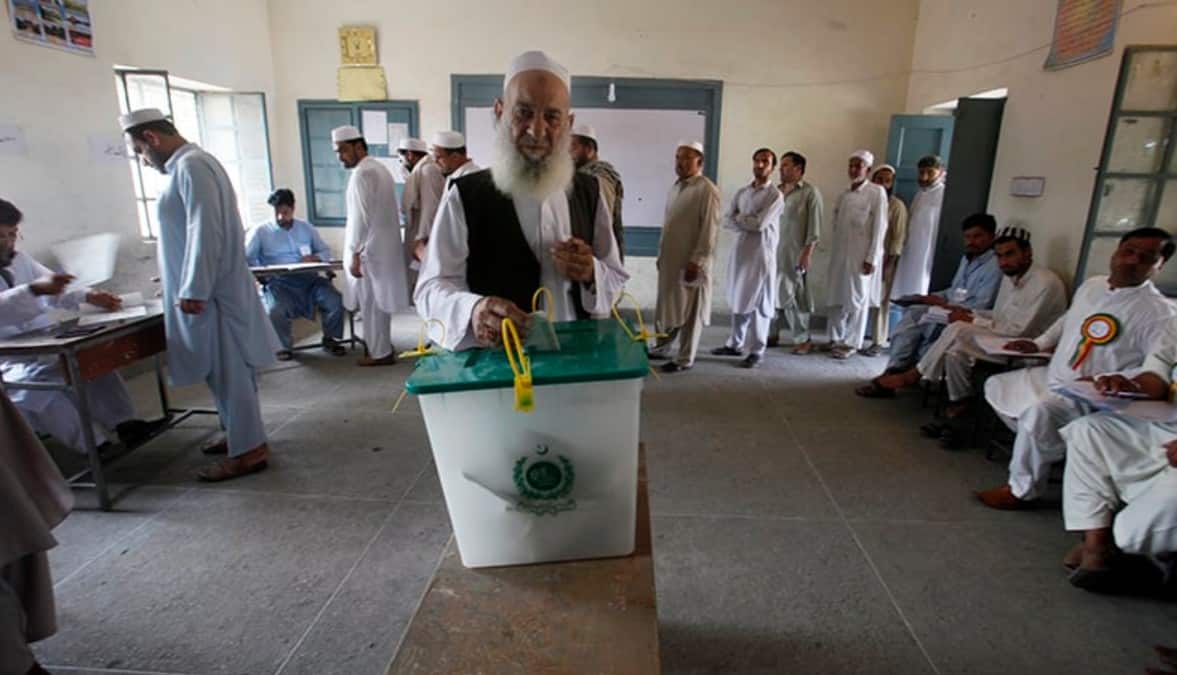 This is the first time in the history of Pakistan that polling was held for elections of Khyber Pakhtunkhwa (KP) Assembly in the merged tribal districts of Federally Administered Tribal Areas (FATA) on July 20, this year; and Election Commission of Pakistan (ECP) has announced the official results.

Sixteen seats have been contested in seven districts. Of the 285 candidates standing for the elections, 202 are independent candidates. There are over 2.8 million registered voters in the area, of which 1.13 million are women.

In this regard, Spokesperson of ECP Nadeem Qasim said it may take a day for the official results to be announced in ex-FATA elections. He elaborated:

“Polling has completed peacefully in the region. He appreciated the role of all institutions, including Army for making a peaceful election happen”.

In fact, Pakistan Army played a key role in restoring peace in the tribal regions. Hence, almost all political parties nominated their candidates for the constituencies, as the political activities have gained peace. Army made strenuous efforts to bring the people of FATA in the mainstream of the country.

The government has expressed resolve to spend billions of rupees in the next 10 years for the development of FATA and the uplift of the local population, in order to bring them at par with the citizens of the other areas of the country and to remove any sense of deprivation among them.

The tribal regions remained troubled for over a decade ever since the US-led so-called war on terror started.

Pakistan’s Armed Forces and especially Army have successfully broken the backbone of the foreign-backed terrorists by the military operations Zarb-e-Azb and Radd-ul-Fasaad, while country’s primary intelligence agency ISI has broken the network of these terrorist groups by capturing several militants and thwarting a number of terror attempts.

Besides other provinces, peace has been restored in the KP.

In this respect, thousands of terrorists were killed, and a huge quantity of explosives seized during the operations of the security agencies.

So as to sustain the hard-earned peace, Pakistan Army has also started the fencing of the Pakistan-Afghanistan border. It would stop preventing illegal cross-border movement—including those of terrorists who enter Pakistan from Afghanistan’s side and bring the drug-weapon trade to a halt.

The fencing of the Pak-Afghan border which is 2,611-kilometre is expected to be completed by 2020 whereas 643 kilometres–462 kilometers in KP and 181 kilometers in the Balochistan province have been covered so far. 843 border posts are planned, out of which 233 have been completed, while the construction of 140 posts is underway.

It is due to the huge sacrifices of Army and other law-enforcement agencies that improvement in the security situation in the tribal areas became possible. The number of check posts has also decreased by 31 percent in the past three years, resulting in growing trade activities. 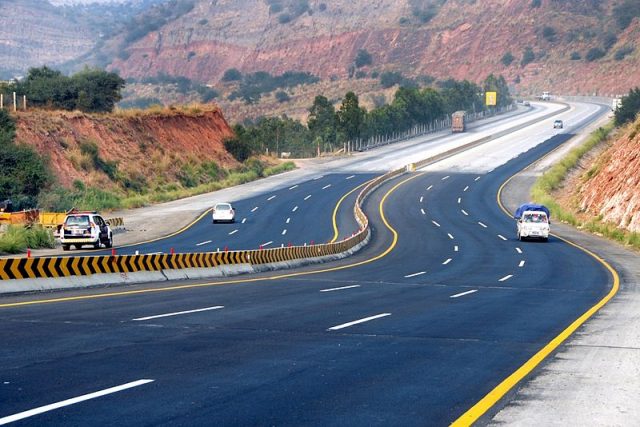 Roads have been improved for connectivity with other areas of the country, including FATA. In this regard, more than 800-kilometres of roads have been constructed in the tribal districts as part of the communication network, thus reducing the time to one-thirds.

However, with the assistance of the security forces, Pakistan held the epoch-making elections in the tribal districts and thus, gave a strong message to the international community that peace has returned in the conflict zone.

It is notable that external powers which have been supporting the Baloch Sub-Nationalists (BSNs) are also behind the Pashtun Tahafuz Movement (PTM) as part of their unfinished agenda against Pakistan. They leave no stone unturned in misguiding the people of the Balochistan and particularly those of the KP by creating one after another issue.

In this respect, emergence of the PTM at a crucial time, which is being paid by anti-Pakistan hostile elements and countries, aims at accentuating the ethnic cleavages of the country, influence Pashtun population in pursuance of strategic objectives of the foreign powers.

PTM which is actually a veritable political entity of the Afghanistan-based Tehreek-e-Taliban Pakistan (TTP) and wants to accomplish its nefarious designs against Pakistan and its Army has opposed the amalgamation of FATA/PATA (Provincially Administered Tribal Areas) with KP province.

Nevertheless, it is because of the Amry’s development-works in the tribal areas that the PTM has failed in instigating the public against the federation of the country. While, amalgamation of FATA/PATA with Khyber Pakhtunkhwa province will result into multiple benefits for the people by overcoming their multi-faceted problems.

Earlier, the proceedings for the merger have witnessed intense activities in shape of meetings, debate etc.

High-powered National Implementation Committee (NIC) on FATA Reforms had earlier endorsed the merger of tribal regions with KP in a meeting attended by the prime minister, chief of army staff, and others, including chief minister of the KP and Chairman of the Cabinet Committee on FATA Reforms Sartaj Aziz. Later, in May 2018, National Security Committee (NSC) in its 23rd meeting endorsed the merger of FATA with KP, while noting the regional and global security situation.

The credit for making the merger a reality has been attributed to Pakistan’s Chief of Army Staff General Qamar Javed Bajwa, who continued to push the political leadership for requisite activism on the issue. The role of opposition parties also remained positive and appreciable.

The merger of FATA/PATA with the KP province has been a long awaited move, as there has been too much suffering in the tribal areas. FATA was administered through Frontier Crimes Regulation (FCR), and political agent acted as a justice along with other executive tasks. FCR was a set of laws under which joint territorial duties and penalties were imposed.

Since America’s attack on Afghanistan, FATA arose as a zone of trouble and proxy warfare. It also became security risk for the region and put Pakistan into many hardships.

FCR which was officially enacted in 1901 has its origins in laws which were enacted by the British colonialists in the Pashtun-inhabited tribal areas in the Northwest of British India. They were specifically devised to counter the opposition of the Pashtuns to British rule.

The main objective of the FCR was to protect the interests of the British Empire. More than a century later, this law continued to be applied to FATA residents by the Government of Pakistan. Not only did the FCR deprive the people of FATA their fundamental rights, but also had taken away their basic legal rights, such as ‘Appeal, Wakeel and Daleel’.

So, it is a positive dimension for the tribal people, as they have got rid of colonialism which continued after the partition of the Sub-continent. The tribal Sardars (Lords) who continued British practices were in favour of the division of FATA/PATA and KP. Now, this merger is likely to upset sub-nationalist tendencies, being exploited by Pakistan’s foreign enemies and some internal entities.

At present, FATA is most deprived and least-developed area in Pakistan. With the lowest per capita income in the country, two-thirds of its population simply lives below the poverty line. The literacy rate is as low as 17% among males and 3% among females. And, almost half the population has no access to clean drinking water. No substantial endeavor had been made to promote the socio-economic wellbeing of the people in FATA.

It is worth-mentioning that since the occupation of Afghanistan by the US-led NATO forces, Pakistan has become center of the intelligence agencies such as American CIA, Indian RAW and Israeli Mossad which are in collusion with Afghan National Directorate of Security (NDS) to obtain the covert designs of the their countries and some Western countries against Russia, China and Pakistan, including Iran.

Under the cover of fighting terrorism, these secret agencies support the militants of Islamic State group (Also known as ISIS, ISIL and Daesh) and Afghanistan-based TTP, including their linked outfits which have been conducting terror-assaults in Afghanistan and Pakistan as part of the double game of the US-led countries.

And CIA and RAW which are in collaboration with NDS are clandestinely assisting the Afghan National Unity Government (NUG) to manipulate the Pashtun Tahafuz Movement (PTM), as these external entities are behind this movement.

Nonetheless, we can conclude that the nation, especially the people of FATA are thankful to the Pakistan Army, which played a major role in integration of the tribal regions with the mainstream of the country.

Therefore, during the polling-day, people were raising slogans in favour of Pakistan Army, while elections in the merged tribal districts show historical change.