Israel’s Agents of Influence: Trips to Israel, a “Nationalism Conference,” Epstein and More 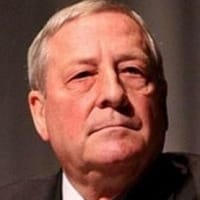 Some journalists in the Jewish media are starting to complain that President Donald Trump is “loving Israel” just a little too much since he keeps citing his concern for the Jewish state as the driving force behind some of his erratic behavior.

It is a viewpoint that I most definitely share, though I would describe the apparent White House lovefest with the Israel as a “lot too much.” When the President of the United States calls a congresswoman an anti-Semite and demands that she apologize to him personally and also to Israel it is definitely a lot too much.

So Israel is always in the news, or so it seems, though it is often not in the news when the story might be derogatory. The story disappears from sight as soon as it is determined that Israel might be involved, as is currently the case with Jeffrey Epstein, or Israeli activity is excised completely as was the case with the Mueller investigation where Russiagate should have really been called Israelgate as it was Israel that was seeking favors from the incoming Trump Administration, not Russia.

As Noam Chomsky put it, Israeli interference in American politics “vastly overwhelms” anything Russia has done.

I have recently written about how the Jewish state works hard to brainwash the American people and limit the foreign policy options of the U.S. government, to include aggressive efforts to obtain what the intelligence agencies would call “agents of influence.” Agents of influence live and work in one country while simultaneously and treacherously advancing the interests of another nation. 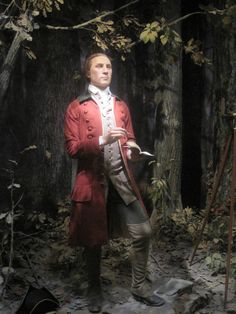 It is what George Washington warned about in his Farewell Address when he counseled “Against the insidious wiles of foreign influence (I conjure you to believe me, fellow citizens) the jealousy of a free people ought to be constantly awake, since history and experience prove that foreign influence is one of the most baneful foes of republican government.”

Foreign influence as a potential national security threat is also a status defined in legal terms by the Foreign Agents Registration Act of 1938 (FARA), which requires anyone working on behalf of a foreign government to register and make transparent sources of income.

Uniquely, no foundation or individual working in America to advance the interests of the Jewish state has ever been required to register under FARA even though many, like the odious American Israel Public Affairs Committee (AIPAC), boast unambiguously on their websites that they are “America’s pro-Israel Lobby.” Many of the foundations are regarded as educational or charitable 501(c)3 tax exempt non-profits, which means the U.S. taxpayer is helping support their activity.

But being a non-profit charity does not necessarily mean austerity, as the salaries of top employees are generous. Canadian Jew Mark Dubowitz of the Foundation for the Defense of Democracies (FDD), a 501(c)3, is paid $560,000 in salary and benefits.

FDD has for many years been calling for war against Iran.

The most recent foundation being set up by Israel’s friends to promote the interests of the Jewish state is the Edmund Burke Foundation, which hosted a conference on “Nationalism” last week. The conference was interesting in that the Burke Foundation is headed by an Israeli and an American Jew who has served as Executive Director of the Christians United For Israel (CUFI). The event was held at the Washington D.C. Ritz-Carlton, suggesting that the Burkeans are not short of cash. Pro-Israel groups always seem to have plenty of Benjamins.

A number of traditional conservatives and even some organizations were fooled by the promotional material and speakers’ list into thinking that the program was legitimate and would focus on supporting national interests as well as foreign policy restraint, but some at least had their eyes opened when John Bolton, as featured speaker, was vigorously applauded by at least half of the audience.

Some potential critics of the agenda were not invited or even deliberately denied tickets to limit dissent, and several attendees were appalled by what they had witnessed, which was essentially an affirmation of status quo foreign policy, to the benefit of the hawks in Washington and Israel. 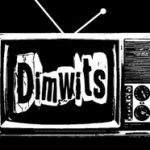 Inevitably, some delusional dimwits were unable to understand that they were being used and were oddly entranced by what they were seeing and hearing. And don’t worry if you are among those who missed the event. It will probably be replayed in a few months under a different name and with a slightly different cast of characters.

The most visible Israeli tool for generating contacts with Americans that might prove useful is the all-expenses-paid VIP junkets that are arranged for Congressmen. New Congressmen routinely travel to Israel for a dog-and-pony show within months of their taking office.

One of Congress’s leading cheerleaders for Israel, Maryland’s Steny Hoyer has visited the Jewish state many times and can be relied on to pressure freshman congressmen to make the trip. Other Americans who might be influential in the future are also feted by the Israeli hospitality machine. American military cadets from the service academies and colleges are now being brought to Israel to learn a fictional version of the Israeli-Palestinian conflict. Undoubtedly, some of them are set up for intelligence approaches after they are commissioned.

Which brings us to the pedophile Jeffrey Epstein story and how it is being handled by government and covered in the media since the story exploded two weeks ago. No one outside the alternative media seems to be interested in the possibility, or rather likelihood, that Epstein was working for a foreign intelligence service, which would most likely be Israel.

In the media the Epstein story died almost immediately, submerged in the tale of Donald Trump telling several congresswomen to go back where they came from.

It is unlikely that the spying aspect of Epstein’s alleged crimes will even be investigated both because it involves the Jewish state and also becomes it appears to include participation by leading politicians from both parties and other public figures. The Deep State will make the story die, which just might also be what happens to Epstein in jail.

The evidence that Epstein was involved in intelligence work most likely bribing or blackmailing prominent individuals to act on behalf of Israel, derives both from the statement made by former U.S. Attorney for Miami Alexander Acosta that “I was told Epstein ‘belonged to intelligence’ and to leave it alone” and from other external evidence.

Epstein was making videos of his guests having sex with his young girls, which is a version of a classic intelligence entrapment technique referred to as a “honey trap” that is employed by every major spy agency worldwide. And the Acosta quote – will it ever be fully investigated? Who told him that Epstein was “intelligence” and what were the circumstances?

Epstein served as Wexner’s trustee when the latter was forming the Mega Group, created by Wexner and Edgar Bronfman to generate positive views of Israel as a cover for Israeli propaganda dissemination in America.

Epstein’s lack of an identifiable income stream rather suggests that he might have been supported by a government agency of some kind. He had hidden in his Manhattan house a great deal of cash, diamonds and an Austrian passport.

The diamonds might have represented payment in kind from Israel, which is capital of the world diamond trade, and the existence of the passport is intriguing. It has been described in the media as “fake” but that can mean anything. The passport, dating from the 1980s, was apparently authentic  with a photo of Epstein and a fake name inserted in it, but it might plausibly be the product of a government document forgery lab.

Why Austria? Because Austria was at the time politically neutral and the passport would be a good one for traveling anywhere. It would be much preferred by spy agencies or by agents who wanted to travel anonymously.

After Maxwell died under mysterious circumstances, he was given a state funeral in Israel that was attended by every current and former head of the Jewish state’s intelligence service as well as by the country’s prime minister Yitzhak Shamir.

His daughter, Ghislaine, was reportedly Epstein’s close friend and a procurer of his young girl victims.

As most of Israel’s agents of influence are now on Martha’s Vineyard where they gather in July and August, it would be wonderful to cut off all transportation and communication with the island and leave them there, but that would be unfair to the genuine year-round residents.

Alternatively, I would be happy just to see Israel’s dire influence over the United States exposed by the media and discussed in public fora by the more than 20 Democratic Party presidential wannabes.

As that is not likely to happen, I would settle for a real honest-to-God investigation of Epstein and what he was doing coupled with a move by the Treasury and Justice departments against all the hundreds of pro-Israel groups that have never registered under FARA.

It’s a big job to uncover Israeli subversion, but somebody needs to start doing it.

Philip M. Giraldi is a former CIA counter-terrorism specialist and military intelligence officer who served nineteen years overseas in Turkey, Italy, Germany, and Spain. He was the CIA Chief of Base for the Barcelona Olympics in 1992 and was one of the first Americans to enter Afghanistan in December 2001. Phil is Executive Director of the Council for the National Interest, a Washington-based advocacy group that seeks to encourage and promote a U.S. foreign policy in the Middle East that is consistent with American values and interests.