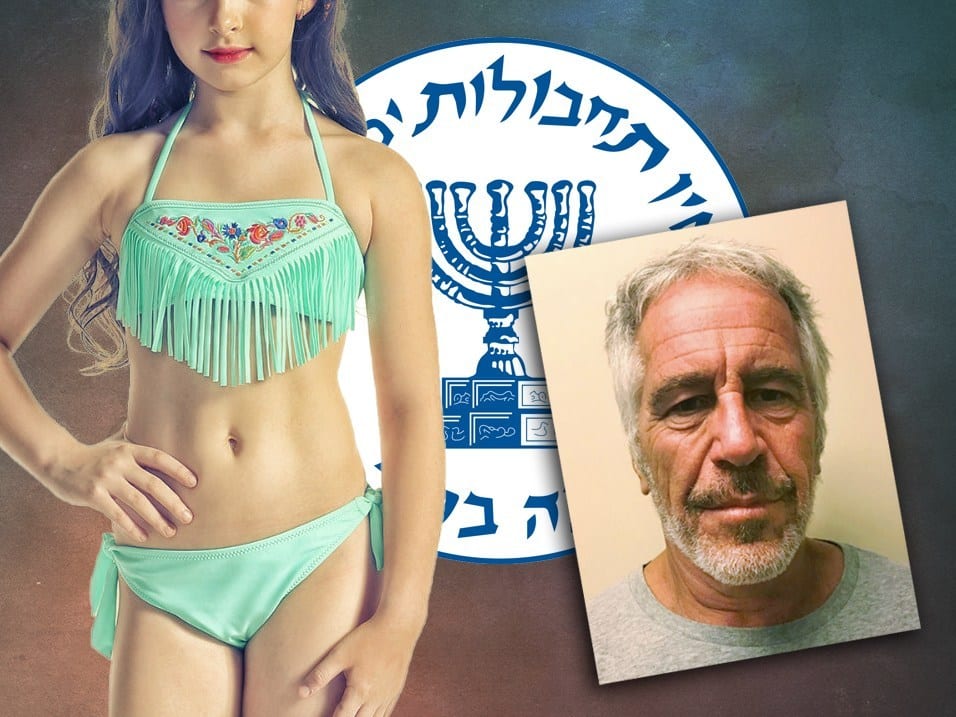 “Even if a few names are put out there for the sake of a corporate media feeding frenzy, the real story will never be fully revealed. Israel will not suffer any consequence beyond speculation that will be dismissed as the antisemitic ravings of conspiracy theorists.”

ROBERT STEELE: The Mossad — and its CIA and FBI collaborators — have been very successful at keeping a lid on this story between all the pedophile owner editors and lead writers and anchors they are blackmailing, and the rest that are being paid or simply terrified of being “suicided” — a very real threat as Gary Webb and Michael Ruppert tell us from the after-life. The Anti-Defamation League (ADL), the Zionist secret police, has been very active in banning all references to Zionists and all references to the Mossad in connection with Epstein and Maxwell, a few isolated instances notwithstanding.

Have they won?  No. As I now know with my federal lawsuit against one of the six Zionist attacks against me — I settled four of the others and am saving the largest lawsuit for last — these things take time. The Attorney General has started an anti-trust campaign against “Big Tech” (code for Zionist ecology of censorship), and arrests have started in Washington DC and Los Angeles — along with a few deaths. The President has 14 months all told to clean house.

The Mossad and the Zionists have not won.  Epstein has turned over all that he has in the way of videos, and the President will eventually order NSA to give Bill Binney full access and the map will be drawn, a map that will include every pedophile governor, state legislator, and judge, as well as everyone across the USA taking direction and money from unregistered agents of a foreign power, the Zionist state of Israel. In passing we will pick up the white collar criminals the President missed on the first pass, this time focusing on state-level banksters and fraudsters and corporate criminals known to be poisoning the air, water, land, and food as well as creating medicines that kill and sterilize, or 5G and geoengineering capabilities that are genocidal as well as ecocidal.

The President has a dilemma compounded by his mediocre staff and his being surrounded by lying traitors of his own choosing. On the one hand, I believe he now understands that he cannot delay 9/11 disclosure and the Zionist take-down to 2021 as appears to have been his intent.

In combination, Epstein-Maxwell, 27 states where governors and legislators have been bribed and blackmailed to pass a blatantly unconstitutional law (making it a felony to speak freely against Zionist genocide of the Palestinians), and the 9/11 criminal grand jury that is going to be forced by a writ of mandmus in next 30 days, the Zionist parasite is front and center in the minds of a very influential portion of the base (the rest of the base is being kept amused by “the squad” that is held is scorn by most of the country and most especially by black Americans such as Dr. Randy Short).

On the other hand he now knows that Iran must be settled before Election Day.  If Korea formally unifies and the President receives President Hassan Rouhani in the USA and them makes the first state visit ever to post-Shah post Zionist-trained secret police to meet the Supreme Leader — picture a comparable meme for Iran as we now have for Korea — it is game over for the Zionists and the invented state of Israel.

Indeed, since it is written into the Iranian charter documents that they are committed to the end of Israel, a Presidential visit would be the beginning of doing just that — uninventing the invented genocidal apartheid criminal state of Israel. Palestine can and should be restored to the Palestinians (just as the USA should be restored to its own citizens, ending the toxic mix of Zionist control of the military-intelligence-mass surveillance industry while also ending contrived illegal immigration).

The Zionists and a Jewish base can receive a Jewish Autonomous Zone from Tel Aviv to the sea and north to Jordan, while giving up all military assets to the Palestinians (or a joint force can be created as in South Africa). The rest can accept a most beneficial offer from the Chinese where their Manchurian paradise awaits, or emigrate to other countries where the deal will be as clear as it should be to Somalis and other Muslims: assimilate or be deported.

We live in interesting times. I believe that President Trump will indeed triumph through a mix of initiatives including full disclosure and exposure followed by expulsion of the Zionist parasite. No, the Mossad has not won. It has been outed and will continue to be outed to the point that it has been castrated for all eternity. Jews have turned against the Zionists, this is the beginning of the end of Zionism and the genocidal, apartheid, criminal invented state of Israel. 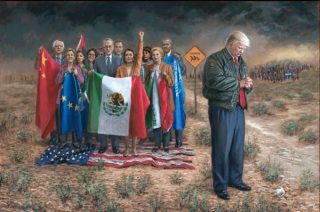 Zero Hedge: Zionist Strike 38 – Iran Is About America Last, Israel First — Until President Donald Trump Eradicates the Zionist Parasite He Will NOT Be the “Greatest President Ever”

Yoda: Why the USA Will Not Wage War on Iran

Memorandum for the First Lady: Subject – A Politics of Love (the book and the author), you, your husband, and America UPDATE 1: Zionists Block Delivery of Mail