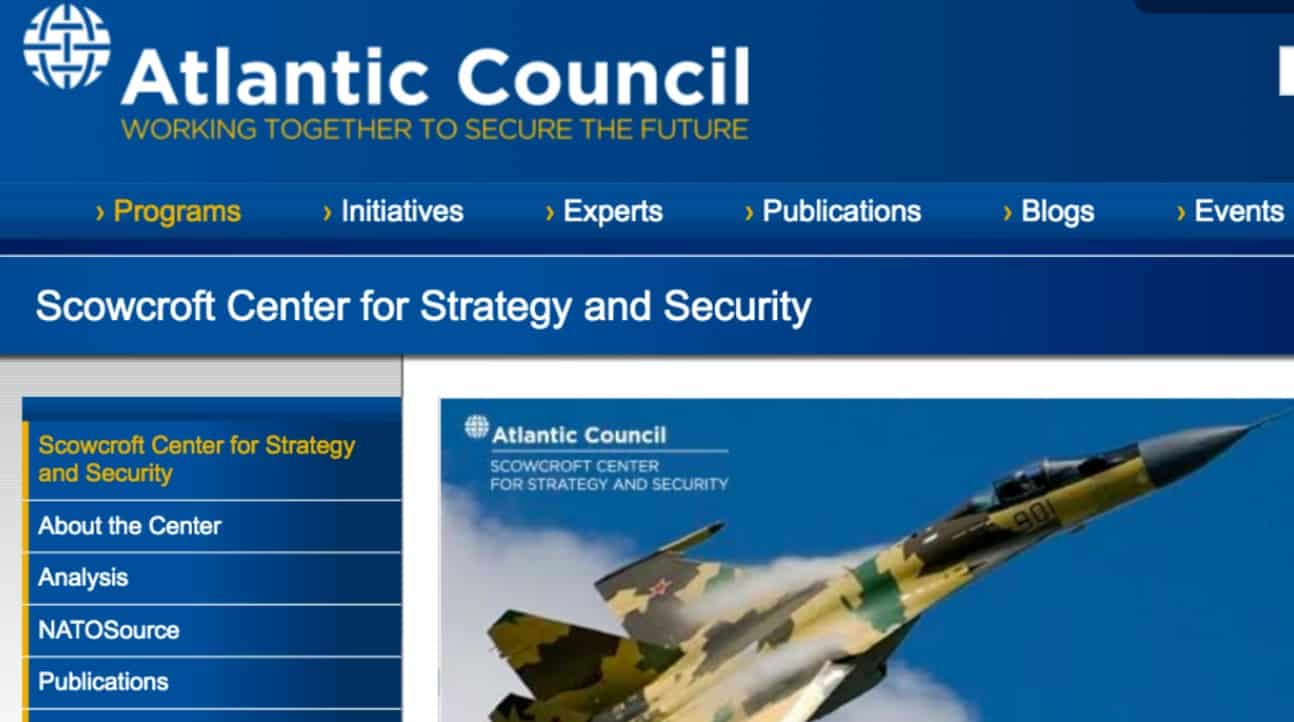 Russia Today: Russia’s Prosecutor General said on Thursday that it had decided to recognize the activities of the Atlantic Council (AC) as those of a “foreign non-governmental organization” and as “undesirable” within the country.

“It has been established that the activities of this organization pose a threat to the fundamentals of the constitutional system and the security of the Russian Federation,” a statement said.

The Russian law forbids “undesirable organizations” from opening offices and disseminating its materials in the country. Being part of such a group may result in an administrative fine of up to 100,000 (around $1,600) rubles or criminal liability with a prison term of between two to six years. The AC is the 17th organization to be slapped with that label.

The NATO-aligned @AtlanticCouncil “think tank” has been declared an “undesirable organisation” in Russia. The Prosecutor General deems it “a threat to… the security of the Russian Federation.” https://www.genproc.gov.ru/smi/news/genproc/news-1662746/ …

Founded in 1961, the Atlantic Council is a rabidly anti-Russia think tank based in Washington DC and is handsomely funded by a bevy of US and UK arms manufacturers, including Lockheed Martin, Raytheon and Boeing.

It has been described by other analysts as the“propaganda arm” of the NATO military alliance.

Consistent with its military funding, AC experts – or “fellows” as they call themselves – advocate for the engagement of the US military as frequently as possible in conflicts around the world.

US ambassador to Russia Jon Huntsman used to be the chairman of the organization until 2017. The founder of Baring Vostok private equity fund, Michael Calvey, who is now on trial for large scale fraud in Russia, was one of its board members and the largest private investor, according to the annual report.

While the Russian prosecutor general’s statement describes the AC as an “NGO,” that seems to be not quite an accurate description, given that the organization also receives funding from the US State Department and the British Foreign Office.

The AC regularly hosts forums attended by political, business and academic figures who compete with each other to see who can suggest the most hostile Western course of action toward Russia.

Speaking at an Atlantic Council event in February, US chief of naval operations Adm. John Richardson called for more American aggression toward Russia and China, saying that when it comes to defending key waterways around the world, the US should become more “muscular,” should “strike first” and force Russia to “respond to our first move.”

Last year, Facebook teamed up with an Atlantic Council offshoot known as the ‘Digital Forensic Lab’ in an effort to combat “fake news” on the social media platform. Shortly after, Facebook went on a censorship spree, suspending pages belonging to left-leaning Venezuelan media outlets which were daring to question historically disastrous US foreign policy in Latin America.

Despite its clear bias and US and UK government funding, AC employees are regularly cited as objective ‘expert’ sources in mainstream media reports.

ALSO ON RT.COMThreats to freedom: Facebook’s Atlantic Council censors are more interested in tanks than thinking