Russian President Vladimir Putin hopped into a bathyscaphe to dive 50 meters deep underwater and pay tribute to the crew of a Soviet submarine, which mysteriously disappeared in the Baltic Sea during WWII while fighting the Nazis.

Known for his love of exploring nature’s depths and heights, Putin on Saturday embarked on a deep-sea mission on board the submersible C-Explorer 3.11. This time, however, the president’s adventure had a somber tone, as the mission’s target – the wreckage of the Soviet Navy submarine ShCh-308 Syomga (‘Atlantic Salmon’) – had become a mass grave for the vessel’s crew while returning to their base near St. Petersburg during World War II.

Discovered only last year after an extensive search, the lost sub embarked on its last mission in 1942, at the height of the Second World War. Having torpedoed three Nazi transport ships, it radioed to base that it was returning with damage, but failed to make it home. Its fate remained unknown until last year, when the wreckage was discovered near an island in the Gulf of Finland, in Russian territorial waters. It turned out that the submarine was destroyed by a floating mine, and all of its crew perished.

Putin’s submersible assisted a group of deep-divers, who installed a memorial plaque with the names of the 40 Syomga crewmembers on the sub’s hull.

Calling the experience “thrilling,” Putin told reporters that it wasn’t the first time he had embarked on a dive like this, but the inspection of the historic sub made it particularly fascinating. The president, who has also done scuba diving in the past, took another submersible to go 80 meters deep into the Black Sea in 2015.

Putin said that his underwater descents, just like him flying various aircraft, let him experience first-hand what the Russians of other professions feel when they work in different environments.

“I believe I must visit the places, where our specialists work, and see how they do it – to understand better what drives many of them to choose this as a path in life.

There are many problems on the ground. To solve them, you [sometimes] have to go up, or go underwater,” he said. 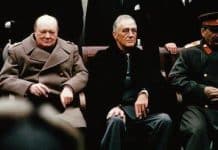 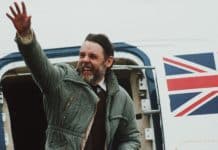