Home Investigations The Gordon Duff Files An Intel Drop: Don’t Tan This Summer, You Might Be Deported 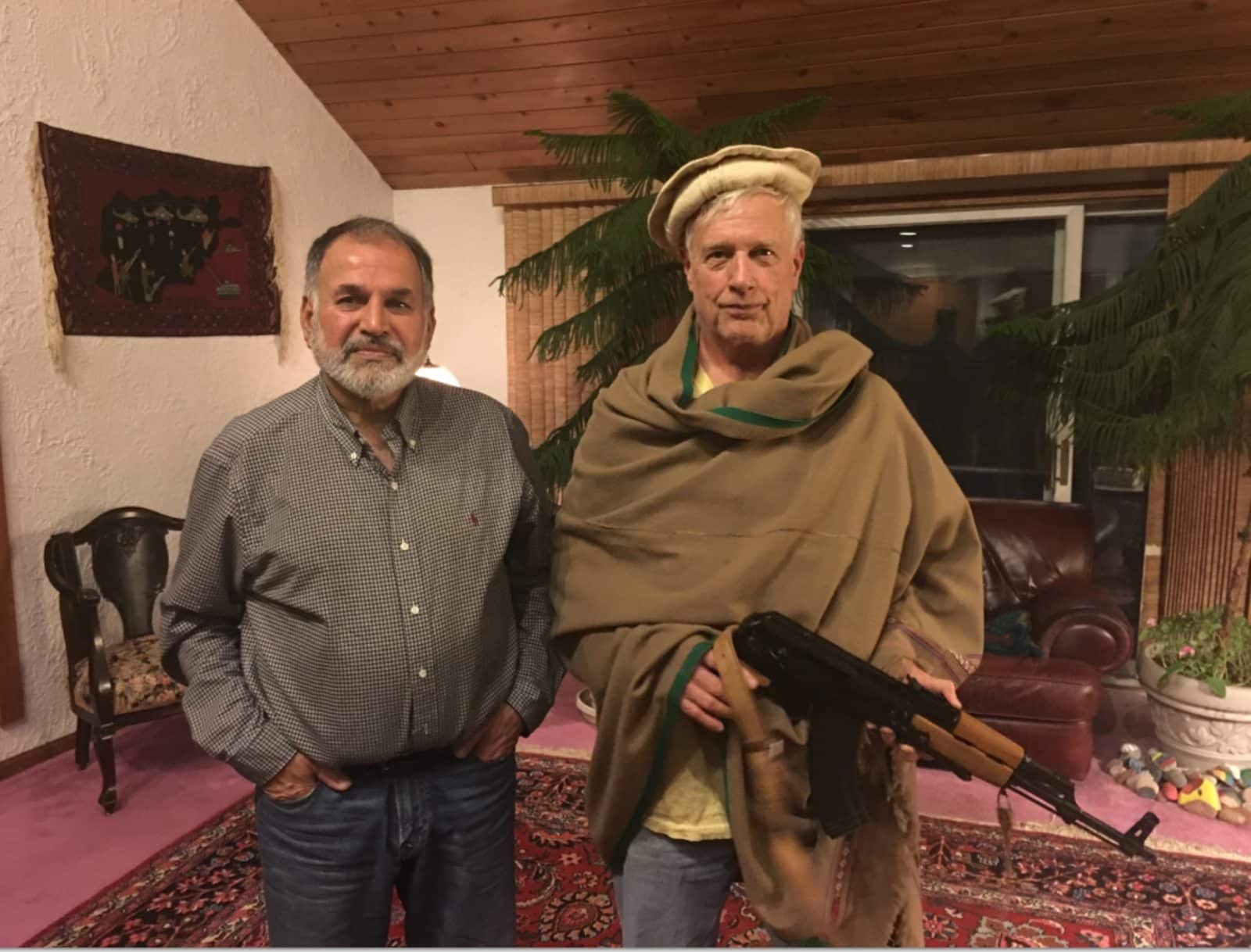 I am pushing this back up the queue because I even like it myself despite the fact I wrote it.  I am trying more often to touch issues that reflect real life.  Reporting world affairs and writing on politics and history is depressing.  Time I turned more into Tom Bodette but without keeping the lights on at Motel 6.

About 45% of Americans are “off color” based on MAGA standards.  Some are Italian, all Puerto Ricans, Samoans, Hawaiians, Native Americans, Hispanics who were in the Southwest and California centuries before whitey showed up…all are being subject to surveillance.

It has now moved into the Greek and Italian communities, of course through the Middle Eastern groups as well, with many such as Armenians, in the US for a hundred or more years escaping the holocaust.

Real ethnic Jews, about 5% of worldwide religious Jews, many Sephardics but some from Iran and Iraq, Morocco, are being followed, investigated and detained.

There’s a problem here.  Cleaning the day workers, nanny’s, gardeners, roofers, pickers and planters, those who process our meats out of America based on largely imaginary runs at the border which are CG (computer generated) in many cases…

It makes us all less free.  We need to make some hard decisions.  Those who have money, and being a 1%’er isn’t enough anymore, can live without “white trash” or “ghetto trash” or whatever.

Then we have “MAGA trash,” drugged up ignorant grifter types who molest kids and do “bible things.”  Anyone who has worked in law enforcement or corrections knows this (I was consultant to a 12 year GOP governor on police and corrections)…

Christian fundamentalism is a magnet for people who “no longer rape kids because of Jesus,” who no longer steal, no longer do lots of things because they now know its wrong because a carnival barker with a bad suit and a Mercedes (and a big house….and horses…and a pool….and a Mexican gardener…and lots of young “assistants” with knee pads….) has told them so.

As many of you know, I write for the Russian government on American political movements and history.  If anyone is going to kill us all, it will be them, just because they are clueless about who is real and who isn’t around here.

How do you explain that Christians and Jews, in America, are both the best and worst of Americans?

Here’s something to think about.  Imagine you are from North Dakota or Montana and have hated Jews and “Niggers” (sorry to offend) all your life.  You not only hate them, but when Obama was elected, you weren’t able to get an erection for 8 years. (males only here…not so sorry to offend).  After all, you had been raised on psycho-sexual “Mandingo” claptrap and ignorance all your life.

Then you move, head out to Seattle or Portland where you are around educated people.  You find yourself working around Jews, “Niggers” and “Messicans” who aren’t cartoon characters and have that revelation.  They are exactly like everyone else, perhaps even a bit nicer.

Then it happens, one of them is your boss and, worse till, treats you with fairness and appreciation, something you never found living with the stupid “white people” who are mostly bad mannered, ugly inside, and would, in most cases, be happier if you were dying of cancer.  This is simply how lower class white people are raised.

Work was always “busting chops,” with co-workers saying they wanted to “do” your “old lady” and the norm being dress and hygiene of fake biker gangs.

I call them fake because real biker gang people, other than always being armed and often selling drugs, are a fascinating subculture with tons of Kerouac and not so much “stupid white people” in them.  Riding a bike takes a soul, driving a pickup truck does not though I do admire huge pickup trucks though I drive a friggin’ Land Cruiser (and a bunch of motorcycles).

Millions of Americans in every state fear and hate Muslims because they are taught to by media controlled by people who want Americans fearful.  ICE is simply part of this, going after immigrants but, in the process, creating an environment of fear and hate that boils over into everyone’s lives.

I mention this from time to time, I live by the Canadian border.  ICE agents harass even white people with money, and I am one of those, old folks with nice cars, passports filled with stamps from expensive countries, folks who even carry military IDs.  Why?

You see, we now submit not to being “protected” by the dumbest and most hate filled on the planet that work for DHS/ICE and other organizations.  Real police are a joy compared to these people.  Police are trained and have to answer to the real world.

These others, they hate everyone.  In fact, they are more at home with immigrants than the rest of us.

You see, the US has a class structure not as bad as England but worse than anywhere in Europe.  In Europe they have Albanians and Russians as poor workers, who usually go away when picking or planting season is over.  I have an agriculture related business in Germany and we used to hire Poles who now have so much money that they could hire us.

Now its Russians and they don’t “get with the program.”

Anyway, here’s the real issue.  Americans should be able to live around who they want to but that isn’t the issue.  In order to live somewhere “nice,” you have to be someone “nice” but also demand the same of others.  I run about a quarter mile of driveway and hit it once a week with a backpack blower.

In Britain, people work on their yards, their gardens, continually, much of that country where land is hard to get, expensive to own, looks wonderful, more than that.  They also drive with ungodly courtesy and traffic moves endlessly better because of it.  They don’t talk otherwise and nobody looks you in the eye but driving involves complex rules, eye contact and hand signals that they don’t use otherwise.

Was in Iceland recently…that is a perfect version of “white America”  where people are patient and helpful almost to an extreme.  There is no tagging, no litter and almost insane politeness.  Everyone speaks American English there and they take no crap from anyone.

Here, millions live in prisons with “junk” neighbors, steeped in ignorance and fake religion.  This makes them “undependable.”

In Japan, when an American gets on a train, people move away.  Japanese, mostly anyway, are socially constrained with the exception of “office workers” who grab women whenever they can.  There is a reason the Chinese hated Japanese as occupiers.  Japanese can be total assholes.

I look at schools here.  Teachers are either competent and decent or total dickheads, steeped in gender bullshit while students come to school steeped in the Nazi culture and religious dumbfuckery that goes on in their homes.

To be happy here, you have to own property, have good neighbors, have money and never interact with any government agency, with lawyers and, most of all, not watch news or television.

If you are religious and aren’t aware you are doing this because you are afraid and lonely, chances are you are severely mentally ill.  Then its best you have that property and stay on it and I certainly hope you are happy as possible, blaming an imaginary god for the crap that goes on.

For most, however, paying bills is impossible, cars can’t be fixed, real healthcare is becoming impossible, food is crap, nobody can fix anything and nothing is made to be fixed anyway and all you can do is wish you lived in some other time.

If you live today, you are afraid and live with little hope.  If you do have money, it will never be enough.  Your children either hate you or will eventually.

If, by some chance, you live in a community where you have neighbors you like, work where your job is safe, don’t owe money and hunt and fish, or kayak and backpack for recreation, you are doing everything right.

You aren’t on social media, you don’t believe anything on the news, you still read and you spend as much time as possible working with your hands.  Chances are you wish there were a real god but know you are going to have to die to find out.

Chances are you no longer call yourself a patriot and have learned that all people are the same inside.  You try not to hurt when you see suffering and you try not to feel shame when you see the pain America’s criminal class causes the rest of the world.

You fail at these things but go on anyway and try not to be angry.  In the interim, learn to shoot.  Carry a gun…if you don’t have a bad temper or drink or use drugs…even “good drugs.”

Drive with courtesy.  Say hello to people who ignore you and keep doing it anyway.  Go out and pick up the litter near your home.  Make your yard, if you are lucky enough to have one, look as orderly as possible.

Be a good neighbor.  Be kind and human 100% of the time, which chances are you were anyway.  If you weren’t, if anger had made you a bad person, then change.

This is how normal people live.  From the Intercept:

AS IMMIGRANTS BECOME MORE AWARE OF THEIR RIGHTS, ICE STEPS UP RUSES AND SURVEILLANCE

Nausicaa Renner
AMID THE TRUMP administration’s threats to accelerate deportations, agents with U.S. Immigration and Customs Enforcement have increasingly been using deception and surveillance to make targeted arrests, according to immigrant rights groups across the country.

ICE’s use of ruses — an old tactic in which agents use false pretenses to make arrests, such as posing as local law enforcement or a representative of a company — has been more noticeable in the aftermath of President Donald Trump’s repeated threats this summer to round up immigrants in 10 major U.S. cities. While the mass arrests have yet to materialize, ICE’s enforcement operations have continued, and immigrant communities are on alert. Reports of ICE sightings and arrests have been pouring into immigration advocacy groups.