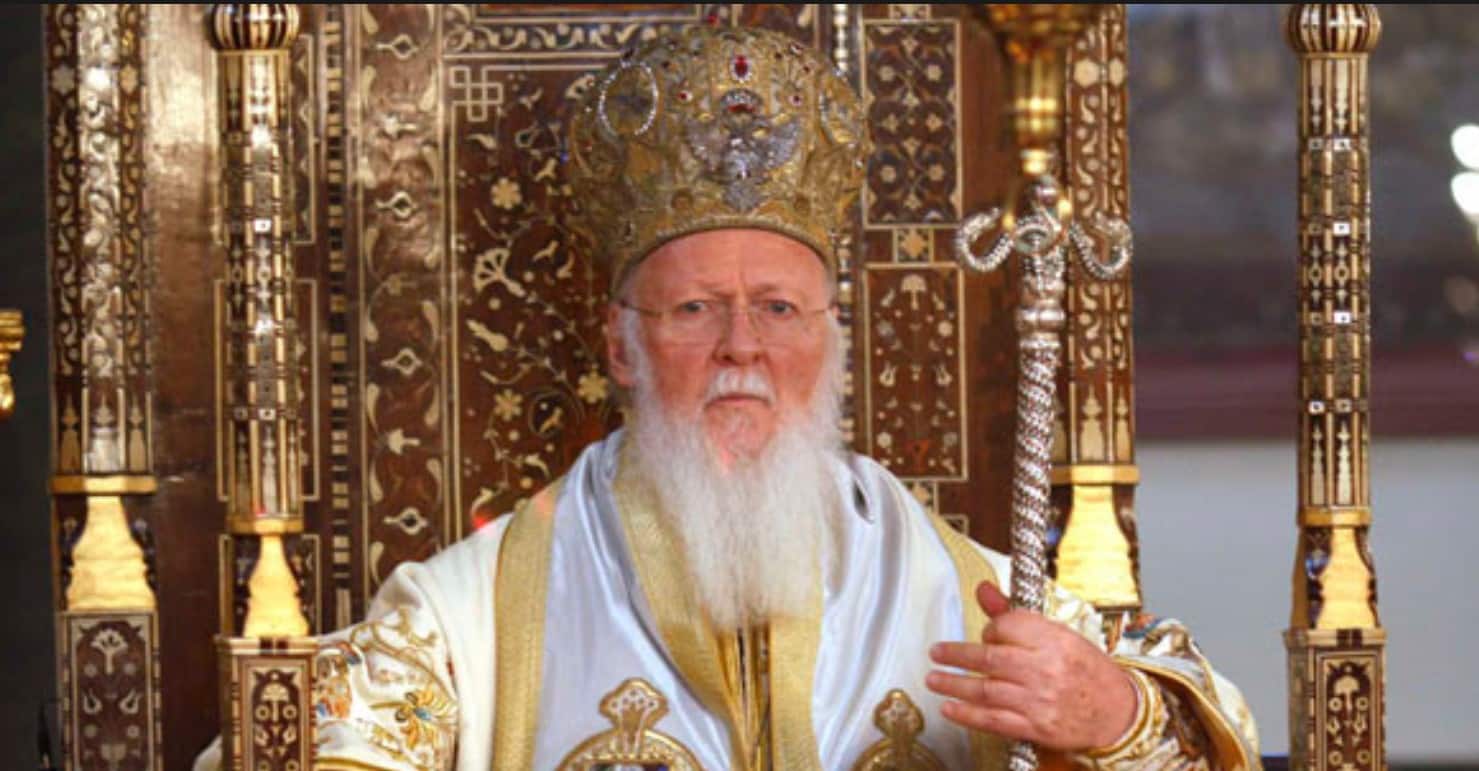 It is easier for a camel to go through the eye of a needle, than for a rich man to enter the kingdom of God — Matthew 19:24

Some thirty years later, the Turks will be celebrating the 500-year anniversary of Constantinople’s conquest. The capital of the Byzantine Empire used to amaze with its beauty and wealth.

The mighty, tall and seemingly invulnerable walls protected such architectural masterpieces as Hagia Sofia Cathedral, the Imperial Palace, Galata Tower, Hippodrome; the city kept pieces of arts belonging to antiquity, the Imperial Library contained ancient manuscripts including the ones saved from the Library of Alexandria.

The medieval traveler Benjamin of Tudela thus described the astonishing wealth of the city:

“The Greek inhabitants are very rich in gold and precious stones and they go clothed in garments of silk with gold embroidery, and they ride horses and look like princes. Wealth like that of Constantinople is not to be found in the whole world.”

However, there is nothing permanent under the sun, and the might of the Byzantine Empire began to fade in the late 12th century. In 1203, Constantinople was captured and sacked by crusaders during the Fourth Crusade. The emperor fled while the Byzantines retook the city only in 1261. Of 400,000 inhabitants, only 35,000 left, and the power of the past never returned to neither Constantinople nor Byzantine.

By 1453, Constantinople was the last major city of the empire, and its seizure by the Ottomans put an end to the once mighty state.

One of the successors of Byzantine traditions is the Patriarchate of Constantinople, which stayed in the city after its fall due to the permission of Ottoman sultan Mehmet II the Conqueror. The first patriarch under the Ottoman rule was Gennadius Scholarius, and the patriarchate became the ethnarch (leader) of Rums – all citizens who professed Orthodox Christianity.

When in 1923 the Turkish Republic was declared, the Patriarchate of Constantinople officially became an organization subject to the authorities. The state can interfere in patriarchal elections (the candidates must be Turkish by birth), and the patriarchate’s authority is limited within the borders of Turkey, as it is not recognized as a legal entity and can’t interfere in political issues.

Despite the fact that the patriarchate’s congregation is limited (in some sources, up to 2,000 Orthodox Greeks are said to reside in Turkey), the incumbent Patriarch Bartholomew and other hierarchs position themselves as the direct successors of the spiritual leaders of the Byzantine Empire in its vigor.

This is expressed not only in their requirement to recognize the “Ecumenical” (universal) status, which violates the Lausanne Treaty of 1923, but also in their habit to live like lords.

The Phanar (the name of the district in Istanbul where the patriarchate is located) enjoy entertainments, host expensive receptions and live in luxurious hotels. Bartholomew and other hierarchs travel business class only. It’s also well known about some odd wishes of the patriarch.

One of Bartholomew’s latest requirements was to rent an armored vehicle which costs some $50,000 per year in Istanbul. Of course, Turkey experiences some security issues coming from the neighboring Syria but who and why would attempt the Patriarch of Constantinople?

The reason can be the alleged ties of Bartholomew with FETO, the terror organization of the Islamic preacher Fethullah Gulen who is considered responsible for the coup attempt in 2016. Against the background of a fierce struggle against Gulenists in the country, the Primate of Constantinople may suppose that he can be subject to attacks of radical nationalists.

Another point in the Patriarchate’s expense list is hotels. In autumn 2018, members of the Order of St. Andrew (a Greek-American organization that defends the interests of Constantinople) made a one week trip to Austria where they met with Metropolitan Arsenius of Austria and various officials including the then Chancellor Sebastian Kurz. The delegation stayed at the Hotel Imperial in Vienna, which costs from $300 per night. 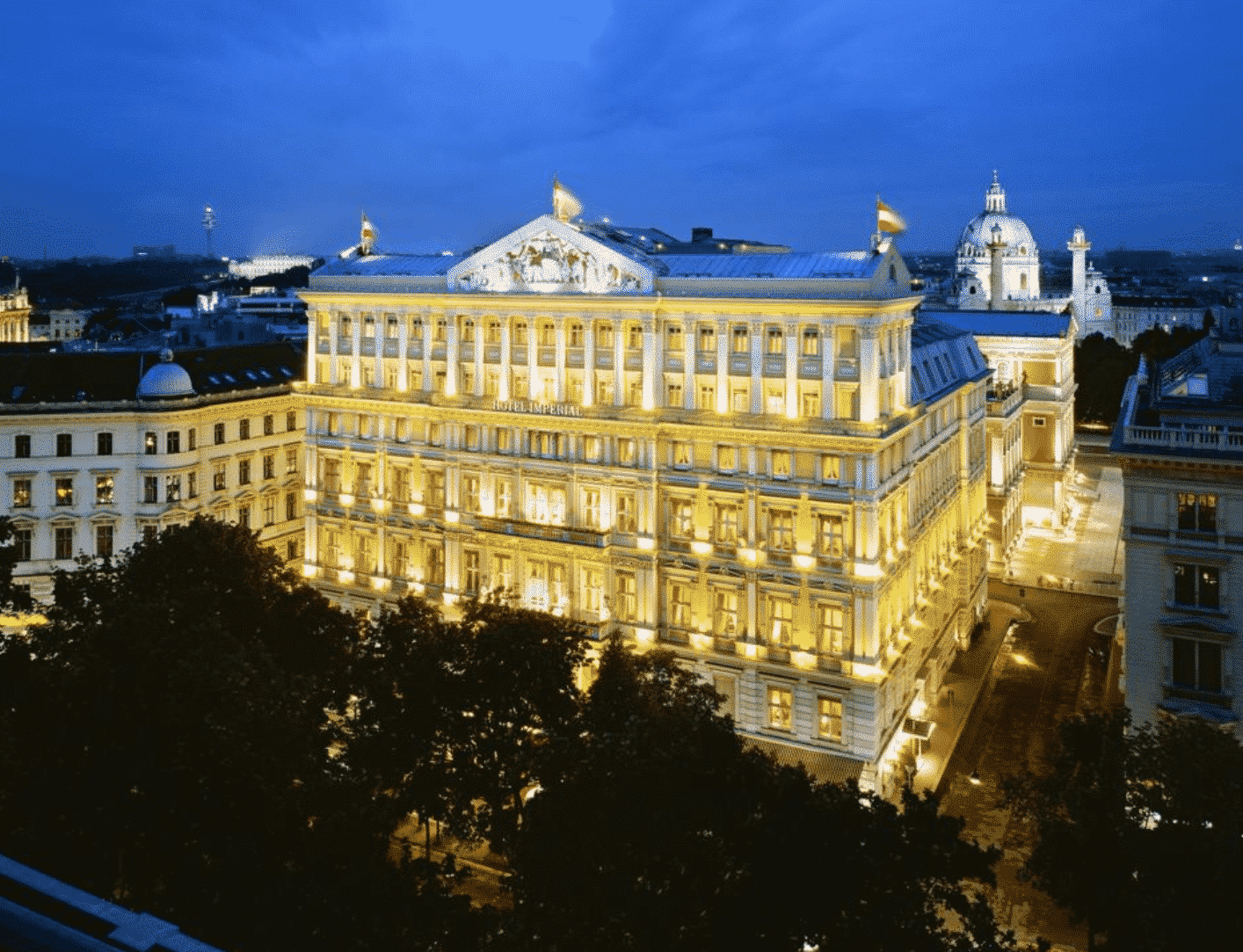 In February 2017, the forum “Sins Before Our Eyes: Modern Slavery” co-sponsored by the Phanar and hosted at the Hilton Bomonti Hotel (Istanbul) required $8,000. 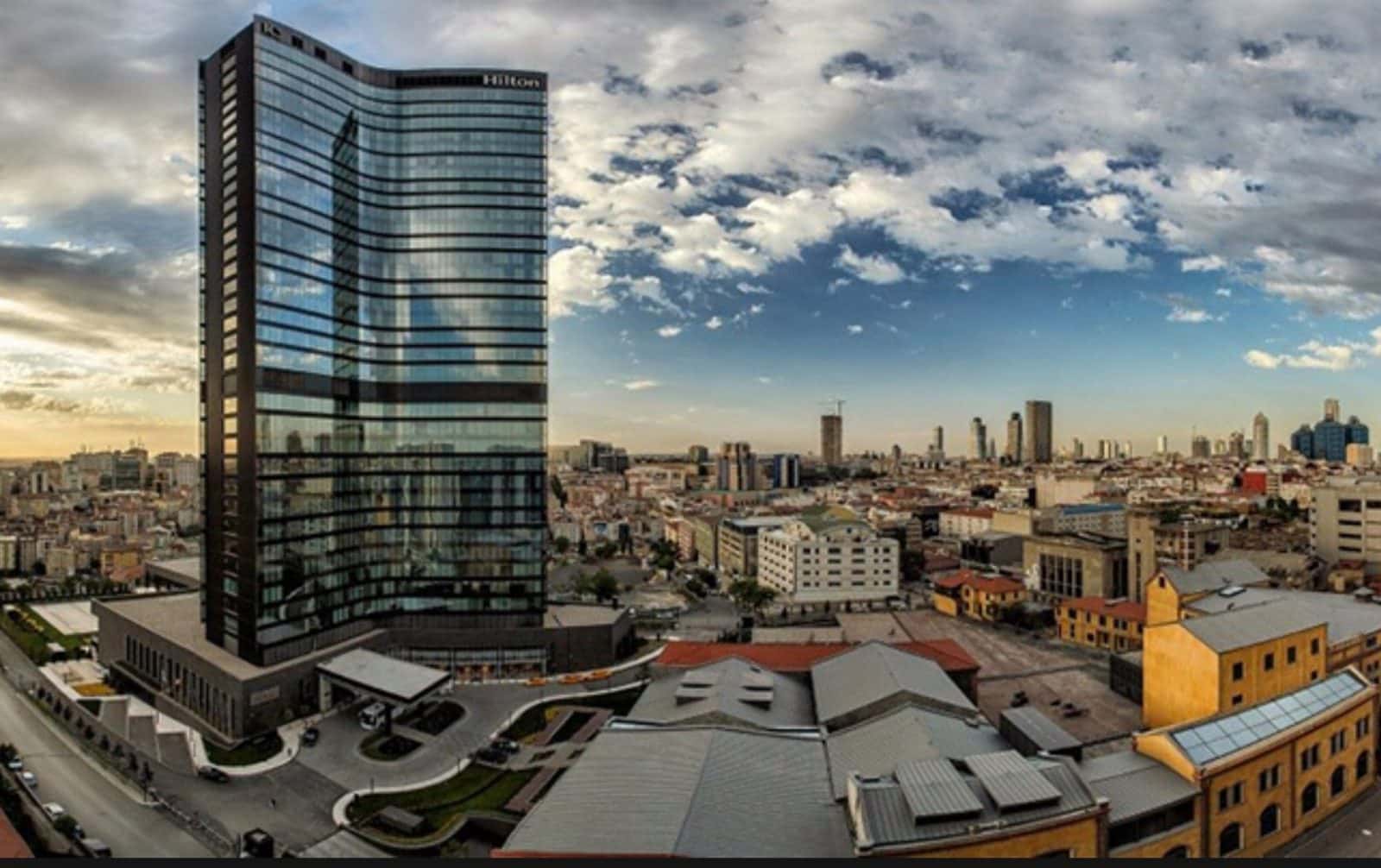 In November 2016, a reception with some 50 guests on the occasion of the Thronal Feast of the Patriarchate at the Ceylan Intercontinental Hotel in Istanbul cost more than $6,000. 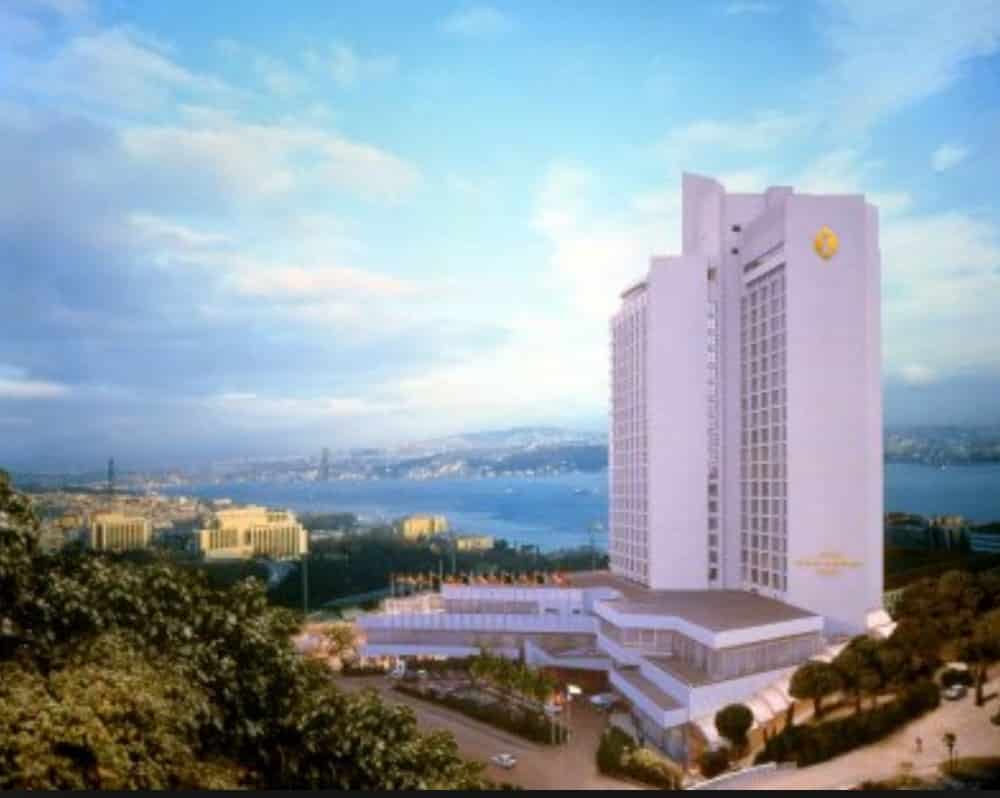 Besides, in 2016 Patriarch Bartholomew convened the Holy and Great Council in Crete. It took about $30,000 while the accommodation of the Council participants required additional $50,000.

If you have a look at another expenditure – lunches and dinners, it may seem that the Phanar suffers from gluttony. In January 2015, Patriarch Bartholomew hosted a dinner at Borsa restaurant in Istanbul for a Special Meeting of Scholars ($10,000, 31 guest).

The dinner of Metropolitan Elpidophoros Lambriniadis with Archimandrite Agathangelos Siskos and Cardinal Reinhard Marx at the same restaurant in November 2015 took $1,000. In January 2019, a dinner in honor of Metropolitan Epiphanius, the primate of the Orthodox Church of Ukraine (OCU) established by Patriarch Bartholomew and Ukrainian president Petro Poroshenko, cost more than $15,000. 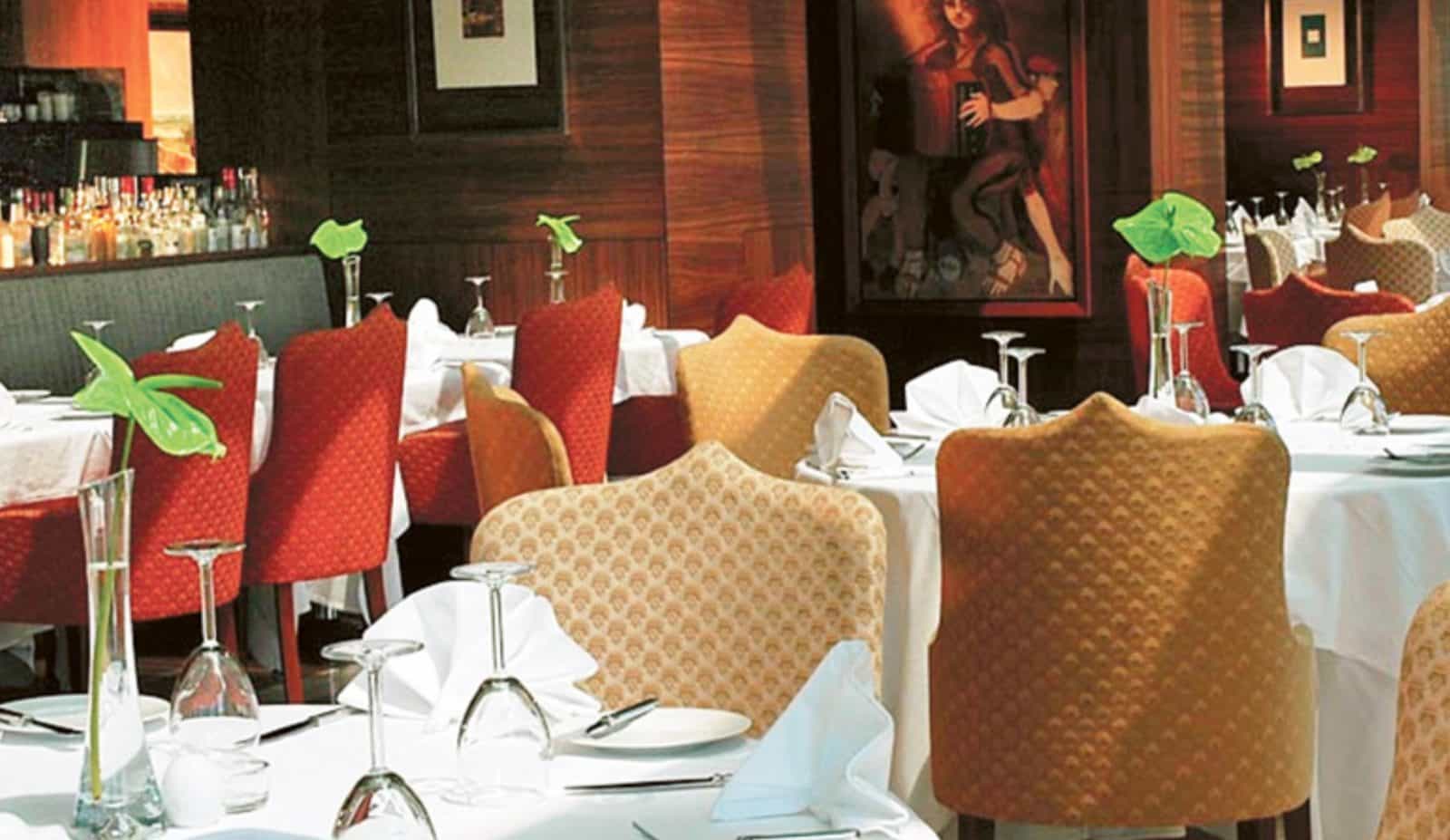 The Phanar also carries out the representative function. In connection with granting autocephaly to the OCU Constantinople’s expenses significantly rose as did the number of contacts with diplomats and high ranking members of Local Orthodox Churches (within one year, Phanar delegations visited almost all autocephalous Churches, some of them several times).

Besides, it is well known that some hierarchs of Constantinople lead quite a riotous life. Just recently a scandal broke at the Metropolis of France when precious and expensive jewelry was stolen from the residence of Metropolitan Emmanuel (Adamakis).

One may ask whose cash is the Patriarchate throwing around? First of all, this money belongs to clergy and laity of the Greek Archdiocese of America (GOARCH), on the one hand, the richest, and on the other, one of Constantinople’s most financially troubled eparchies.

The GOARCH has up to 1.5 million believers but it experiences serious issues with its accounts: the organization’s Clergy Pension Fund is rumored to be depleted soon, and the construction of St. Nicholas church in New York at Ground Zero, which was to end in 2017, hasn’t yet been completed.

Some claim that former Archbishop Demetrios of America wanted to cut the payments to Constantinople (which total up to $2 million a year) to deal with the crisis but was forced to retire. He was replaced by Bartholomew’s strong supporter and former Metropolitan of Bursa Elpidophoros, who can clear the mess with an iron hand and prevent the financial flow to the Phanar from shrinking.

Moreover, the GOARCH had to transfer 10% of its earnings to the Mother Church before, and now, to cover Constantinople’s expenses, Elpidophoros will have to collect and send 19%. Obviously, American hierarchs are displeased (their discontent was also caused by the Patriarchate’s decision to hold their primate’s elections without waiting for their list of suggested candidates).

Because of the falling number of GOARCH faithful (the elderly die while young people don’t join the Church), income from donations fell. The crises of 1998 and 2008 led to profits reduction by decreasing the group of donors amongst Greek-American business persons.

But this fact won’t stop the Phanar. The problem is not only that Patriarch Bartholomew thinks he still lives in Constantinople. Contrary to the Holy Canons, the Phanar wants to present itself as a new and supreme decision maker in the Orthodox world. It spends money not on building churches and charitable projects, but to support its ‘ecumenical status’, an historical illusion.

However, such a role even increases Constantinople’s financial demands for various conferences, summits, visits and receptions; and forces it to squeeze money from its eparchies and look for new sources of income like the newly established Orthodox Church of Ukraine, which is subject to high taxes.