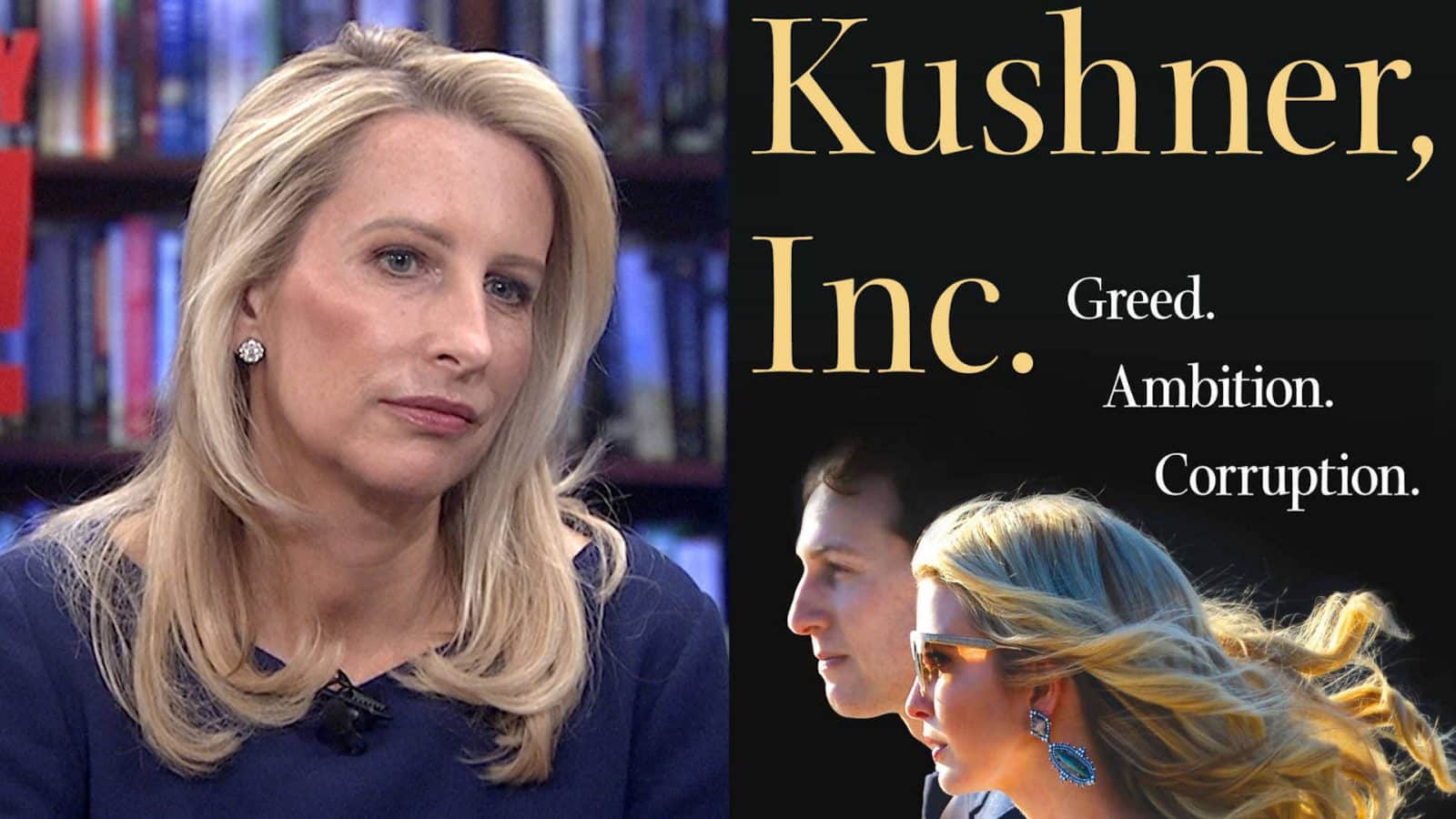 Vicky Ward’s recent book—Kushner, Inc.: Greed, Ambition, and Corruption—has enough gem for people to think about. If you think that the Kushner family doesn’t cheat, play by the rules, and abide by moral principle in order to get where they are, then think again, says Vicky ward.

Ward writes: “Beginning in the mid-1990s, at Charlie’s direction, according to legal records, the company began to commit financial fraud to fund his growing social, political, and financial ambitions.”[1] Jared, Ward moves on to say, did not even have the academic leverage to go to Harvard University. But because he was part of the privilege class, he was able to sneak his way through:

“Around the time that Jared was applying to colleges, Charlie pledged $2.5 million to Harvard and made additional promises to Princeton and Cornell. He also got New Jersey Senator Frank Lautenberg, who was an investor in at least one of his projects and to whom Kushner Companies had donated more than two hundred thousand dollars, to make a call to Senator Ted Kennedy, who, in turn, phoned Harvard’s dean of admission.

“When Jared was accepted at Harvard, his high school teachers were aghast, alternating, according to a student, between disbelief and disgust. A classmate of Jared’s, who had been in the class’s first track and who had been rejected by Harvard, cried when she heard he got in. It was unheard of for anyone in the third track at Frisch Academy to be admitted to any Ivy League school, let alone Harvard. ‘His GPA did not warrant it, his SAT scores did not warrant it,’ one school official told the author Daniel Golden.”[2]

If you think this is horrible, then you ain’t seen nothing yet. Jared’s father, Charlie, “offered a cop, Jimmy O’Toole, who was dating [Marci] Plotkin [the former chief financial officer for Charlie Kushner] and was about to retire, twenty-five thousand dollars to set up Billy [his enemy] with a prostitute and film the encounter. O’Toole was said to be reluctant at first, but eventually, in early December 2003, he reportedly had his brother, a private investigator named Tommy, set up a video camera in a digital alarm clock in a room at the Red Bull Inn, a motel on New Jersey’s Route 22.

Charlie Kushner was eventually sent to prison for 24 months for tax evasion,[4] but was nothing compared to what this man has done. How many African American people are in jail right now for ten or more years for something less offensive? Can the system explain this phenomenon to us? Isn’t that some kind of privilege?

Keep in mind that Benjamin Netanyahu once “stayed in Jared’s bedroom, while Jared slept in the basement.”[5] Charlie’s firm, says Ward, was almost exclusively Jewish: “Despite his professed liberal political views, Charlie was apparently not a big believer in diversity. Everyone at the firm was Jewish, except for some of the administrative staff, several of whom were attractive white women, hired, so it was thought by at least one senior executive, for their looks.”[6]

The next time you hear Jared talk about how his family makes America safe, then think about sending him a copy of Vicky Ward’s Kushner, Inc.